UKRAINIAN STARTUP SCENE: How to move from outsourcing outpost to innovation hub 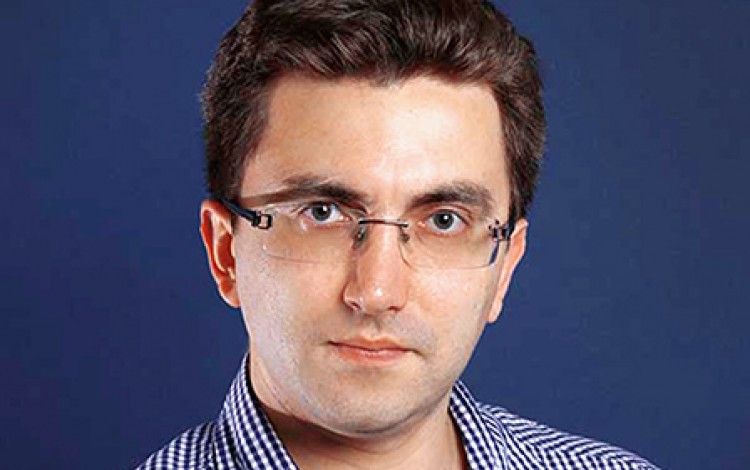 About the interviewee: Oleksii Vitchenko is the CEO and Founder of Digital Future
Business Ukraine magazine

Ukraine’s IT industry has generated considerable buzz over the past twelve months as continued robust development amid a crisis climate has illustrated the growing strength of the sector. With year-on-year expansion over the past decade well into the double figure percentage points, many analysts are now predicting the emergence of a new Silicon Valley in Eastern Europe.

This optimistic talk is not without foundation, but it may well be premature. While Ukraine’s IT industry is outperforming most of its regional rivals, it remains heavily concentrated in the outsourcing sector and has yet to make the leap towards innovation that could herald the country’s transformation into a genuine ‘startup nation’. This switch in emphasis will require considerable investment into the industry and the synthesis of Ukraine’s ample IT knowhow with the kind of business acumen required to push products on the global market. Business Ukraine magazine spoke to Oleksii Vitchenko, the CEO and Founder of Kyiv-based venture capital group Digital Future, about the challenges of mobilizing Ukraine’s potentially huge innovation economy.

“There are around 300 to 500 Ukrainian startups each year and we see most of them,” says Vitchenko. “Generally speaking, only about 5% of them are viable options for investment. We focus on the business model and not just the product.” Digital Future concentrates mostly on seed-stage capital for Ukrainian tech startups with focus on artificial intelligence (AI), Ad- Tech, mobile, E-commerce, with the end goal of helping partners build up their business before selling on to major Western investors. “We try to envisage how a project can be grown on international markets,” explains Vitchenko.

The company is as young and fresh as its ultra-hip Kyiv offices. Founded in 2014 at a time when many in Ukraine were looking to downsize or even exit the market, Digital Future is located in a stand-alone building with the interior ambience of a dot.com dynamo. Multi-coloured bannisters line the staircases while Star Trek: Voyager and Marvel Comics pop art posters line the walls. “I’m an entrepreneur who tends to see opportunities in a crisis,” Vitchenko says of the company’s 2014 foundation. “It was a chance to acquire equity at low rates. We helped numerous companies grow quickly. I like to invest in people rather than projects, and am always looking to invest in people with entrepreneurial backgrounds.”

Vitchenko likens the Ukrainian IT sector’s current emphasis on outsourcing to a convenient comfort zone and speaks wryly of the ‘coding factories’ currently dominating the domestic industry. “Moving from outsourcing to the world of startups means leaving the comfort zone of high salaries and relative job security. Startups are high risk, high stress, and high potential businesses.” The key to coaxing more people into the startup field, he believes, lies in creating opportunities for the technological and commercial sides of the business to enter into a dialogue. Digital Future holds regular events including hackathons with a specific tech focus (the company initiated the first Ukrainian AI Hachathon in April 2016), where they attempt to bring business professionals and IT specialists together. The objective is to build a diverse team capable of producing the ideal product for global markets. Vitchenko recounts an idea he heard at a recent web summit in Dublin about the ideal startup dream team that would include an Italian designer, a German financial manager, an Israeli sales team, American marketing, and Ukrainian developers.

The good news is selling Ukrainian innovation to international investors is becoming easier and the country’s knowledge industry gains in global status. Vitchenko regularly attends international events and says the reputation enjoyed by Ukrainian high tech continues to improve as more people become familiar with Ukraine’s human resources. Recent coverage of the country’s burgeoning IT sector has certainly helped this process. He also points to specific media events like the spring 2016 arrival of Antonov’s record-breaking ‘Mriya’ aircraft in Australia, arguing that they can play an important role as adverts for Ukrainian knowhow. “We received a number of inquiries from Australian companies thanks to the attention generated by the Mriya,” he shares.

These Australian inquiries are part of growing international interest in opportunities presented by the Ukrainian high tech market. As Ukraine’s profile continues to rise, Vitchenko says the industry’s brain drain is also showing signs of slowing. Ukrainian high tech industries are particularly vulnerable to the loss of human resources as young Ukrainians with highly sought-after and easily transferable skills seek better pay and greater prospects in more developed markets. However, Vitchenko says the flow of talent is no longer exclusively in one direction. “Two years ago, developers were leaving Ukraine, but now the situation is changing. Some of those who left are actually coming back because they realize they are better off here, both in terms of salaries and lifestyle.”