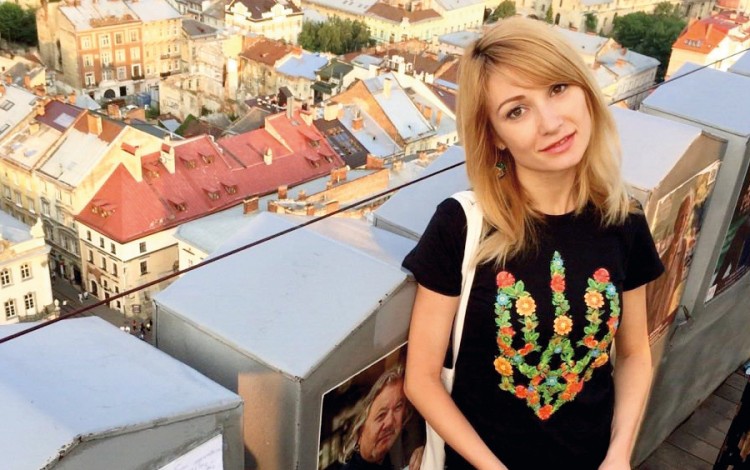 Ukraine boasts many of the attributes traditionally associated with thriving tourist destinations, including an abundance of historical monuments, natural attractions ranging from virgin forests to untouched mountain landscapes, untold miles of sun-kissed coastline, and a deep-rooted culture of hospitality. This favourable state of affairs should have led to the development of a highly profitable tourist industry in post-Soviet Ukraine. Instead, the country’s best-known visitors are currently the euphemistically dubbed ‘tourists’ from Russia who have brought war and destruction to the industrial east of the country.

Russian military intervention is not solely responsible for independent Ukraine’s failure to capitalize on its undoubted tourist potential. Prior to the Kremlin’s hybrid war, any online search for Ukrainian tourism options would have been topped by references to sex tourism, reflecting the image problems that Ukraine continues to suffer from. Poor infrastructure, shortsighted government policy and a chronic lack of international awareness have all also played their part in preventing the development of the Ukrainian tourist trade.

With the country now at a crossroads in its modern history and searching for new economic models, the development of the Ukrainian tourism industry is once more up for discussion. A new generation of Ukrainians are attempting to capitalize on a range of natural and circumstantial advantages that many believe are capable of transforming the situation and gaining a far greater slice of lucrative international tourism markets. Selling Ukraine to international audiences has never been easy, but the growing sense of national identity within the country following the Euromaidan Revolution has helped focus attention on what Ukraine has to offer the outside world.

Samopomich (‘self-help’) Party MP Anna Romanova is at the forefront of efforts to reform Ukraine’s tourism industry. Part of the new batch of young MPs to enter the Ukrainian parliament following the October 2014 general election, 30-year-old Ms. Romanova currently heads the parliamentary subcommittee for the development of tourism, resorts and recreation. A former Deputy Mayor in the historic north Ukrainian city of Chernihiv, she wrote her doctoral dissertation on the value of location branding, and is speaks with a combination of passion and frustration about the potential of ‘Brand Ukraine’.

Is wartime the right time to promote tourism?

2015 has seen the number of foreign visitors to Ukraine plummet, and Ms. Romanova attributes this decline to widespread perceptions that the whole of Ukraine is a warzone. She sees changing these perceptions as an immediate priority, and hopes that embassies in Kyiv can play a role by relaxing travel warnings advising potential tourists to avoid the country. “Lots of people seem to think that the entire country is at war, while in fact the conflict only affects a very small percentage of Ukrainian territory,” she says.

Much of the initial skepticism Ms. Romanova has encountered has come from those who argue that – regardless of the geographical extent of the actual conflict zone – wartime is no time to attempt tourism promotion initiatives. Unsurprisingly, she disagrees, and says that she has received considerable support from former Georgian President turned Odesa Governor Mikheil Saakashvili, who enjoyed considerable success promoting tourism to Georgia in the immediate aftermath of the 2008 Russian invasion. “He said that now is exactly the right time to push Ukrainian tourism, much as it is also the right time to promote Ukrainian investment opportunities,” she reflects. “We can learn from countries like Israel, where the state actively promotes tourism despite the presence of constant security concerns.”

The devaluation of the Ukrainian national currency has served to make Ukraine an economically attractive destination for foreign visitors. While prices in the hospitality sector have risen significantly over the past year, these increases have been far smaller than the drop in the real value of the Ukrainian currency, making the country one of the cheapest destinations in Europe. In order to take advantage of this increased competitiveness, Ukraine needs first to become more visible. Ms. Romanova is frustrated at the lack of government funding for tourism promotion, and complains about the complete lack of budget funding in 2015. The key challenge, she believes, is to expose international audiences to Ukraine. Personal experience has demonstrated that those who visit the country are rarely disappointed, with the vast majority pleasantly surprised by what they find. “Foreigners are always impressed. The problem is many locals don’t realize what a potential goldmine they are sitting on,” she says.

Ms. Romanova identifies health tourism, eco-tourism and so-called ‘sentimental tourism’ as three specific areas where Ukraine could excel. She points to the experience of Poland in attracting Germans whose families used to live in what is now Western Poland – a business model Ukraine could apply to the Poles themselves. Medical tourism is already a growing niche in today’s Ukraine, but Ms. Romanova thinks not enough is being done – partly because clinic directors are generally appointed on the basis of their medical skills and often lack the entrepreneurial savvy to organize a successful medical tourism business model or promote their services on competitive international markets.

Ms. Romanova is currently working with government officials and private tour operators to create new legislation that can boost the growth of the tourism industry while also securing government support for the sector. She is encouraged by plans to finance major road construction across the country in the coming few years, bringing with it the promise of greatly improved infrastructure. However, an even bigger battle must still be fought to change local attitudes towards tourism, which Ms. Romanova claims are still often rooted in Soviet notions of spending to impress rather than generating revenue streams.

The Chernihiv MP believes the Ukrainian tourism sector can bring in USD 10 billion per year, but says she regularly encounters managers of tourist attractions who are more focused on preserving ‘historical integrity’ than creating a profitable business model. “Ukraine has dozens of wonderful castles in very good condition but they are barely used,” she says. “One complex director even proudly told me he had removed the souvenir shop in order to preserve his site’s ‘historic aura’. When I suggest to them that they host weddings and corporate events, I tend to be met by looks of pure horror. They are convinced that event-hosting will lead to the ruin of their historic landmarks, despite the fact that this is standard practice throughout Europe.”

Time for Ukrainians to explore Ukraine

The crash of the hryvnia has not only made Ukraine a cheap destination for foreign visitors – it has also made international tourism prohibitively expensive for many Ukrainians. This presents opportunities for greatest domestic tourism – a sector that offers the promise of economic and social gains. The potential for Ukrainian destinations to benefit was highlighted in summer 2015, when the Black Sea resort city of Odesa enjoyed its busiest season in living memory as Ukrainians flocked south, attracted by Odesa’s bars, beaches, and vibrant nightlife scene. The ‘Odesa effect’ was also felt elsewhere along Ukraine’s Black Sea coastline, despite the close proximity of the region to Russian occupation forces in Crimea and Putin’s proxy army in the eastern Donbas.

Most Ukrainian tour operators have long overlooked domestic tourism. Instead, the focus has traditionally been on destinations like Egypt, Turkey, Greece and Bulgaria. For the generation of Ukrainians who grew up in the Soviet era when foreign travel was forbidden to all but the privileged few, spending holidays abroad carried with it a social status that was attractive in itself. With the novelty value of foreign holidays now significantly diminished and local facilities increasingly competitive compared to their international counterparts, domestic tourism could well be one of the key growth sectors in the coming few years.

Ms. Romanova believes that this process will pay social dividends, helping Ukrainians to understand their own country better and debunking many of the regional myths that have helped fuel divisions and prevent historical wounds from healing. “People used to believe that you would be beaten for speaking Russian on the streets of Lviv, but as more and more Ukrainians visit Lviv they learn that this is nonsense,” she argues. “Very few people in west Ukraine have visited east Ukraine and vice versa. If more people had spent time travelling within the country, we might have been able to avoid the conflicts of the past two years. Domestic tourism can help unite Ukraine.”

About the interviewee: Anna Romanova is an MP with Samopomich Party and Chair of the Parliamentary Subcommittee for the Development of Tourism, Resorts and Recreation.