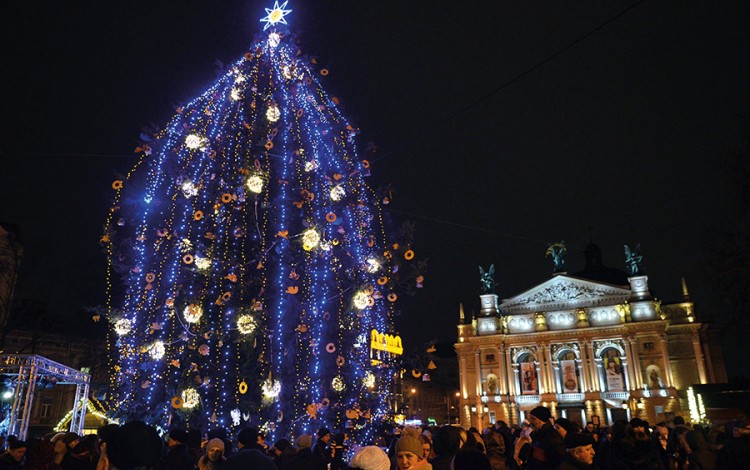 Every cloud has a silver lining. The recent devaluation of Ukraine’s hryvnia currency has combined with the geopolitical situation to fuel robust growth in the country’s domestic tourism market. With popular traditional holiday destinations in Crimea now off limits and foreign trips prohibitively expensive, more and more Ukrainians are looking at domestic options and discovering that the country actually has much to offer. Carlson Rezidor Hotel Group Vice President for Business Development David Jenkins believes this consolidation of the domestic tourism sector has helped to create the right conditions in Ukraine for long-term growth in the hospitality sector.

“If you’ve got a strong base of domestic tourism, then that is a great foundation to build on. Even if you look at top global destinations like Paris and London, the major of visitors are still domestic,” he says. Carlson Rezidor Hotel Group currently has a number of properties in Ukraine including two Radisson Blu hotels in Kyiv and a Radisson Blu hotel in Bukovel, together with a Park Inn by Radisson hotel in Donetsk, which has continued to function despite the ongoing conflict in the Donbas region. Mr. Jenkins expects a new Park Inn by Radisson hotel close to Kyiv’s Olympic Stadium to open for business in 2017, a development he says points to growing confidence in the Ukrainian hospitality sector.

However, he is most interested in the country’s two leading regional tourism destinations – Odesa and Lviv.  “We are currently targeting Odesa,” he says. “We see a number of positive trends converging, including the boost in domestic demand due to the situation with Crimea. Occupancy rates in Odesa are actually higher than in Kyiv at present. There is a clear lack of supply. We think this growing demand is sustainable for Odesa and we are actively looking.”

His hotel group is far from the only international chain currently seeking to enter the attractive Odesa market. Ukraine’s Black Sea port city has seen a huge spike in the number of annual visitors since 2014 but it remains without any recognized international hotel chains. This makes it an appealing prospect for major global brands. Numerous big names are currently exploring the possibilities for market entry, but there has been no confirmation of any major projects. “We’re confident in the strength of the Odesa market, as are our competitions,” says Mr. Jenkins. “Time will tell who gets there first.”

Odesa’s appeal is primarily rooted in the city’s close proximity to the beaches of the Black Sea and its excellent nightlife options. These attractions make it a potentially popular traditional summer holiday destination with pan-European appeal. Lviv is a different proposition altogether, offering abundant history as well as some of Europe’s most romantic and well-preserved architectural ensembles. Unsurprisingly, Mr. Jenkins says Lviv is also high up on his hotel group’s list of priorities. He spoke to Business Ukraine magazine immediately following a trip to Lviv, and his enthusiasm was evident. “It’s amazing to see the vibrancy of the city. There are all sorts of new cafes and restaurants springing up,” he says. “I’ve always been a little bit disappointed by Kyiv’s failure to sell itself as a European city break destination, but it is great to see Lviv picking up the mantel. Kyiv has never really fully capitalized on its infrastructure and beauty, but Lviv is doing exactly that.”

Mr. Jenkins says the arrival of more international hotel chains will help to put Lviv on the map for international tourists. He is enthusiastic about the way the city authorities are working to court Polish tourists, and also regards Lviv as the natural destination for Ukrainian visitors seeking a ‘European experience’. These factors make Lviv and Odesa the obvious focuses for his hotel group’s further expansion in Ukraine. However, he is already anticipating a time when the less well-known regional cities in Ukraine become the new frontiers. “We’re long been interested in Dnipro as a business destination, and have also explored the opportunities in Zaporizhia,” he says. “This interest remains, but there will need to be an improvement in the economy before these kinds of cities become genuinely attractive.”

About the interviewee: David Jenkins is the Carlson Rezidor Hotel Group Vice President for Business Development