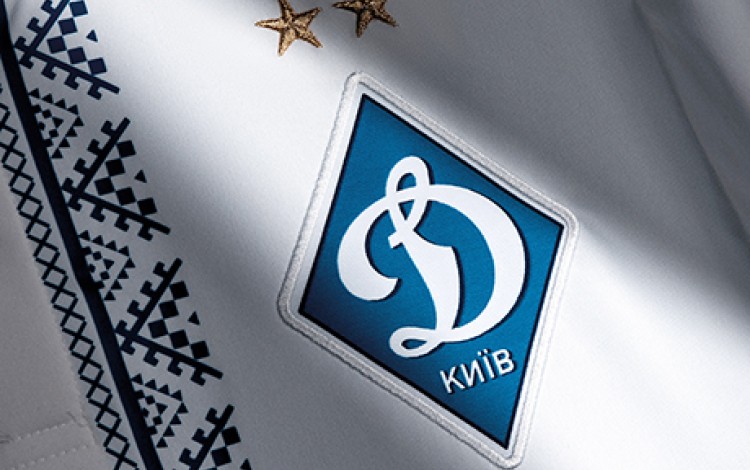 Ukraine’s national costume, the open-collared and embroidered ‘vyshyvanka’ shirt, has become one of the must-have items of the world fashion over the past two years. With Ukraine’s Euromaidan revolution and hybrid war against Russia making global headlines, an ever-expanding list of celebrities and catwalk models have been pictured sporting vyshyvankas. The latest big brand to pay homage to the eternal style of the Ukrainian vyshyvanka is German sportswear giant Adidas, which recently scored a big hit with the vyshyvanka design of the new 2016-17 Dynamo Kyiv home jersey.

Adidas enjoys a long-running association with Ukraine’s premier football club, having produced its first Dynamo Kyiv kits in the 1970s as the club was entering a golden age under coach Valeriy Lobanovskiy. Over the years, there have been numerous memorable designs, but none has caused as much excitement as the current vyshyvanka-style shirts. Football website footyheadlines.com ranked the design among the world’s top ten football shirts for the current season, while the Dynamo Kyiv players themselves have voiced their approval. Midfielder Serhiy Sydorchuk called the design ‘bright and appropriate’, while the club’s Brazilian striker Junior Moraes took to Instagram and posted: “I don’t have words to describe our new uniform! Adidas surprised us again.”

Unsurprisingly, the club’s fans have echoed this enthusiastic response. Dynamo Kyiv’s famously patriotic supporters played a key role in the development of the design, supplying their input to the club during the early planning stages. With patriotism at all-time highs in today’s Ukraine, the wishes of the supporters to opt for a vyshyvanka style received full backing from Dynamo Kyiv officials. The result is one of the most striking and original football jerseys in living memory.

Will this Dynamo Kyiv shirt go on to become an Adidas classic? Competition in this category is particularly tough. Adidas has produced many of football’s most memorable shirts, from the minimalistic 1970s orange jerseys of the Dutch national team to the celebrated ‘banana skin’ away shirts worn by the Arsenal team of the early 1990s. Other classics include the iconic ‘flag sash’ design sported by Germany’s 1990 World Cup-winning team and the acid house creations worn by the USSR sides during the twilight years of the Soviet Union.

Unlike other Adidas classics that served as templates for numerous club jerseys, the current Dynamo Kyiv kit stands out as a uniquely Ukrainian design. In this sense, it captures the current mood in the country and the growing sense of self-confidence in Kyiv itself. Dynamo Kyiv supporters can only hope it brings good luck to the team as they seek to retain their Ukrainian Premier League crown and improve on a poor start to this season’s Champions League campaign.