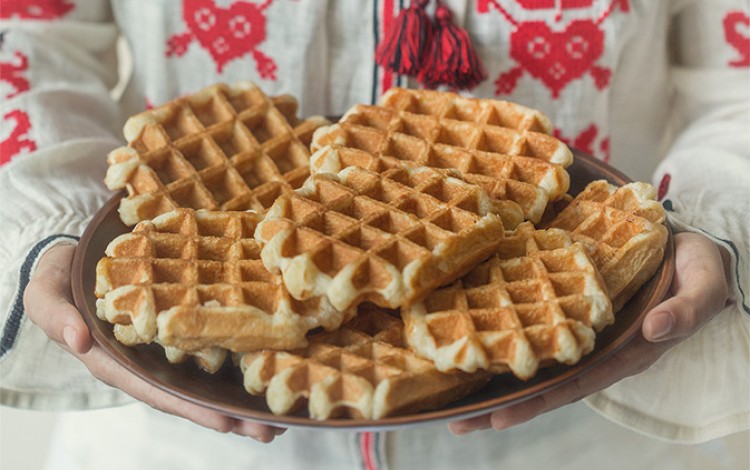 Belgium is internationally associated with waffles, but this culinary delight remained largely unknown in Ukraine until just under a decade ago. All that changed in 2008 with the launch of Gofre, a Belgian-backed Ukrainian waffle company using a combination of Ukrainian and Belgian ingredients to produce the kind of authentic waffles you would more typically find in Antwerp, Brussels or Liege. “We basically created the Ukrainian waffle market from scratch,” says Gofre Director Anastasiya Preobrazhenska. “It was initially a challenge to get people to try what was still a novelty for most Ukrainians, but once they tasted our waffles for the first time, they were soon coming back for more.”

The co-founders of the Kyiv-based company are Belgian nationals Etienne Vauthier and Miguel Irabarren, who identified a gap in the Ukrainian market for their most famous national snack. Gofre has expanded nationally and internationally since foundation in 2008, with exports to fellow former Soviet states and a network of sales points and franchises across Ukraine. Gofre waffles are also widely available in Ukrainian stores and cafes. The company has its own production facilities in Kyiv and offers either ready waffles of waffle mix. Gofre chefs use Ukrainian flour, eggs, milk, salt and yeast, but the magic ingredient is pearl sugar specially imported from Belgium.

The past few years have proved challenging for the company, with the loss of the formerly lucrative Russian export market leading to a sharp drop in demand. International exports now focus on Georgia and Belarus, while Gofre’s domestic reach has received a recent boost thanks to an agreement with Shell to sell Belgian waffles at petrol stations across Ukraine. In addition to this Shell partnership and an extensive Kyiv distribution network, the company’s waffles are also available in Dnipro, Poltava, Cherkassy and Odesa.

Despite the economic turbulence in Ukraine since 2014, Ms. Preobrazhenska stresses that the company has resisted the temptation to cut costs or reduce the quality of ingredients. “We would rather maintain our standards than cut corners. Our reputation is worth more to the company than high profit margins.” The consistency of this quality commitment is regularly tested. Gofre co-founders Mr. Vauthier and Mr. Irabarren like to pay regular unannounced visits to Kyiv in order to check up on the product, often turning up incognito at sales points across the city in order to sample the current batch of waffles. “The first thing I know about these visits is a message or a photo commenting on everything from the quality of the waffles to the friendliness of the service,” says Ms. Preobrazhenska with a smile.

The next step for the development of the Gofre brand in Ukraine will be the opening of a dedicated café in Kyiv’s Metrograd shopping center in the final weeks of 2017. The menu will feature both sweet and savory waffles along with Belgian “Pelican Rouge” coffee. “We’re trying to create a 100% authentic Belgian café experience,” says Ms. Preobrazhenska. “The best Belgian waffles and Belgian coffee in the heart of Kyiv. What more could you ask for?”