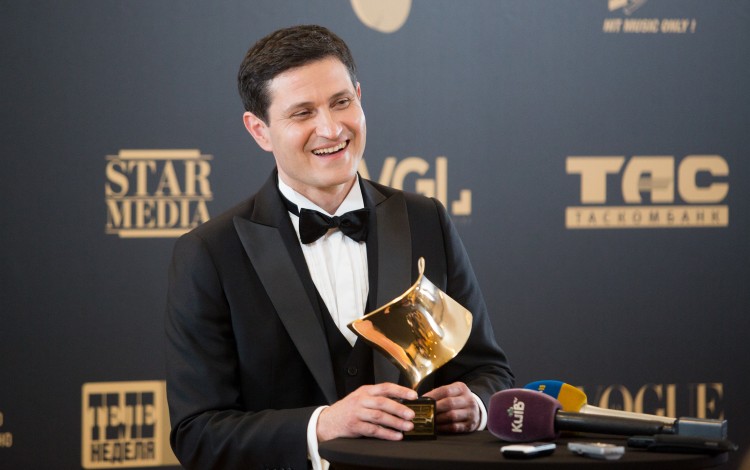 The Donbas war movie “Cyborgs” stole the show at this year’s National Film Awards on 20 April, picking up a total of six “Golden Dzigas” or Ukrainian Oscars including Best Film, Best Screenplay and Best Actor. The action-packed movie, directed by Akhtem Seitablaiev, depicts the epic 242-day defense of Donetsk International Airport by vastly outnumbered Ukrainian troops whose remarkable resilience earned them the begrudging nickname of “cyborgs” from their adversaries. It broke a series of Ukrainian box office records in 2017 and was the standout movie in a year of major cinematic breakthroughs for the rejuvenated Ukrainian film industry.

"Cyborgs" is part of a broader cinematic trend in Ukraine towards locally produced movies focusing on historic and contemporary Ukrainian issues. The rising popularity of Ukraine-themed movies is very much in line with similarly growing demand for other pop culture expressions of Ukrainian identity amid the patriotic impulses of a country seeking to come to grips with a national revolution and an ongoing conflict that many see as a war of independence. Other movies that form part of this post-revolutionary wave include a forthcoming feature film about the 1918 Battle of Kruty between troops of the fledgling Ukrainian People’s Republic and invading Bolshevik forces, and a cinematic treatment of the 2014 Russian invasion of Crimea from the point of view of sailors serving in the Ukrainian Black Sea Fleet.

The recent red carpet affair in Kyiv was the second annual National Film Awards event. The Ukrainian Film Academy hosts the awards, with the results determined based on voting by all members of the Academy. The evening presented an opportunity to take stock of the remarkable renaissance in the country’s film industry since the 2014 Revolution of Dignity. Just five years ago, a gala event of this nature would have been unthinkable because the Ukrainian film industry simply did not produce any movies of its own. A glance at the array of entries at the 2018 National Film Awards illustrates just how far Ukrainian filmmakers have come in the past few years.

The remarkable progress made since 2014 has allowed Ukrainian cinematographers to resume what was once a proud national filmmaking tradition. Ukraine has an impressive history of cinematic innovation dating back to the early years of the Bolshevik period in the 1920s. Throughout the Soviet era, Ukraine was home to some of the most celebrated studios in the USSR. However, the post-Soviet years saw the collapse of Ukrainian filmmaking, leaving local talent to seek opportunities elsewhere.

Following the Revolution of Dignity, the industry has enjoyed a remarkable revival thanks to a combination of renewed audience interest in locally produced movies and a surge in state financing. With domestic audiences now growing accustomed to watching Ukrainian movies and international distributors showing increasing interest in Ukrainian output, the industry is gaining a financial foothold that should allow it to move beyond reliance on government funding in the coming years.