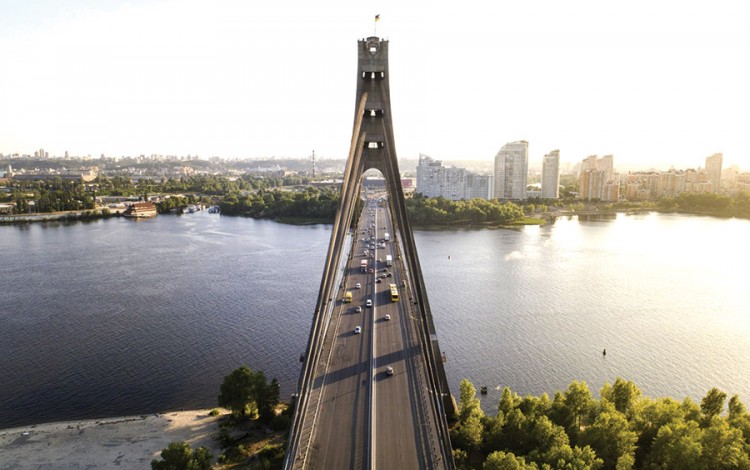 Ukraine’s business environment has undergone a series of dramatic upheavals over the past quarter of a century that mirror the wider turbulence in the parallel political and geopolitical arenas. The culture of doing business in Ukraine has evolved significantly along the way, with global trends and local nuances combining to create new norms that set the tone for business meetings and office aesthetics across the country. These top five recent changes in Ukrainian business etiquette reflect a professional climate that is absorbing international fashions while becoming more distinctly Ukrainian in its own right.

1. Digital distractions are no longer acceptable

There was a time at the dawn of the mobile communications age when telephones were a ubiquitous feature of any Ukrainian business meeting. Often placed on the table, these phones were the center of attention and many people would think nothing of breaking off a conversation mid-sentence in order to answer a call. The image of wealthy Ukrainians shouting into their mobile phones is one of the most enduring snapshots of the early 2000s, but it is now almost as dated as fax machines and photo albums. This is in some senses paradoxical. After all, the rise of smartphones has made everyone more dependent than ever on the connectivity provided by their mobile devices. Nevertheless, in contemporary Ukraine it is no longer acceptable to answer phone calls during business meetings, while many professionals routinely turn their devices off in order to avoid distractions. Indeed, business gatherings are now among the relatively few areas of modern Ukrainian life where smartphones do not enjoy 100% penetration, making them an oasis against the near-total domination of these handheld distractions.

2. Informal attire is the new black

Ukrainian business fashion used to reflect Henry Ford’s memorable quote: “You can have any color you choose, so long as it’s black.” Given the choice, business professionals overwhelmingly preferred black suits, black jackets and overcoats, black cars, and black anything else. There was also a strong accent on formality, with ladies expected to dress in heels regardless of their suitability to the given terrain, and men accustomed to wearing suits and ties as a matter of routine. Anything less ran the risk of appearing as an affront that could negatively influence sensitive negotiations or create tensions in an otherwise cordial business relationship. This somewhat stuffy approach to business dress has been on the wane for some time, especially with the growing importance of Ukraine’s decidedly informal IT sector. The recent rise of the Zelennial generation has now dealt it a deathblow. Ukrainian President Volodymyr Zelenskyy is famously informal in his costume choices, often appearing at official events in a smart but simple shirt and trouser combo. He will occasionally don a jacket, but rarely opts for a tie. President Zelenskyy’s twenty- and thirty-something colleagues in the new government share this preference for a casual smart dress code, and this trend has served to legitimize more understated approaches to business fashions throughout the country. There are limits, of course. Turning up for an important meeting in jeans and a T-shirt would still raise some eyebrows, for example. However, in most industries, anyone arriving in full suit-and-tie pomp will also likely find themselves the exception rather than the rule.

Ukraine has long been a nation of tobacco enthusiasts. Indeed, it is rare to find any period art of Ukrainian Cossacks that does not feature at least one fellow puffing away on his pipe. This has remained the case, with Ukrainians entering the twenty-first century with some of the highest smoking rates in Europe. However, the introduction of a smoking ban in Ukrainian bars and restaurants in the late 2000s succeeded in changing the culture around cigarettes and served to make it less socially acceptable to smoke during group gatherings and business meetings. The rapidly rising popularity of IQOS and other heat-not-burn smoking products has done much to reverse this trend and reintroduce smoking to the business environment. While restrictions remain in place in public venues, the relatively smokeless experience offered by IQOS has made it an increasingly commonplace feature of business meetings taking place in outdoor environments and summer terraces. Whereas many business people might think twice about the unspoken negative connotations of sparking up a traditional cigarette while conducting serious negotiations, this concern does not translate to gadgets like IQOS.

For years, the great linguistic debates within Ukrainian society have revolved around the use of the Ukrainian and Russian languages. While this has never been a particularly contentious issue within the traditionally pragmatic business community, it is now increasingly common to encounter business meetings and business correspondence conducted primarily in English. The rise of English reflects a number of parallel trends within the Ukrainian business community and Ukrainian society as a whole. One factor is the generational shift as more post-Soviet Ukrainians come of age and enter the workforce. Many members of this independence generation have significant English-language skills rooted in their school education and honed via extensive travel, daily internet usage and round-the-clock exposure to Western popular culture. This makes them infinitely more comfortable with spoken English than the previous generation raised in isolation behind the Iron Curtain. This alone would not have led to greater English-language communication within the Ukrainian business community. However, the post-Soviet generation is emerging at a time when Ukrainian businesses are broadening their horizons in an historic expansion of the country’s geographical reach. The onset of hostilities with Russia in 2014 led to the loss of access to many of Ukraine’s traditional partner markets and forced Ukrainian businesses to look beyond the post-Soviet comfort zone. Over the intervening years, Ukraine’s balance of trade has swung decisively away from the former Soviet republics, with the EU emerging as the country’s largest trading partner. India and China are now Ukraine’s biggest agricultural export markets, with a host of African and Middle Eastern countries not far behind. Meanwhile, the fast-expanding Ukrainian IT industry relies heavily on European and North American clients. Even in government circles, officials are far more likely to find themselves interacting with Western colleagues than with Russian-speakers from the ex-USSR. This geopolitical pivot towards a more Western-leaning, globalized Ukraine has fuelled the rise of the English-language within the Ukrainian business community, making it an everyday feature of meetings, digital dialogue and technical negotiations alike.

5. Smartphone taxi services and the decline of the driver

Ten years ago, it was normal to encounter small crowds of personal drivers huddling together outside Ukrainian business centers, restaurants and hotels. At the time, most businesspeople regarded drivers as a daily essential, and large companies often employed small fleets in order to keep middle management on the move. The cult of the driver was a familiar theme throughout the Ukrainian business world, with the drivers themselves often serving as sources of gossip and banter between different departments. This is still true to a degree, but the advent of efficient courier companies and the rise of digital taxi services have led to a significant decline in the prevalence of company chauffeurs. Many senior executives still insist on personal drivers, but the far larger pool of middle management professionals now tend to take the more practical approach of ordering a new taxi digitally after each separate meeting. As a result, the once ubiquitous personal driver has become something of an endangered species in today’s Ukraine. Unsurprisingly, many have switched jobs and become taxi drivers themselves.