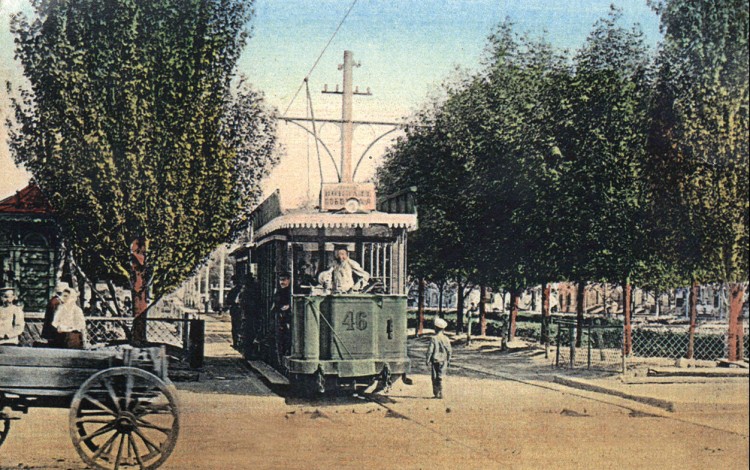 Ever since the 2004 Orange Revolution, lazy journalists and Kremlin agents alike have sought to divide Ukraine along geographical lines into separate and mutually exclusive pro-Russian and pro-European camps. According to this conveniently neat and tidy theory, people in the south and east of the country are predominantly Russian-speakers who historically lean towards Moscow, while those in the north and west of Ukraine are Ukrainian-speakers who see themselves as part of the European family of nations. This simplistic approach often serves as the point of departure for many newcomers looking to make sense of Europe’s largest and most historically damaged nation. As a general introduction to the country, it paints a hopelessly inaccurate picture of Ukraine’s complex ethnic, ancestral, regional, and generational divides. In reality, language is no indicator of political leanings in today’s Ukraine, while the country’s ideological fault lines often run through individual families.

Dnipro is a good example of the fatal flaws that undermine the “Russian East vs European West” Ukrainian narrative. The Russian Empire founded the city in the late eighteenth century as a bridgehead for the further colonization of southern Ukraine. After serving for decades as the capital of what the Tsars called “New Russia”, it later went on to become the center of the Soviet Union’s rocket industry. A closed city for much of the Communist era, Dnipro was the local stomping ground of Soviet leader Leonid Brezhnev and many of his politburo colleagues. This heritage should have been enough to make modern Dnipro a staunchly pro-Russian city, but it is nothing of the sort.

A closer look at Dnipro’s history highlights the varied international origins of today’s city. The industrial expansion of Dnipro took place in the late nineteenth century and owed much to the involvement of entrepreneurs and investors from across Europe. The industrialization of the city began in earnest in the 1880s following the discovery of significant iron ore deposits in the region. This sparked a rush of industrial expansion and investment that many have likened to the “gold fever” which had drawn waves of immigrants to California three decades earlier.

The first Dnipro metallurgical plant opened in 1887 and relied heavily on financing from French bank Societe Generale. This initial French investment attracted additional French industrialists to the city, leading to the appearance of a range of French-run machine-building factories. A prominent Belgian contingent soon joined this French community. A pair of brothers from Liege, Charles and George Shoduar, established a joint stock company in 1889 and rapidly opened three large metallurgical plants in the city. Six years later, a metallurgical society was founded in Brussels to funnel further investment into the Ukrainian city. The Belgian connection grew stronger in 1897 with the creation of the Ekaterinoslav (Tsarist era name of Dnipro – Ed.) City Railroad joint stock company, which was behind the installation of Dnipro’s first electric tram services. This tram route was a huge novelty at the time and remains a central element of the city’s public transport network today.

In the same year as the appearance of Dnipro’s tram service, Belgian capital financed the construction of the city’s first power plant. To those living Dnipro at the time, this flurry of modernization projects must have felt like the dawning of a new era. It was an era with an unmistakably European flavor. By the end of the first decade in the twentieth century, Dnipro had become one of the first cities in the Russian Empire to switch to electric street lighting.

After the French and the Belgians, the third-largest European presence in late nineteenth century Dnipro was the German business community. Spurred on by advantageous German banking terms, a number of German industrial groups appeared in the city in the 1890s. As well as metallurgy, they were also active in establishing a series of vast flour production plants to capitalize on the region’s agricultural wealth.

These major industrial endeavors spawned a wave of secondary economic expansion that attracted entrepreneurs from across Europe. While many contemporary immigrants chose to try their luck in America, others sought their fortune in the rapidly developing towns and cities of the Russian Empire’s industrial heartlands – today’s southeastern Ukraine. The story was the same across the Donbas region and along Ukraine’s Black Sea coastline. The founding father of Donetsk was Welshman John Hughes - the city was originally named Yuzovka in his honor. Likewise, almost a century earlier in 1795, Englishman Charles Gascoigne had founded nearby Luhansk. A Spanish soldier of fortune played the lead role in the establishment of Ukraine’s  biggest port city, Odesa. This Spanish adventurer was followed by an aristocratic French exile, who served as Odesa’s most celebrated governor.

This pattern of European involvement in the expanding cities of southeastern Ukraine resulted in significant European immigration. However, the region’s cosmopolitan inheritance remains largely forgotten. The sweeping drama and genocidal tragedies of the twentieth century have obscured the international origins of industrial hubs like Dnipro, leaving behind a drab Soviet monotone along with Russian claims to historical exclusivity.

Such pretentions would have seemed strange to the denizens of early twentieth century Dnipro. On the eve of WWI, the city’s population included more than ten thousand European immigrants and expat industrialists, making it one of the most diverse societies in the Russian Empire. As the city once more seeks to attract international investors, this colorful backstory offers timely inspiration.