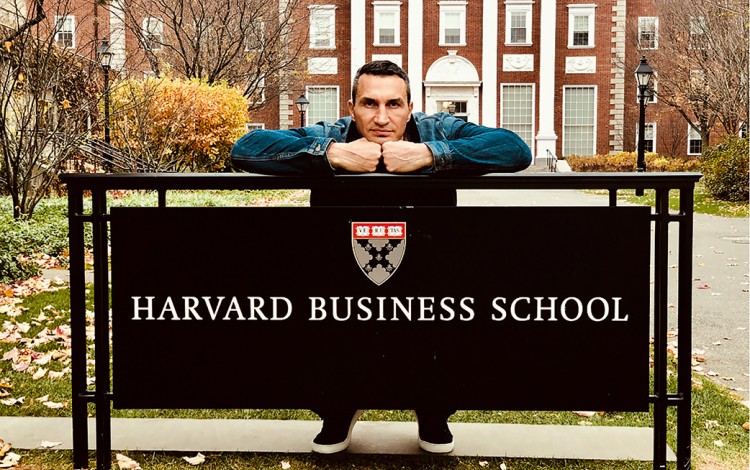 Ukraine’s former boxing world champion Wladimir Klitschko dominated the heavyweight division for over a decade and is now looking to share his unique insights with global audiences. Since hanging up his gloves in 2017, the famously erudite pugilist has set his sights on contributing to the world of academia. In February 2021, Klitschko achieved a significant milestone in his quest for academic achievement when Harvard Business School published his “Challenge Management” philosophy of life as a case study for students.

“Wladimir Klitschko’s ability to adapt, reflect, and reinvent himself is essential and more in demand than ever in this century. I have enjoyed working on this project and am looking forward to teaching it,” commented Boris Groysberg, Professor of Business Administration at Harvard Business School.

In a social media post, Klitschko expressed his sense of gratitude at having the opportunity to share his life experiences and personal perspective with Harvard Business School students. “I’m honored and privileged that my words can be used to inspire others, and used as an educational training method,” he noted. “It’s extremely rewarding to know I can give back in this way.”

The younger of Ukraine’s celebrated Klitschko boxing brothers, Wladimir enjoyed a reputation throughout his career as one of the most educated boxers in the business. This combination of brains and brawn earned him the ringside nickname “Dr. Steelhammer” during an extended reign as world heavyweight champ that saw him break record after record. Wladimir defeated a total of 23 boxers in world heavyweight championship bouts, breaking the all-time record that had previously been held by the legendary Joe Louis for over six decades. He remains one of Ukraine’s most famous faces and is particularly popular in Germany, which served as a home-from-home for much of his boxing career.