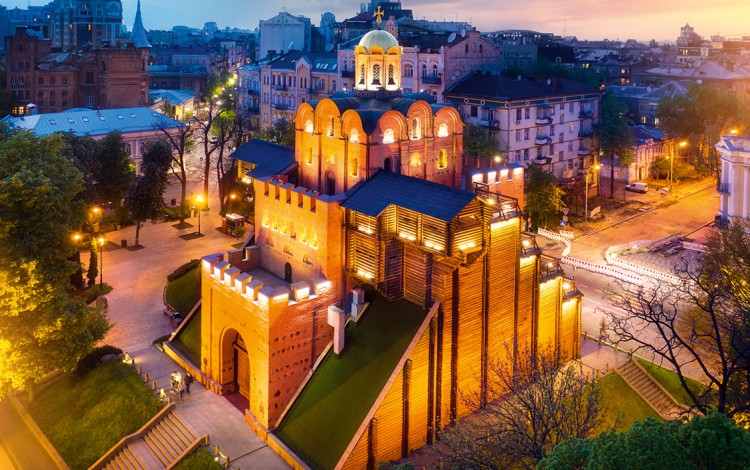 Kyiv's historic Zoloti Vorota district has been recognized among the coolest neighborhoods in the world by Time Out magazine. (Photo: Flyua)
Business Ukraine magazine

Kyiv’s historic Zoloti Vorota (“Golden Gate”) district has taken sixteenth place in Time Out magazine’s 2021 ranking of the coolest neighborhoods in the world. The district, which once served as the gateway into ancient Kyiv, has experienced considerable modernization and gentrification in recent years as part of a broader facelift that has helped spruce up the downtown area of the Ukrainian capital.

The Time Out write-up attributed Zoloti Vorota’s high position on this year’s coolest neighborhood ranking to the district’s distinctly progressive vibe. “New openings, a strong sense of community that emphasizes heritage preservation, and unconventional green spaces like the Square of Kyiv Intellectuals all make the Zoloti Vorota neighborhood the go-to place to experience the forward-looking face of Kyiv.”

This ranking of the world’s coolest neighborhoods is compiled by Time Out each year based on the results of the annual Time Out Index survey, which this year polled a total of over 27,000 city dwellers around the world. This input was then vetted by Time Out’s global network of local editors and contributors to produce a definitive list of the planet’s most fashionable urban districts.

Zoloti Vorota’s high position in this year’s ranking is the latest recognition of the Ukrainian capital’s rising international profile. Kyiv has frequently been dubbed “The New Berlin” in recent years amid growing foreign media coverage. The city is fast gaining a reputation as a popular hipster destination thanks to a vibrant bar and club scene along with an increasingly impressive selection of high quality restaurant options at affordable prices.

Another factor driving Kyiv’s increasing prominence is the expansion of budget airline services connecting the Ukrainian capital with destinations across the European Union and beyond. Since the advent of visa-free EU travel for Ukrainian citizens in 2017, the number of low-cost carriers operating Kyiv routes has mushroomed and helped make the Ukrainian capital far more accessible for weekenders in search of new city break options. While Kyiv’s growing tourism sector has been hard-hit by the Covid pandemic, there were positive signs of a revival amid a growing number of international visitors during summer 2021.