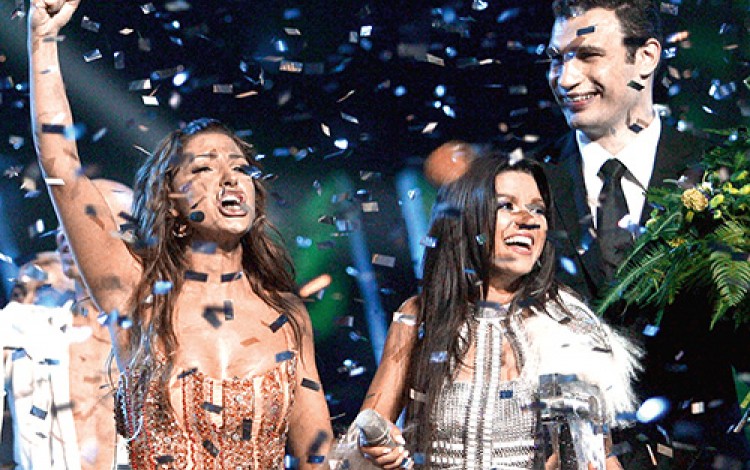 Jamala’s victory at the 2016 Eurovision Song Contest means Ukraine will host next year’s continental extravaganza. This exciting news has sparked a flurry of speculation over which city should be given the honour of staging the event, with Lviv, Dnipro, Odesa, Cherkasy and Kherson all talking up their credentials as alternatives to Kyiv. A bidding process will now determine the venue for the song contest. In all likelihood, the Ukrainian capital will end up being the location of Eurovision 2017 – a repeat of its role as host city eleven years ago. The 2005 event was widely acknowledged as a success. It also provided a number of handy pointers as Ukraine prepares to stage the country’s second Eurovision.

Prior to the 2005 Eurovision, there was much confusion among Ukrainians as to the nature of the song contest. Many Kyiv businesses seemed to regard it as something akin to a major sporting championship and prepared accordingly. Hotels, restaurants and bars braced themselves for hordes of arriving Eurovision visitors, while souvenir hawkers created entire product lines of Eurovision memorabilia. Much of this Eurovision-branded merchandise was still prominently on sale on Maidan and Andriyivskiy Uzviz many years later, reflecting the fact that Europe’s premier song contest does not attract thousands of travelling supporters. It is not the World Cup. National fan clubs do not usually flock to the event. Those who come are a niche group of kitsch-loving jokers who regard it all as a bit of a hoot.

From Ukraine’s point of view, the most important guests at Eurovision 2017 will be the hundreds of foreign journalists accredited to the event. They will arrive for the week of Eurovision and will be on the lookout for additional stories they can use in order to justify their ambitious expense accounts and general existence. This press pack represents a fantastic opportunity for Ukraine to sell itself to international audiences. Ukraine is notoriously starved of outside media attention and generally only warrants a mention when something particularly appalling or tragic happens. Over the past two years, Russia’s hybrid war has thrust the country into the international limelight, successfully scaring away both tourists and potential investors. Other than that, the majority of Ukraine-related stories tend to focus on ghoulish coverage of the Chornobyl disaster or other similarly downbeat material about AIDS and tuberculosis, mail order brides and parliamentary fistfights. These are all valid subjects, but they hardly constitute the sum total of what modern Ukraine represents.

SHOWCASING THE BEST OF UKRAINE

The Ukrainian authorities should make it their business to dazzle these Eurovision journalists with as much feel-good content as they can possibly muster. Every single day should be crammed full of fun press events designed to showcase everything from the country’s tourist attractions to its IT industry. Correspondents should be packed into the cavernous interior of the world’s largest cargo plane, the Antonov Mriya, and given a joy ride in this legend of international aviation. They should go sailing on the Kyiv Sea and enjoy picnics at Yanukovych’s ludicrously ostentatious Myzhyhirya Residence. Nightly discos should be organized on Kyiv’s downtown beaches, with a fleet on boats to ferry members of the press over to the festivities. Meanwhile, the Ukrainian cities that fail in their bid to host Eurovision should lay on special charter flights and offer journalists free day trips. Many will jump at the opportunity to break up their weeklong Kyiv residence with an afternoon sipping coffee at a Lviv café or enjoying the view at an Odesa Black Sea beach resort.

The result will be a flood of positive coverage about Ukraine. There will inevitably be much cynicism over such naked attempts to curry favour with visiting journalists, but the overall impression will be one of wonderment at the delights Ukraine has to offer. The actual hosting of Eurovision itself is important, but from a long-term perspective, the additional coverage of Ukraine it garners will have a far greater impact on perceptions of the country.