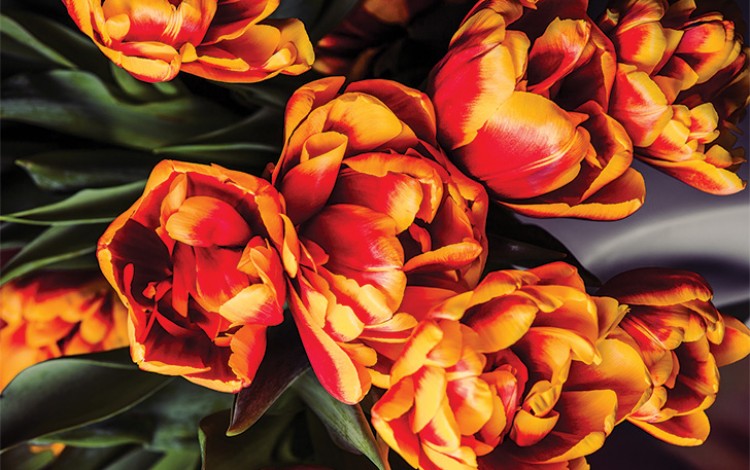 Few compliments can compare with having a flower named in your honor, but this is exactly what happened to Ukraine’s Eurovision Song Contest winning singer Jamala last year. Dutch company StoKolex bestowed the honor on the Ukrainian diva at the 2017 Flower Expo Ukraine event in Kyiv, christening a new type of tulip featuring warm orange and red coloring as the “Jamala Tulip”.

Jamala shot to international fame in 2016 with the emotionally charged ballad “1944”, which recounted the horrors of the WWII-era mass deportation of the Crimean Tatars by the Soviet authorities. The singer, who is herself a member of Ukraine’s Crimean Tatar community, captured the imagination of Eurovision Song Contest viewers with her haunting performance, becoming the second Ukrainian artist to win the competition. Her triumph sparked renewed debate over the politicization of Eurovision, with many observers seeing obvious parallels between the historic references in Jamala’s song and the current Russian occupation of Ukraine’s Crimean peninsula.

StoKolex company representatives Arno Klijbroek and Martin Kolken said they thought the singer was an ideal match for the flower, given how they both shared the same strength and brightness. The Netherlands-based company specializes in growing and exporting flower bulbs. Their primary focus is tulips but they also deliver daffodils, hyacinths, irises and lilies.