OBITUARY: Orest Subtelny – historian who introduced Ukrainians to nation's past 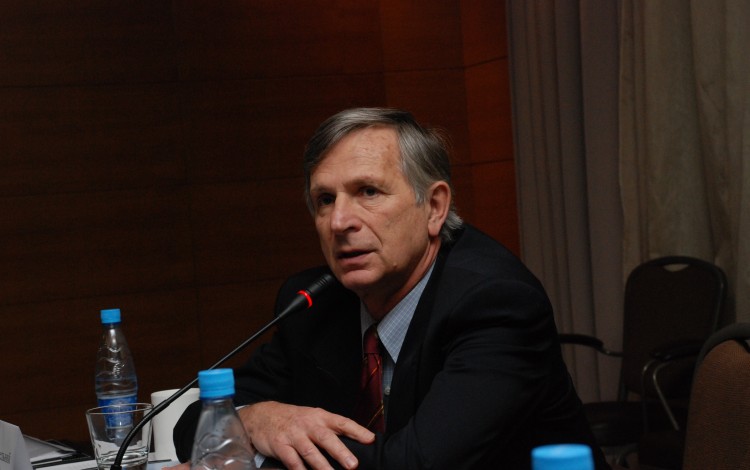 Orest Subtelny's ground breaking work 'Ukraine. A History' appeared on the eve of Ukrainian independence and went on to play a key role in the development of a national consciousness in the former Soviet republic
Taras Kuzio

On 29 July 2016, Canadian historian and Ukrainian community activist Orest Subtelny was laid to rest in Toronto. He died at the age of 75 after battling for a number of years with Alzheimer’s disease. Subtelny will be best remembered as the author of ‘Ukraine. A History’ – a ground breaking book that appeared on the eve of Ukrainian independence, allowing a generation of newly liberated Ukrainians to gain familiarity with a Ukrainian perspective on history that had long been taboo. He was in many ways the founding father of modern Ukrainian history.

The book that changed Ukraine

Orest Subtelny’s departure is a great loss to Ukrainian scholarship. For more than a quarter of a century, Toronto and specifically the University of Toronto Press has led the way in the modern writing of Ukrainian history. The first important work published was Orest Subtelny’s ‘Ukraine. A History’, which appeared in 1988 at the height of the Glasnost era. It went on to enjoy three additional print editions in 1994, 2000 and 2009. The 1988 original made a truly enormous contribution to Ukrainian nation building. Republished in the Ukrainian language in 1991 in Kyiv when Ukraine was still part of the Soviet Union, it represented a complete departure from official Soviet texts. The book was later published in Russian in 1994. Subtelny once told me that the Ukrainian and Russian versions of his book had been massively reprinted unofficially, as was the tradition in Ukraine during the largely lawless 1990s era. He estimated an overall unofficial print run totalling more than one million copies. This unauthorized republishing of his masterpiece certainly cost Subtelny in terms of unpaid royalties, but it helped cement his place in Ukrainian history. The social impact of his book simply cannot be overstated. Working for a USAID consultancy project in Donetsk in 1994, I remember being stunned to see Orest Subtelny’s ‘Ukraine. A History’ already being used at the university.

When beginning the research and writing of his ‘Ukraine. A History’ in 1985-1986, Orest Subtelny could not have known that Ukraine would become independent, or that his book would have such a strategic impact upon the country’s nation building process. In many ways, he was literally in the right place at the right time. When the USSR disintegrated, there was a scholarly vacuum in independent Ukraine and it took the best part of the following decade for new histories and school textbooks to appear. Paul R. Magocsi’s widely acclaimed ‘A History of Ukraine’ was the next to appear, with an English version released in 1996 and the Ukrainian-language edition going on sale a year later. Other important works followed at around the turn of the millennium. None has been able to recapture the potency or immediacy of Subtelny’s well-timed tome.

Ukrainians literally snapped up Subtelny’s ‘Ukraine. A History’ because it met the widespread post-Soviet hunger for Ukrainian historical perspectives supressed for decades by the Kremlin. If a million copies really were printed, one has to assume that millions of Ukrainians read it in both Ukrainian and Russian languages. We can also assume the book was a popular source for the writing of the new generation of school textbooks that appeared following the Soviet collapse.

Orest Subtelny and Paul R. Magocsi both worked in Toronto and both of their most celebrated history books were published by the University of Toronto Press. Nevertheless, these two titans of modern Ukrainian historical studies approached their subject matter in strikingly different ways. Orest Subtelny began writing his ‘Ukraine. A History’ when Ukraine was not yet an independent state. His work therefore follows the same logic as the original doyen of Ukrainian history, Myhaylo Hrushevsky, offering readers what is essentially a history of the stateless Ukrainian people. Paul R. Magocsi, on the other hand, began writing his ‘A History of Ukraine’ when Ukraine was already an independent state. He was able to follow the traditional Western approach of writing a compartmentalized history of Ukrainians and other ethnic groups living within the borders of Ukraine. This traditional Western approach to history was also multicultural in that ‘A History of Ukraine’ includes information about ethnic Ukrainians and also Russians, Poles, Crimean Tatars and Jews. The histories of Ukraine written by Orest Subtelny and Paul R. Magocsi actually complement each other by providing two parallel approaches to analysing the historical past of Ukraine. They also reflect the momentous changes that took place in Ukraine in the eight years separating their publication.

The last time I worked with Orest Subtelny was during the 2010 Ukrainian presidential elections when I organised a two-day forum of 40 leading Western academics and think tank experts in Kyiv. It was no secret that the forum was tied to the Yulia Tymoshenko election campaign, as among Western experts there was no support for her main challenger, Viktor Yanukovych. Orest Subtelny attended the forum and was warmly greeted by Yulia Tymoshenko, who had been one of the millions in the 1990s whose Ukrainian national consciousness had grown through reading his ‘Ukraine. A History’. He did not mince his words about Yanukovych, who he described as a “thug” and “mafia don”. This kind of talk was typical of Orest Subtelny. He was not an ivory tower academic. He was an internationally acclaimed historian and community activist whose roots in the Ukrainian community meant his focus was on Ukrainian national identity, the struggle for independence, and the impact of achieving statehood. His death is a huge loss for the study of Ukraine’s past but it also provides the nation with the opportunity to reflect on Subtelny’s role in helping to shape today’s Ukrainian national identity.