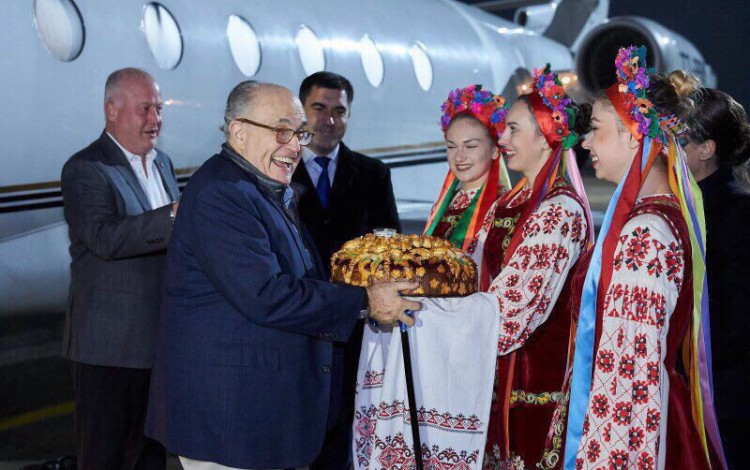 Former New York Mayor Rudolf Giuliani arrived in Kharkiv on 20 November for meetings focusing on security. Giuliani, who remains a prominent figure in the US Republican Party and an advisor to US President Donald Trump, is currently involved in cybersecurity issues.

The former Big Apple mayor was enthusiastic about the warm welcome he received in Kharkiv, sharing positive first impressions of the city and commenting on the quality of the five-star Premier Palace Hotel where he is staying.

Giuliani was particularly pleased to encounter a familiar sight in the lobby of the hotel – the leather jacket worn by his pal Arnold Schwarzenegger in the Terminator movies. “Did you know this jacket belongs to my good friend? I went to this movie!” he told reporters.

This iconic piece of Hollywood history is fast becoming something of a Kharkiv tourist attraction in its own right. It arrived in the city after Premier Palace Hotel owner Oleksandr Yaroslavsky purchased it for USD 350,000 at a charity auction in 2016 held in honor of Ukrainian boxing legend Wladimir Klitschko’s fortieth birthday.

During his stay in the capital of eastern Ukraine, Giuliani will meet with a range of municipal and regional officials before attending an event dedicated to Kharkiv security and rule of law.