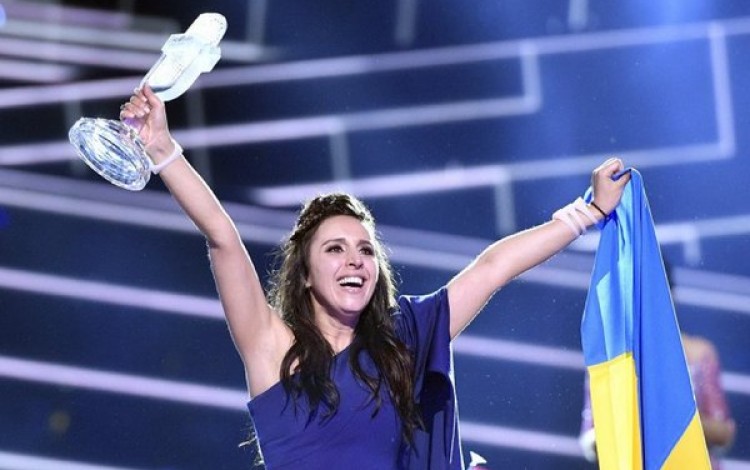 Ukraine claimed a famous victory at the 2016 Eurovision Song Contest in Stockholm as Jamala’s ‘1944’ song leapt dramatically into first place at the last moment following a confusing vote-counting procedure. The win means Kyiv will host the 2017 Eurovision Song Contest. More importantly, Jamala’s triumph will serve to focus international attention on the plight of Crimean Tatars living under Russian occupation in their Crimean homeland.

The thinly veiled political nature of Ukraine’s entry and the bizarre voting system employed at this year’s final will no doubt lead to heated debate over this year’s Eurovision result. Nevertheless, the victory will be a sweet tonic for Ukrainians struggling to deal with a Russian hybrid war in the east of the country, the ongoing Russian occupation of Crimea, and the resulting shocks to the country’s economy. Ukrainian society united behind the singer ahead of this year’s Eurovision Song Contest, with many seeing the ethnic minority Muslim as the ideal poster girl for the new sense of civic national identity gripping Ukraine in response to two years of revolution and war. Jamala will now receive a hero’s welcome in Kyiv and has surely secured her place as a major national icon.

Russia is likely to lead criticism of Ukraine’s win. Russian politicians initially tried to have Jamala’s song banned from the competition, but were thwarted when Eurovision officials ruled it did not breach strict guidelines barring political content. Kremlin disapproval of the song is rooted in embarrassment over the attention it draws to Russian treatment of the Crimean Tatar population in Occupied Crimea. Although Jamala’s ballad is ostensibly about the 1944 Soviet era deportation of the Crimean Tatar nation, few have missed the obvious parallels between this WWII crime against humanity and the current Kremlin crackdown on the Crimean Tatar community in Russian-occupied Crimea.

Jamala herself has generally downplayed the political aspects of her Eurovision entry. However, on the eve of this year’s final, she told the UK’s Guardian newspaper, “Of course it’s about 2014 as well. These two years have added so much sadness to my life. Imagine, you are a creative person, a singer, but you can’t go home for two years. You see your grandfather on Skype who is 90 years old and ill, but you can’t visit him. What am I supposed to do: just sing nice songs and forget about it? Of course I can’t do that.” After receiving the Eurovision trophy, the Ukrainian singer issued a plea for ‘peace and love’. Such platitudes are standard fare at events like Eurovision, but in the context of the Russian hybrid war in Ukraine, Jamala’s words carried added poignancy.

This is the second time Ukraine has won the Eurovision Song Contest. Diminutive Ukrainian singer Ruslana claimed victory in 2004 with her ‘Wild Dances’, catapulting her to international fame. When Ukraine’s Orange Revolution began within six months of her Eurovision success, Ruslana emerged as one of the most famous supporters of the people power uprising. Jamala’s achievement is in many ways an even bigger geopolitical story, coming at a time when the war in Ukraine has largely slipped out of the headlines. Her victory will help remind European audiences of the conflict raging on the EU’s eastern borders and the suffering of those living under Russian occupation.