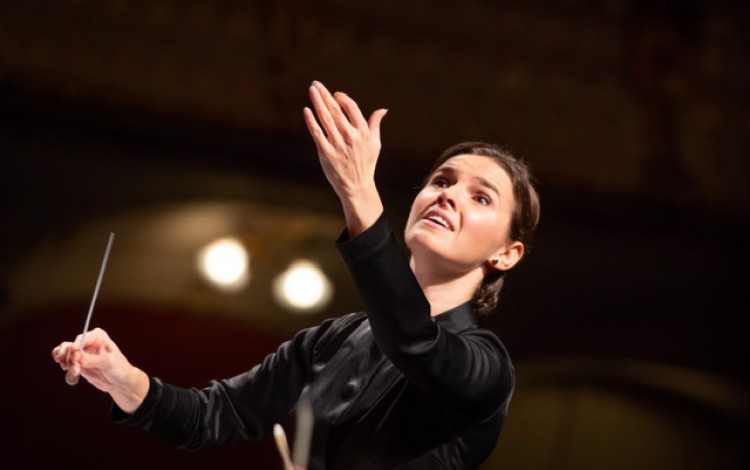 Ukrainian classical music star Oksana Lyniv will make history at next year’s Bayreuth Festival in Germany when she becomes the world renowned opera festival’s first ever female conductor. Lyniv is set to open the 2021 Bayreuth Festival, which was founded in the nineteenth century by Richard Wagner and is dedicated to his works. She will conduct a performance of Wagner’s “The Flying Dutchman” as the festival curtain-raiser.

This will not be the first time Lyniv has challenged tradition and broken down gender barriers in the famously conservative male-dominated world of classical music. In 2017, she entered the record books by becoming the first female chief conductor of the Graz Opera and the Graz Philharmonic Orchestra. She concluded her tenure in Graz at the end of the 2019-2020 season.

Lyniv was born in Brody in western Ukraine into a family of musicians. She moved to Lviv in the 1990s to continue her musical education and first conducted an orchestra at age 16. She later continued her training in Germany and has performed on many of the world’s most prestigious stages.