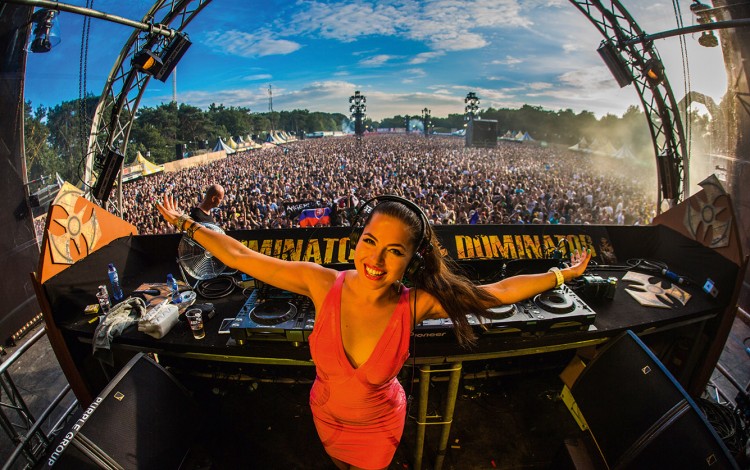 Ukrainian DJ and producer Miss K8 jumped 15 places in the 2020 edition of DJ Magazine’s influential Top 100 DJs ranking, confirming her status as one of the rising stars of international club culture. The Kyiv-born dance music diva took fifty-fourth place in this year’s poll, up from sixty-ninth position in 2019.

Miss K8, whose real name is Kateryna Kremko, is one of a number of young Ukrainians who are currently making waves on the global dance music scene. She released her first single back in 2012 and made her debut in the Top 100 DJs ranking three years later, occupying ninety-forth position in 2015. She has remained a fixture in the Top 100 DJs list ever since.

Kremko’s DJ style is described as “hardcore techno” and she claims to be best known for “dropping bass like an earthquake.” She responded to news of her improved position in the Top 100 DJs poll by posting thanks to her fans on Facebook. “My highest position so far. I’m very grateful for your strong support!” she commented.

Her success in 2020 follows on from a memorable 2019 which saw Kremko become a mother for the first time. She continued performing until she was 28 weeks pregnant, and was back behind the decks just three weeks after giving birth. Despite earning an extravagant reputation as the “queen of hardcore,” the glamorous Ukrainian says she’s spent much of the coronavirus lockdown period enjoying Netflix and devoting time to her baby.

DJ Magazine is a British monthly publication dedicated to electronic dance music and DJs. It was founded in 1991 as the UK rave scene gravitated towards inner city clubs such as Manchester’s Hacienda and London’s Ministry of Sound. The magazine has published its Top 100 DJs poll every year since the early 1990s, with the annual ranking adopting a public voting format in 1997. It is now regarded as one of the world’s biggest music polls, regularly attracting over one million voters.