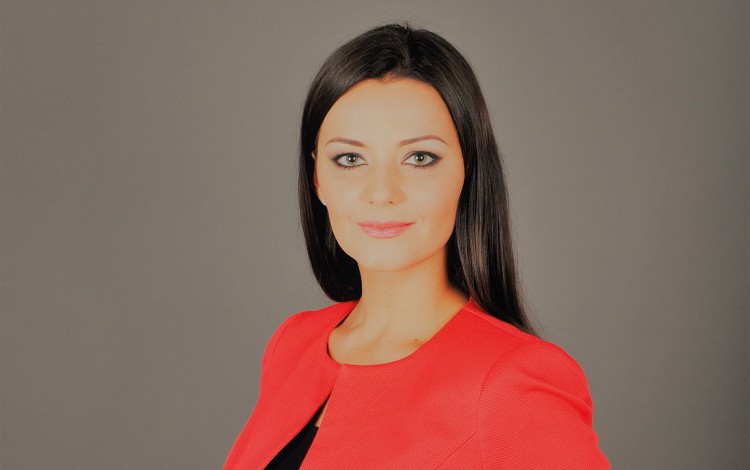 About the author: Olena Prokopenko is Head of International Relations at Reanimation Package of Reforms, Ukraine’s largest civil society coalition uniting 83 NGOs and over 300 experts. She tweets at: @O_Prokopenko_IR
Olena Prokopenko

As we look back over the past twelve months, it is clear that 2017 was the year when Ukraine’s gradual post-Maidan reform slowdown gave way to outright reform rollback. Key political forces sought to push back against reform progress made since 2014, while President Poroshenko continued the process of consolidating his influence and strengthening his power vertical, leaving Ukrainian society faced with new levels of uncertainty and political populism.

Nevertheless, thanks to the joint efforts of civil society, progressive elements within both parliament and government, and the country’s international partners, Ukraine was still able to make tangible progress in a number of reform areas during 2017. The big question now is which of these two tendencies will prevail over the coming year.

On the international stage, Ukraine secured a number of headline-grabbing reform-related successes in 2017, but also paid a high price for rollbacks. The biggest breakthrough of the year was undoubtedly the advent of visa-free travel to the EU, which finally arrived in June 2017. For most Ukrainians, visa-free EU travel is by far the most tangible benefit to come from the country’s European pivot.

This progress was somewhat undermined by setbacks elsewhere, with the IMF refusing to release a scheduled USD 1.9 billion tranche due to Ukraine’s failure to meet anti-corruption and economic reform obligations. In a best-case scenario, Ukraine will receive these IMF funds in the second quarter of 2018. Citing the same concerns, the European Commission also refused to deliver the planned third and final EUR 600 million tranche of the current macro-financial assistance program in December 2017.

This tough love stance on the part of the IMF and the EU won considerable support from reformist circles and Ukrainian civil society, with many arguing that rendering assistance regardless of Ukraine’s reform progress would send dangerous signals to the Ukrainian authorities. Many Ukrainian anti-corruption activists hope additional international funding will not be forthcoming until Ukraine is able to demonstrate genuine reform progress.

It says much about the deteriorating reform climate in 2017 that Ukraine’s most fundamental state-building reforms of the past few years were also the ones to suffer the greatest rollbacks. The list is long and inglorious. The verification of state officials’ e-declarations by the NACP (National Agency for the Prevention of Corruption), experienced sabotage. Endless delays disrupted high-profile anti-corruption court cases. Parliament tried to kill off the ProZorro electronic state procurement system. The Chairman of the Parliamentary Committee on Corruption lost his post on seemingly politically motivated grounds, while government pressure on anti-corruption actors intensified with a range of new tactics including mandatory e-declarations, defamation campaigns and physical violence.

The centerpiece of this apparent counter-revolution was the campaign against the National Anti-Corruption Bureau of Ukraine (NABU). This involved attempts to limit NABU authority, efforts to appoint a government loyalist NABU auditor, and the exposure of NABU undercover agents. At times, the confrontation resembled a war between Ukraine’s existing law enforcement agencies and the newly formed NABU.

This unprecedented attack on anti-corruption efforts provoked a strong reaction from Ukraine’s G7 international partners and sparked a steady flow of negative coverage in the Western media. International outrage was enough to ward off the most recent parliamentary attack on NABU independence in December 2017, but many observers expect the campaign against Ukraine’s fledgling anti-corruption authorities to resume in early 2018.

Domestically, one of Ukraine’s most successful post-Maidan reforms has been the decentralization process. This has seen greater authority pass from Kyiv to regional and district authorities, with more budget revenues now remaining at the local level. This process has involved the amalgamation of small and often rural communities into larger administrative units, with greater local accountability coming in tandem with better access to state funds. By the beginning of 2018, 665 individual communities had amalgamated and conducted elections, giving them access to broader administrative and budgetary autonomy.

Nevertheless, reformers hope to see further progress on this front in 2018. For example, parliament failed to grant local communities the right to dispose of land plots outside of populated areas in 2017, leaving this issue in the hands of local state administrations that tend to lack the confidence and trust of their constituencies.

Another encouraging but incomplete reform success in 2017 was the establishment of a public broadcasting company funded from the state budget. This creates the potential for the emergence of politically neutral media in Ukraine at a time when the country’s mainstream media outlets remain under the control of a handful of oligarch owners. Ukraine’s planned public broadcasting company registered as a legal entity in 2017 and elected a board. However, despite strong international support for the public broadcaster initiative, it received just 50% of the minimum state funding necessary to operate. Many experts saw this financial shortfall as an attempt to exert pressure on the editorial independence of the fledgling public broadcaster. The saga will continue in 2018.

One of the most high-profile reform successes of 2017 was the passing by parliament of a healthcare reform package championed by Acting Health Minister Ulana Suprun. This package envisages financial incentives for better quality healthcare, with patients able to choose doctors in line with the principle “the money follows the patient”. The package aims to create a more transparent medical services market and stimulate competition among doctors, with patients set to be the ultimate beneficiaries of improved healthcare. The bill underwent considerable reworking prior to adoption by parliament and significant resistance remains to this initiative, both within the healthcare system and among political groupings. This makes healthcare one of the key sectors to monitor in 2018 for signs of renewed reform rollbacks.

In late 2017, Ukraine welcomed a new Supreme Court consisting of 114 judges. Problems with this new body were immediately apparent when civil society watchdogs identified 25 of these new judges as having tainted backgrounds. However, some would argue that this represents progress when compared to the composition of the previous Supreme Court. It is also worth noting that for the first time since Ukraine gained independence in 1991, the selection process for the Supreme Court was open and included the involvement of a public control body.

Elsewhere in the sphere of judicial reform, there was little progress on the key demand to create a special anti-corruption court. Meanwhile, the largest backwards step in the fight for a functioning judiciary was the new Law on the Constitutional Court of Ukraine, which eliminated the competitive selection of judges and deepened the crisis of public trust in the judiciary.

Ukraine enters 2018 with talk once again turning to the prospects for a successful round of privatizations. While widely perceived as a potential game changer in terms of international investment, Ukraine has repeatedly failed to get its privatization bandwagon up and running. A new privatization law passed its first reading in late 2017, raising hopes that this time things might be different. If confirmed, the new law will increase transparency, minimize pricing manipulations and simplify privatization procedures.

Elsewhere in the world of international investments, business associations in Ukraine continued to identify corruption and illegal administrative pressure among the key obstacles to investment. Government officials made a number of commitments in late 2017 to reduce the potential scope for raids on offices, with new regulations limiting such search operations and requiring the presence of lawyers. There will be considerable interest in 2018 to see whether these measures prove effective.

Meanwhile, the widely criticized tax militia faced abolition in December 2016 but remains operational and actually received budget funding throughout 2017. The creation of its long-awaited replacement, the Financial Investigation Service, remains on hold due to delays blamed on the law enforcement bloc within government and the Presidential Administration.

The developments highlighted in this article offer some insight into Ukraine’s key reform priorities for 2018. Few would disagree that judicial reform remains the most urgent item on the entire reform agenda, with the establishment of an anti-corruption court based on the Venice Commission’s recommendations being the most important challenge. The coming year should also see further overhauls of the country’s existing courts in order to improve public trust in this branch of the state, which is currently among the lowest in the entire world. Meanwhile, in order to prevent any backsliding on the limited progress made since 2014, NABU must receive safeguards against further attacks on its activities and pressure on civil society actors must cease.

On the economic side of the reform agenda, it is crucial to fully adopt the new privatization law, create legal conditions for a competitive land market, establish a Financial Investigation Service, and eliminate illegal administrative pressure on business. These reforms would go a long way to improving the business climate and, together with the emergence of a functioning judiciary, would serve to attract international investment.

With 2019 parliamentary and presidential elections already looming large on the horizon, the Ukrainian political agenda over the coming twelve months will be full of populist initiatives that are easy to communicate and that carry the potential to translate into votes. This is unlikely to include potentially painful reforms. Therefore, Ukraine’s international partners will need to make full use of the considerable leverage they currently enjoy in order to prevent a further deterioration of the reform environment.

When European Union officials sit down with their Ukrainian colleagues in early 2018 to discuss the potential for a new macro-financial assistance program and its conditions, it will be an opportunity to make sure these conditions are just as stringent as the terms for the previous program. Wherever possible, these conditions can also be coordinated with other international partners, primarily the IMF. This will send a strong message to Ukraine that continued Euro-Atlantic support is not a foregone conclusion. Indeed, this conditionality could also place demands on Ukraine in order to maintain existing gains, with the trump card being visa-free EU travel.

This would be very much in line with the messaging currently coming out of Brussels. The European Commission recently reacted to appeals from Ukrainian civil society representatives by reiterating, “EU support is not unconditional.” It is high time for the EU to make it clear to Ukraine’s political elites that they cannot expect to use the rhetoric of European integration in their election campaigns while doing so little in practical terms to promote Ukraine’s alignment with European values.

About the author: Olena Prokopenko is Head of International Relations at Reanimation Package of Reforms, Ukraine’s largest civil society coalition uniting 83 NGOs and over 300 experts. She tweets at: @O_Prokopenko_IR