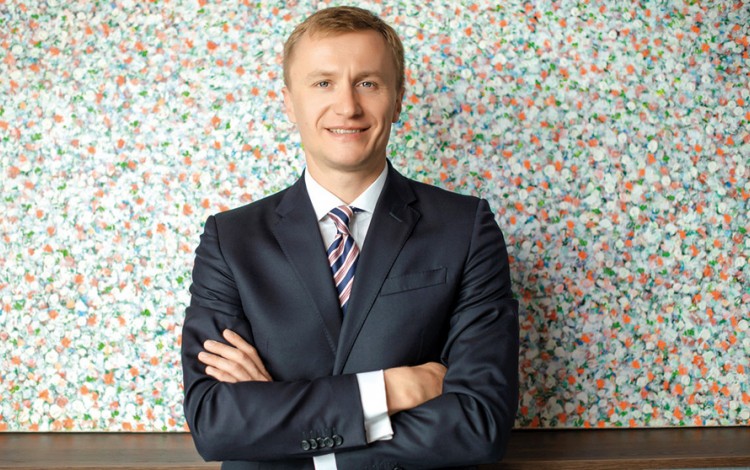 Ukraine is passing through an historic process of political, economic, and social change. These challenges have definitely impaired our economy, but they have also induced the government to initiate urgent structural reforms in the country that have served to strengthen national institutions while opening up investment opportunities in a number of strategic sectors.

Industries like agriculture, IT, energy and pharmaceuticals now offer significant growth potential. Meanwhile, major shock therapy has transformed the banking industry, with the strongest banks remaining in a reformed sector that stands on stable foundations. We also now witnessing the introduction of broadly discussed and much anticipated reforms to Ukraine’s judicial system, along with business-friendly changes to antimonopoly and corporate legislation.

The judicial reform agenda launched in Ukraine in 2016 aims to remove unprofessional, corrupt and politically engaged judges from the judiciary. Instead, the election of judges will be on a competitive basis. Other innovations include the introduction of tools such as “electronic courts” and “electronic justice”. Judges will see a substantial rise in salaries but will face dismissal if they are unable to account for their personal wealth or refuse to do so. Coming milestones along the road to reform include the removal of political influence from both the High Council of Justice and other bodies that control the judiciary.

Another positive change is the newly established institute of private bailiffs, which will operate along with state enforcement officers. In this newly competitive environment, the quality of enforcement should increase noticeably, while corruption should decrease dramatically if not disappear entirely.

The whole system of Ukrainian competition regulation has considerably improved over the past few years. One of the most striking changes has been the increased levels of transparency at the AMCU (Ukrainian Antimonopoly Committee). This does much to create a better business climate in Ukraine. Recent improvements in AMCU fines calculation practices are particularly noteworthy. The AMCU has developed fine recommendations that provide transparent and predictable guidelines for both the AMCU and the business community. Merger notification thresholds have also risen significantly. At the same time, we have seen the introduction of a simplified merger notification procedure for transactions that do not effect competition. The reform of Ukraine’s antimonopoly regulations is a major step on the path towards best EU practices and the standards set out in the EU-Ukraine Association Agreement.

Ukrainian corporate law is now encountering significant reformation aimed at further liberalization of the activities of private companies and, in parallel, improving corporate governance, transparency and the accountability of public companies. This multi-faceted process should help to attract foreign investors by establishing understandable and comprehensive rules governing the domestic market.

For the past two years, a wide range of obsolete legislation has given way to new regulations. Investors can now benefit from a number of legal tools previously unavailable in Ukraine that increase their ability to protect their rights. Care has been taken to make sure these new tools are properly applied. For example, corporate agreements can now allow partners to establish detailed rules governing the operation of joint projects, but this requires considerable effort in order to draft the requisite legal documentation.

The Ukrainian real estate industry has been going through tough times over the past few years but signs of recovery are now increasingly visible. A number of outdated Soviet-style construction regulations have given way to contemporary best practices, while we have also witnessed the removal of numerous regulatory barriers. The taxation of property transactions now benefits from greater clarity, while the creation of publicly available unified property registers has boosted transparency in the sector. Construction regulations have undergone reform towards best global practices, while real estate planning application procedures have undergone considerable simplification. All these measures have boosted confidence and investor interest in the sector.

The Ukrainian energy market has been undergoing significant change for the past few years, with serious steps taken to liberalize the Ukrainian gas market. In a bid to end gas dependence on Russia, Ukraine has developed ambitious plans to boost domestic production. For the first time in its history, Ukrainian state-owned gas production company Ukrgasvydobuvannya has signed contracts with a number of foreign gas drilling companies. Meanwhile, the entry of gas traders to the Ukrainian gas market reflects the sector’s growing competitiveness and investor appeal. Additionally, the planned unbundling of the country’s gas transmission system operator should lead to further energy sector transparency.

The Ukrainian electricity market has undergone considerable liberalization while favourable new legislation has made the renewable energy sector far more attractive to investors. Ukraine’s quest for energy independence is a matter of national security, creating a wide range of business opportunities in the renewables sector. The removal of subsidies and rising household energy tariffs have also led to mounting interest in energy efficiency.

We believe the ongoing changes taking place in Ukraine will meet the needs and expectations of the business community. It is no exaggeration to say that the existence of a fair and effective judiciary system, along with an understandable legislative environment including corporate, antimonopoly, and banking legislation, are preconditions for future economic growth. Given the developments currently taking place, we believe that what some still regard as a period of crisis is actually the ideal time for investment.