StopFake’s Margo Gontar has seen Russian information warfare up close for the last three years. As Moscow’s hybrid war against the outside world continues to expand, she shares her insights into the principles underpinning the Kremlin’s global disinformation efforts 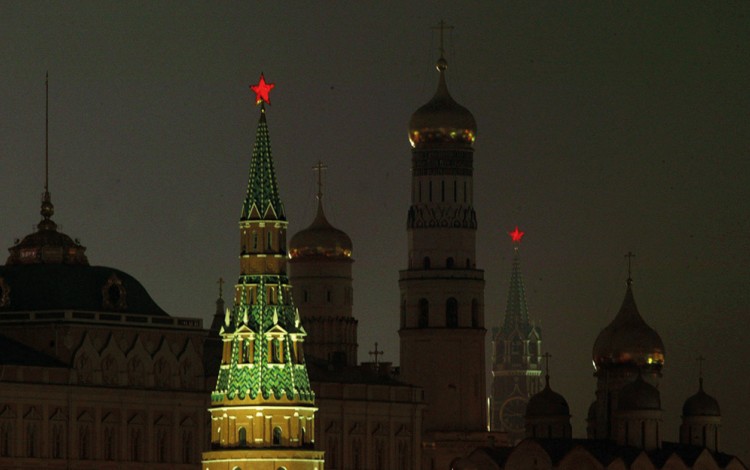 The Kremlin caught the outside world off guard when it used massive disinformation as cover to invade Ukraine in 2014 but the international community is now waking up to Russian infowar tactics. Ukraine's experience can play a crucial role in this process
Margo Gontar

For the past three and a half years, Ukrainians have been trying to push back against the fakery of the Kremlin disinformation campaigns targeting our country. More recently, this challenge has become global in scale. As Russia goes through its imperial agonies, it seems intent on sowing confusion and forcing its delusional fantasies on international audiences, regardless of the cost in money and human lives or the damage this does to Russia’s global standing.

As one of the co-founders of StopFake, I have been involved in the Ukrainian fight back against Russian propaganda since the outbreak of the current hybrid war with the invasion of Crimea in spring 2014. This experience has taught me the truth of the old adage that in order to achieve success in any conflict, you must know your enemy and never underestimate them. As media analysts and security experts around the world ponder how best to respond to the challenges posed by Russian propaganda, I would like to share the key lessons I have learned on the frontlines of the Kremlin information war.

Believe nothing. Even apparent statements of mundane fact may turn out to be anything but factual. It is vital to recognize that facts do still exist, but you must keep your feet planted firmly on the solid ground of demonstrable fact and avoid taking anything at face value. You will need this sure footing as you become drenched in lies. The flood of fake news will try to force you off this firm foundation, but you must cling to it. Take a deep breath and focus on the facts. Once you have a core factual basis in place, other facts will present themselves.

The Russian information war consistently exploits the freedoms of Western society and turns them into weapons to attack the democratic world. However, the specific methods involved are subject to rapid and often innovative evolution. Kremlin propaganda is like a virus. It mutates and changes its structure in order to adapt to the environment. Things that worked yesterday might not work today and vice versa. Like the villain in a classic horror movie, Russian propaganda is hard to defeat because it refuses to die and keeps coming back in new forms.

This is ostensibly bad news, but it does suggest that efforts to fight back are working. The very fact that Russian information warfare tactics adapt and evolve tells us that all the fact checking and debunking is actually effective. New approaches are required specifically because earlier tricks are no longer viable. The dynamic nature of Russian information warfare should serve as encouragement for anyone engaged in efforts to expose this aspect of the Kremlin’s hybrid aggression. Clearly, Moscow is monitoring our debunking efforts and responding accordingly.

Rule 3: Russia Knows All Your Weaknesses

Kremlin propaganda takes advantage of the specific weaknesses of every country or demographic, and is adept at tailoring its infowar attacks to exploit individual weaknesses. Disinformation campaigns targeting Western audiences may not always be as obvious or blatant as those used against Ukraine. Instead of undisguised anti-Ukrainian sentiment, Kremlin information offensives elsewhere in Europe tend to focus on themes like anti-immigrant sentiment or anti-Islamic and anti-EU moods. Russia will rarely attack an individual EU country directly, preferring instead to exploit existing resentments and prejudices within any given society. This makes these attacks far harder to identify than the more direct anti-Ukrainian messaging favoured by the Kremlin with regard to Ukraine itself. Russia is particularly skilled at playing on the hidden desires and weak spots of individual countries in order to undermine social cohesion and increase tensions. It has consistently demonstrated an ability to provide specific audiences with a version of reality tailored to their tastes and grievances. This is essentially a legacy of the KGB’s Cold War era information operations rebooted for the modern multimedia age.

In today’s overcrowded and overloaded multimedia environment, information is in many ways secondary to infotainment. This term, once seen as derogatory and condescending, is now here to stay. Kremlin information warfare has played a major role in the recent rise of infotainment. Russia has proven extremely proficient in the production of engaging content loaded with emotions and professionally packaged into easily digestible formats. The high production values and emotional appeal of this Russian infotainment is often so persuasive that consumers do not notice the clear Kremlin messaging it contains.

Many media observers fear that the rise of infotainment is in danger of killing off the journalistic profession and eroding basic notions of truth and falsity. It may well be true that old school journalism is indeed becoming outmoded in a world where the information arena is just another battlefield. Complex realities are simply less engaging than slick news packages that come complete with tear jerking soundtracks and carefully calibrated emotional manipulation designed to lead audiences to unambiguous moral conclusions. Luckily, facts are still the most important ingredient in any news narrative. However, media professionals need to recognize that being factually correct is no longer enough. They must acknowledge that facts are much more likely to reach mainstream audiences if they come in a shiny envelope. This is today’s media reality and there is no point protesting.

Rule 5: Russia Does Not Want to Convince You

In order to fight back against Kremlin disinformation effectively, you need to understand one thing above all others: Russia’s goal is not to make you believe what they say is true. On the contrary, the Kremlin seeks to convince you that nothing is true. Moscow aims to promote the idea that there is no definitive version of the truth. It seeks to foster a climate of scepticism towards the very notion of truth and encourage people to become cynical towards the media in general, while at the same time accepting the inevitability of fake news. The desired end goal is an international audience dominated by growing levels of apathy and intellectual laziness. Russia wants people to feel disoriented by the constant flow of contradictory information and seeks to provoke feelings of passivity and helplessness.

How can we defeat Russian information warfare? The simple answer is to continue refuting, debunking and exposing lies, while at the same time relentlessly promoting fact-based narratives. Facts matter and fact checking matters, even in a media environment where presentation is increasingly crucial. Quality journalism will always depend on a solid factual foundation, regardless of the growing importance of engaging storytelling.

It is also essential to remain vigilant. The Russian information war is a long-term phenomenon that we must get used to living with, but it will remain dynamic in character, evolving and mutating continuously. Those seeking to oppose Kremlin disinformation will have to be similarly innovative in order to have any hope of success.

About the author: Margo Gontar is co-founder of StopFake.org and producer/presenter at StopFakeNews