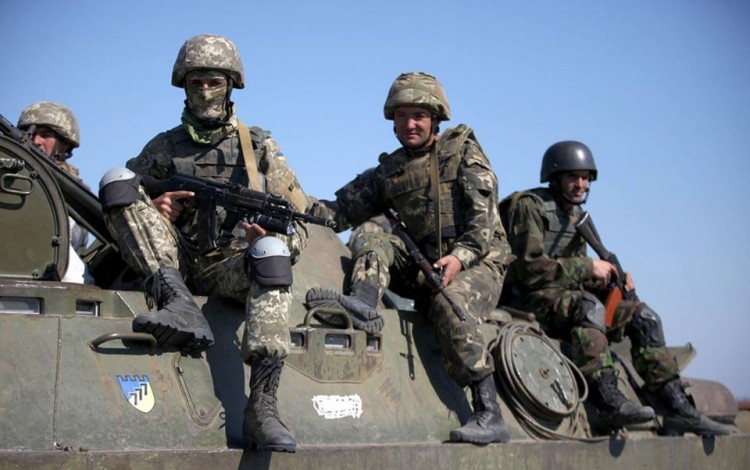 Eighteen months ago, when Russia launched a hybrid war in east Ukraine, the Kremlin was confident that its proxies would face little or no military resistance. At the time, this seemed like a reasonable assumption. Ukraine had just surrendered Crimea without a fight and could muster just 6,000 troops. The Ukrainian army, in practical terms, had ceased to exist.

The events of the intervening one and a half years represent nothing short of a military miracle. Today, the Ukrainian army boasts hundreds of thousands of soldiers, the majority of them battle-hardened combat veterans. They have succeeded in holding a vast front line against Russian-backed opponents who are more heavily armed than just about any conventional army in today’s Europe. The tide of Russian expansionism, which in spring 2014 threatened to sweep all the way to Kyiv, has been stemmed, leaving the Kremlin with an undersized enclave it does not want and a war it cannot win.

Ukraine’s unlikely military recovery has been a miracle of volunteerism. Thousands of ordinary Ukrainians have volunteered to join the defence of the country, while millions more have contributed to the fundraising and supply efforts that have helped bridge the gap created by the chronic lack of state support for the armed forces. The result has been the creation of a ‘People’s Army’ in the truest sense of the term.

The remarkable tale of Ukraine’s against-all-odds fight back has yet to receive the coverage it warrants. Instead, media attention has focused on fringe political extremism, top brass corruption, draft-dodging, supply woes, and individual military setbacks. While these concerns are all valid, they are mere footnotes when compared to the far bigger story of Ukraine’s military resurrection and its impact on the geopolitical balance in the region. Without the armed resistance Ukraine has mounted in the east of the country, Russian tanks would likely have reached the Dnipro River by mid-2014, and the Kremlin would now be negotiating a new status quo with a trembling Brussels while firmly entrenched on the borders of the EU itself.

It is time to recognize the role Ukraine’s military miracle has played in blunting Putin’s imperial aggression. Sanctions, diplomatic bluster and falling oil prices have all attracted their fair share of international headlines, but the unexpectedly high price that Russian commanders have had to pay for every inch of Ukrainian land has been decisive in persuading the Kremlin to scale down its ambitions. Economic costs were no doubt anticipated when the Kremlin launched its hybrid war campaign, but nobody expected Ukraine to put up such a fight. In contrast to the defiant public stance the Kremlin has adopted towards sanctions, Russia has gone to extreme lengths to conceal the deaths of Russian soldiers in Ukraine. It is reasonable to assume that a fear of far greater numbers of casualties has played in a key role in preventing renewed escalations.

The cost to Ukraine has also been tragically high. Ukrainian society will carry the scars of Putin’s hybrid war for generations, and the scale of the psychological damage has yet to be fully appreciated. Understandably, there is little current appetite for triumphalism. Nevertheless, there is no escaping the huge debt owed to the men and women behind Ukraine’s military miracle. Their valor has laid the foundations for the new Ukraine, while shielding the rest of Europe from the Kremlin’s revisionist doctrine of occupation and annexation. History will eventually be kind to these unsung heroes, but those of us who are lucky enough to live in Ukraine do not have to wait so long. We have the chance to express our gratitude on a daily basis, whenever we see a member of the armed forces or a volunteer. Such small gestures may seem insignificant given the historic scale of the events gripping Ukraine, but it is the least we can all do.