DEFENDING KYIV: Ukraine’s capital city does not deserve to be branded “unlivable” 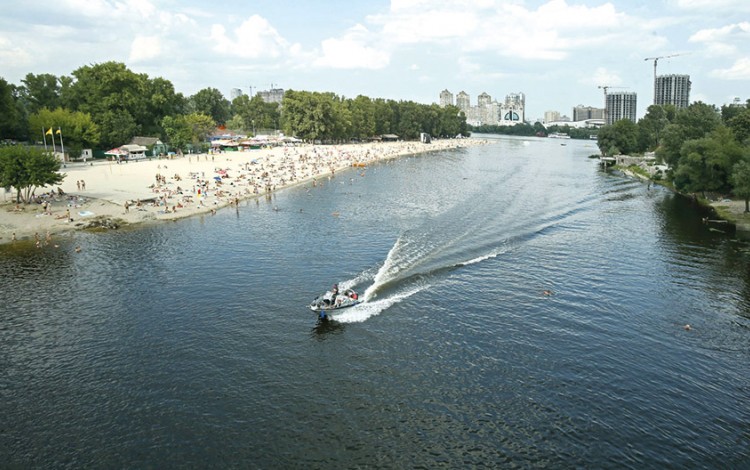 I cannot understand how The Economist Intelligence Unit came to rank Kyiv in the bottom ten of the 140 capital cities featured in its annual Global Liveability Report for 2017, but I can only assume that those in charge of the report have never actually visited the Ukrainian capital.

While far from perfect, Kyiv boasts many unique attributes and appealing assets that make it a wonderful place to live and work. As a British expat, I have lived all over the world during my professional career but have chosen to make Kyiv my home for the past quarter of a century. I have been lucky enough to witness this naturally stunning city evolve and improve. For the benefit of the Economist Intelligence Unit, here are just a few of the reasons why I regard the Ukrainian capital as one of Europe’s most “livable” cities.

The Kyiv metro is clean, efficient and orderly. It is also probably the cheapest metro system of comparable size and scale in the whole world. A single journey costs less than EUR 0.2, while an unlimited monthly travel pass is yours for just EUR 10. You rarely have to wait for a train and delays are almost unheard of. Taxi coverage is also excellent. Where else in Europe but Kyiv could you get a taxi at any hour of day or night, seven days a week, for mere pennies? Trips to the international airport can cost as little as EUR 10, despite the distance of more than 40km from the downtown area.

Kyiv is one of Europe’s largest cities but it has a laidback ambience that has led many to dub it “the world’s biggest village”. Perhaps this chilled out atmosphere is partially down to the many miles of sandy beaches that line the Dnipro River that splits Kyiv in two. There are literally hundreds of beaches located inside the city limits, with many within walking distance of the city center itself. Many of Kyiv’s best beaches are located on islands in the middle of the Dnipro River, offering spectacular views of the ancient Kyiv hills and the Lavra Monastery. I do not know of any other European capitals that can offer you all this.

Kyiv is internationally renowned as one of Europe’s greenest cities because it boasts 100 park and nearly 500 public gardens. There are also a large number of tree-lined boulevards throughout the city, which bloom in springtime and create a sensational annual explosion of color.

As a very keen amateur chef and Chairman of The Ukrainian Connoisseurs Club (TUCC), I believe I have the requisite competence to write about Kyiv's culinary scene, both in terms of quality and availability. The diversity of products available in many of Kyiv’s newer supermarket chains is immense. It could even put many Western supermarkets to shame. Due to the ever-widening range of locally sourced products at relatively low prices, you can eat at home or dine out at very affordable prices while enjoying some excellent products like duck or goose breast, Angus beef, goat cheese, wild mushrooms, snail caviar (that's a new one), Black Sea oysters and mussels. You can always rely on a great selection of in-store baked breads on offer at prices that are often 50% lower than in EU countries. These low prices are also a feature of Kyiv restaurants. For example, the TUCC is able to host four course dinners with wines, aperitifs, coffee and tea in excellent restaurants for only EUR 40. There are now more restaurants than ever in Kyiv, with new venues constantly popping up to cater to all tastes and budgets. Even street food has become fashionable, with regular hipster events designed to promote the latest in funky fast food options.

The population of Kyiv is officially less than three million but it is actually much more - possibly as high as five million. The Ukrainian capital attracts people from all over Ukraine and has a lively international community drawn from across the globe. Despite its size, it is a remarkably friendly and welcoming place, allowing newcomers to feel “at home” from day one. This is something difficult to gauge with any scientific accuracy but it is a factor that expats in particular often comment on. Kyiv is also safe. The Economist report cited instability as one of the reasons behind its low marks for the Ukrainian capital, but the hybrid conflict with Russia is actually many hundreds of kilometers to the east and has not had any discernible impact on security in Kyiv. It remains a relatively safe city where street crime is far rarer than in many European capitals.

I never leave Kyiv during the summer months because the weather is generally better than in virtually any of the fashionable European beach resorts I could choose to visit. As I write this article in my Kyiv office, the temperature is in the low thirties with clear blue skies and a pleasant breeze. It has been more or less this way since May. Kyiv also boasts a great range of seasonal variations. While the summers are long and hot, the winters are equally impressive. This allows for a range of different activities including everything from beach fun to ice fishing.

Much like the rest of Ukraine, Kyiv has experienced a rollercoaster ride of political and economic upheavals since the fall of the Soviet Union. However, despite Vladimir Putin’s best efforts, post-Soviet Ukraine seems to have chosen the path of integration with the rest of Europe rather than a return to Russia. Kyiv has been at the forefront of this process, especially during the 2004 Orange Revolution and the 2014 Euromaidan Revolution. The Kremlin’s actions have tended to consolidate Ukraine’s sense of national identity, regardless of whether people are Orthodox or Catholic, Russian- or Ukrainian-speaking. As the Ukrainian nation has united and consolidated, Kyiv’s status has visibly grown. This has added to the vibrancy and self-confidence of the city.

Many readers will find fault with the above points, or claim that as a privileged expat, my experience is far from typical. I would certainly agree that life is tough for the many Kyiv residents struggling on low salaries, while there is little positive to say about the often incompetent or corrupt local and national authorities. Much of the city’s infrastructure is in desperately poor shape, and public services are often inadequate. Nevertheless, the populations of many major cities have similar complaints, while relatively few enjoy the advantages of Kyiv. There is still a long way to go before the Ukrainian capital can take its place alongside Europe’s top cities. However, calling it one of the world’s least livable cities is complete and utter rubbish.

About the author: Terry Pickard has lived in Kyiv since 1992. He is Chairman of Pickard real estate agency and founder of The Ukrainian Connoisseurs Club