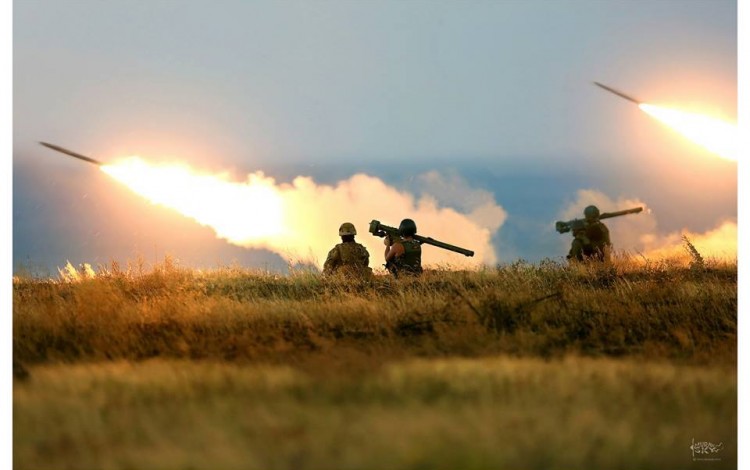 Virtually every European capital city has a symbolic memorial dedicated to ‘the unknown soldier’. These monuments are places of public reverence and communion, where heads of state and ordinary citizens alike gather to pay their respects and honor those who made the ultimate sacrifice for their country. In Russia’s hybrid war against Ukraine, things are somewhat different. The Kremlin does not honour its current crop of unknown soldiers with any monuments. Instead, they are buried without fanfare in unmarked graves, their very existence an embarrassment to the leader who sent them off to war. Any well-wishers seeking to pay tribute run the risk of being attacked by state thugs or investigated by the security services.

This is the new Russian reality of Putin’s undeclared war in Ukraine. It is a hybrid Kremlin campaign built on subterfuge and waged by faceless troops in the service of imaginary states. It is also the world’s worst kept secret, but one which Russia stubbornly clings to. No amount of evidence to the contrary has been able to budge the Kremlin from its position of blanket denial. Instead, the world has been fed a series of increasingly absurd excuses about captured Russian soldiers who simply got lost, went on vacation, or conveniently resigned on the eve of their deployment to the east Ukrainian war zone. These schoolboy antics have fooled virtually nobody and failed to stop the imposition of sanctions against Russia. Nevertheless, Russia’s relentless denials still matter. They prevent the international community from engaging Moscow in a constructive manner, making meaningful progress towards a durable peace virtually impossible. No conflict can ever hope to be resolved while the principle combatant insists on being treated as an innocent bystander.

EU and US leaders have long been guilty of playing along with this Russian charade. While chastising the Kremlin in broad terms, all too often they have avoided speaking plainly about Russian military aggression – presumably because they wanted to allow Putin a face-saving exit. At a time when Churchillian eloquence is clearly called for, we have frequently had to make do with conciliatory messages couched in the language of equivalency. This preference for euphemisms and diplomatic understatement has had a disastrous impact on perceptions of the conflict. It has prevented international audiences from grasping the full gravity of the security threat posed by Putin’s actions, making it difficult to rally public opinion behind a tougher response to Russia. It has also bolstered Kremlin disinformation efforts, fostering the kind of ambiguity and confusion that are central elements of the Russian hybrid war. It now threatens to make a mockery of the peace process.

The Minsk peace plan has so far proved unworkable, largely because Russian leaders insist it has nothing to do with them. Instead, the Kremlin calls on Ukraine to grant autonomy to its puppet regimes and to accept fig leaf elections designed to legitimize the Russian occupation of the Donbas. Putin clearly hopes to move from hybrid war to ‘Potemkin peace’, complete with the illusion of renewed Ukrainian control over the Kremlin-managed ‘People’s Republics’ in east Ukraine. In reality, Ukraine will have swallowed a poison pill that can be activated at the Kremlin’s convenience.

Western attempts to reach compromises with the Kremlin at Ukraine’s expense have paved the way for this potential Potemkin peace. However, it is not too late to send a clear message to Moscow. If Ukraine’s allies genuinely seek a long-term solution in the Donbas, they must inform Putin – and the watching world - that they regard the east Ukraine conflict as an act of Russian aggression and hold Russia responsible for initiating the peace process by withdrawing. Well-intentioned efforts to reason with Russia have proved futile. It is time for the clarity of an uncompromising stance.