GUSOVSKY: HOW KYIV CAN LEAD UKRAINE FROM REVOLUTION TO EVOLUTION 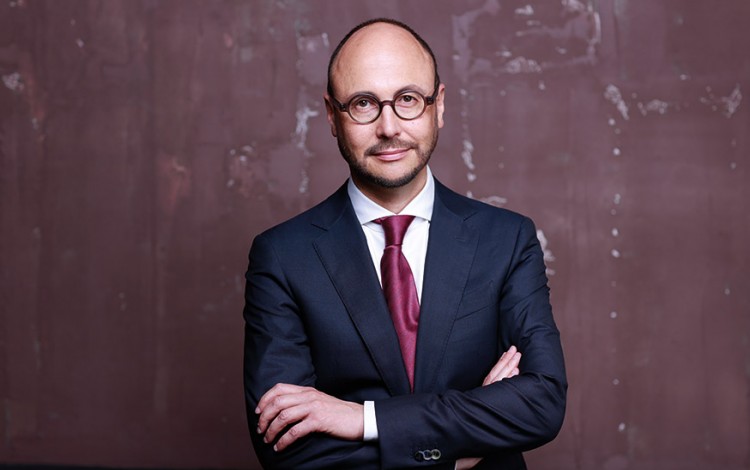 About the author: Sergiy Gusovsky is a member of the Kyiv City Council where he serves as head of the Samopomich faction
Sergiy Gusovsky

There is currently a mood of mounting dissatisfaction in Ukrainian society over the slow pace of reforms in the country. Many of the major changes envisioned during the Revolution of Dignity have remained in a state of limbo for several years, while we are also witnessing creeping stagnation in the civil society sector and a lack of community inclusion at all levels of governance.

These negative trends pose a direct threat to the broad roadmap for change outlined in early 2014 as Ukraine emerged from months of political turmoil and sought to embark on the most ambitious transformation of twenty-first century Europe. The answer to regaining Ukraine’s revolutionary reformist momentum may lie in Kyiv itself – a forward-looking and dynamic city that has repeatedly proven capable of mass mobilization in support of Ukraine’s European aspirations.

As Kyiv continues to grow and expand, greater devolution of powers to local self-government within municipal structures could help to engage people at the grassroots level and help to foster a new generation of politically active citizens capable of translating localized engagement into national development.

With national politics seemingly stuck in a rut of deeply entrenched rent-seeking behaviors and corruption, many observers believe Ukraine’s best chance of achieving meaningful change lies at the local level. Kyiv is perhaps the most obvious candidate to lead this process. In 1990, 2004 and 2014, the Ukrainian capital repeatedly served as the stage for mass protests that decisively changed the national narrative.

Kyiv’s “Maidan moments” highlighted the city’s ability to serve as a platform of last resort for Ukrainians fed up with the status quo in the country. These outpourings of revolutionary emotion are indications of Ukrainian society’s fundamentally healthy democratic instincts. However, in order to move beyond mass protests and reach a point where everyday engagement in governance is the norm, Ukrainian civil society needs to progress from revolution to evolution. Kyiv should lead this process.

In order to maintain its leadership role in modern Ukrainian society, Kyiv must set a positive example of inclusion in governance. Here it is worth remembering the words of His Beatitude Lubomyr Husar, who cautioned us to recognize the seriousness of the transitional challenge today’s Ukraine faces. Ukrainian society needs to achieve a psychological breakthrough and learn to re-evaluate itself. The Soviet system did a lot to make individuals feel little tiny cogs in a huge system. This experience left us with the paternalistic idea that everything will be resolved at some higher level. The truth is that the capital of Ukraine has not yet cured itself of this paternalism, and the current authorities are in no hurry to help the process along.

The sheer size of Kyiv also encourages people to view the mechanics of municipal government as vast and impenetrable. According to official data, the population of the Ukrainian capital is slightly less than three million. Unofficially, the figure is probably well in excess of four million. If various suburbs and satellite towns are included, it is possible to estimate the population of Greater Kyiv at approximately six million. This places Kyiv among Europe’s largest cities. Nevertheless, Kyiv is currently divided administratively into just ten districts. Some of these districts include over 400,000 citizens, which is more than many of Ukraine’s regional capitals. Creating sustainable government in a modern megacity on this scale requires significant self-government.

What kind of municipal structures do we have in the Ukrainian capital? At present, there are entire areas of the municipal administration where there is no self-governing element at all. In most large European cities, local issues are addressed at the level of district council, while issues of more global significance are dealt with at the national level. In Kyiv, the current system is closer to the kind of presidential vertical favored in authoritarian post-Soviet states. All district level decisions are made by appointed district administrations instead of elected district councils.

In practical terms, the state is able to intervene in the daily activities of Kyiv’s individual districts. This intervention comes via the heads of the district council administrations appointed by the President of Ukraine. Similarly, the President of Ukraine appoints the head of the Kyiv City State Administration (KCSA), described as the “executive body of the city council”. What sort of a local executive body is it when it is practically directly subordinated to the President? This city management structure has no room for the kind of community involvement that could influence elected officials and control municipal activities. Instead, the system appears designed to prevent anybody from impeding the work of the ruling elite.

There is no reason to view the current state of municipal affairs in the Ukrainian capital as in any way inevitable. Kyiv has a long history of self-government within the framework of the medieval Magdeburg Law. This lasted until 1835, when Russia’s Tsar Nicholas I deprived the city of its Magdeburg rights. What followed was a mockery of self-government within the Russian and Soviet empires. In Soviet times, district councils existed on paper but were essentially fictional, as was much of the official communist system.

District councils made a comeback in post-Soviet Kyiv, only to disappear in 2010 when President Yanukovych implemented the current vertical power structure. The 2014 Revolution of Dignity occasioned a rethink of the municipal structure. In summer 2015, Kyiv City Council decided to revive district councils. However, political compromises meant that the reestablished district councils enjoyed very limited powers. Even this proved to be unrealistic. Within six months, the decision to create elected district councils was cancelled and the process of developing greater municipal self-government was blocked.

Why did this happen? It seems that the pro-presidential majority had no interest in risking their positions in the individual districts of Kyiv. This is not hard to understand. While the pro-presidential party currently controls just over 40% of the votes in the Kyiv City Council, it enjoys 100% control at the district level. This is the reason for the imbalance between the choices expressed by the Kyiv electorate and the current realities of the municipal government.

The existence of efficient and openly elected district councils would make the capital’s municipal management significantly more efficient. Local councils could also play another important role in the development of a more democratic Ukraine. The national capital attracts people from all over the country and is a major melting pot. District councils could become a school of parliamentarism for Ukrainians who have decided to go into politics and wish to learn more about the practicalities of self-government. This would also allow political parties to evaluate the strengths of their representatives on district councils, becoming a recruitment pool for future posts in regional and national government. It would establish a logical and evolutionary chain, allowing Ukrainians to move from district and municipal government to parliament. This would help Ukraine to overcome the lack of candidates with proven experience in public policy. In this light, I view district councils as the “first grade” in a school of self-government and politics.

At present, it is difficult to avoid the conclusion that the decentralization movement has completely omitted Kyiv. The city has fallen into a slumber brought on by imitations of reform and development. The only way out of this predicament is to wake up the Kyiv community via involvement in the day-to-day activities of the municipal government. The lack of democratically mandated district councils keeps civil society from engaging in public policy and prevents new people from entering into municipal management. It hinders the emergence of Ukraine’s next generation of politicians.

In my opinion, the requirement to renew district councils in Kyiv should be a key policy for any democratically minded political force interested in real reforms and community engagement. This would allow Kyiv to regain its position as the driver of Ukrainian reforms while also confirming its status as the true capital of our country.