MAKING THE MOST OF UKRAINE'S SEAPORT POTENTIAL 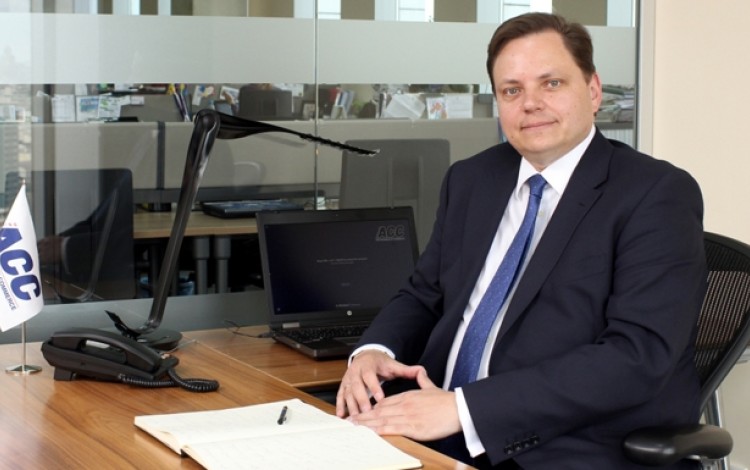 About the author: Andy Hunder is the President of the American Chamber of Commerce in Ukraine
Andy Hunder

“The importance of shipping in supporting and sustaining today’s global society makes it indispensable,” commented Ban Ki-moon, UN Secretary-General, in his message for World Maritime Day on 29 September. The role of sea transport for economic development can hardly be overestimated - 90% of the world’s trade is carried by sea and it is the most cost-effective way to transfer goods and commodities around the globe.

Shipping has been at the forefront of international trade for over 5,000 years – no other industry has ever played such a fundamental part in economic voyages. Over the past fifty years, shipping has become progressively safer, more efficient and environmentally friendly. Sea transport is the ideal way to move large volumes of cargo. In comparison with air or road transportation, vessels are capable of carrying huge amounts of goods or commodities and are suitable for transporting gas and liquids as well as various types of hazardous freight.

Ukraine has access to the Black and Azov Seas, with a network of 13 seaports – it should use this competitive edge to its advantage. According to the State Statistics Service, in 2015 Ukraine’s seaports and berths processed 132 million tons of cargo - a 2.6% increase compared to 2014.

To make sure Ukraine fully utilizes its vast potential in maritime transport, a number of steps need to be taken. The Strategy for Ukrainian Sea Ports Development recognizes the critical role of private investors, including the provision of cargo handling services. Traditionally, seaports and infrastructure facilities have always been state-owned, but now government authorities recognize that given budgetary constraints in the public sector, large-scale participation of private businesses is necessary to renovate and boost existing infrastructure capacity.

Position of the American Chamber of Commerce

A specialized Sea Ports Development Working Group, which operates within the American Chamber of Commerce in Ukraine for more than 5 years already, is actively researching the needs and expectations of the investment community dealing or interested to deal with the national maritime industry.

The first issue in question is the calculation of Port Tariffs and Fees. Chamber Members believe that the methodology proposed by Ukraine’s Ministry of Infrastructure requires improvement. One of the key suggestions of the business community is to avoid the investment component in the methodology of calculating port fees, as it can lead to rate increases and negatively affect the overall competitiveness of Ukraine’s seaports.

Another important matter is the reorganization of seaport administration. In 2016 the Ministry of Infrastructure initiated the establishment of the State Maritime Administration. The main objective of this new government institution will be the supervision of maritime security. Largely, experts of Chamber Member Companies support the abovementioned initiative. However, representatives of the business community also have five tangible proposals on how to improve it. Suggestions revolve around the following key ideas:

The Global Competitiveness Report 2016-2017, issued by the World Economic Forum, ranks the quality of Ukrainian port infrastructure 96th out of 138. This basically means that Ukraine, the biggest European country with access to two seas, is below average in terms of its sea transport development. This is a challenge that needs to be addressed quickly and decisively by the joint efforts of the national government, civil society and business associations. The American Chamber of Commerce in Ukraine is determined to make a tangible contribution to further advancement of the sector by acting as a platform for frank and open dialogue between state officials and business leaders.