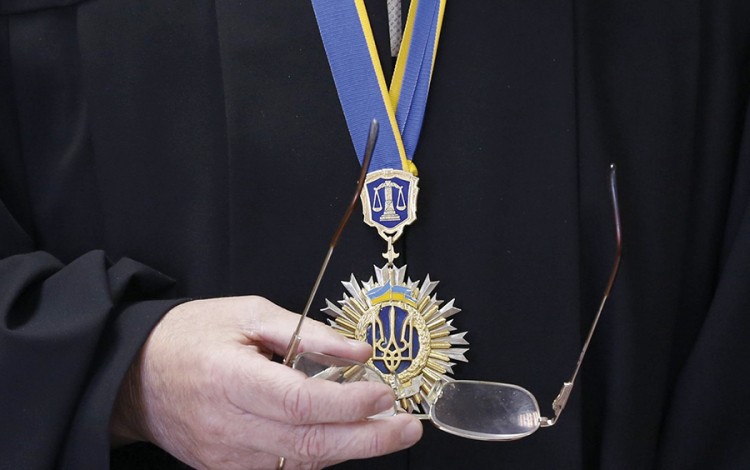 It seems that Ukraine’s political and economic traffic lights have been stuck in the yellow position for the past four years following the 2014 Revolution of Dignity. Analysts continue to speculate over whether these traffic lights will turn red or green, and we enter 2018 with no definitive indication of where the country is heading.

Recent developments have offered little cause for optimism among those who hoped to see Ukraine break decisively with the past following the events of 2014. Images of crowds attempting to storm Kyiv’s October Palace in mid-December 2017 offered a flashback to the country’s last Maidan uprising and served to highlight the growing mood of popular discontent over the lack of progress towards a more rules-based and law-abiding Ukraine. While there is little evidence of public support for a new mass protest movement, there is a sense of tangible bitterness and anger among many Ukrainians who are tired of watching the nation’s traffic lights stuck on yellow and feel that the chance of a better life is once again slipping from their grasp.

Ukraine’s poor performance in global happiness surveys illustrates this sense of lost momentum and evaporating opportunity. More and more people now recognize happiness as the most appropriate measure of social progress and the ultimate goal of all public policy. The OECD recently committed itself to redefining traditional growth narratives by putting people’s well-being at the center of government efforts. Some UN officials are also speaking out against what they call “the tyranny of GDP”, arguing that what matters today is the quality of the growth a country experiences. Ukraine does not fare well in such assessments. The country was number 132 out of 155 featured nations in the 2017 World Happiness Report, alongside the likes of Cambodia, Sudan and Burkino Faso. This is a marked decline from Ukraine’s position a decade ago. In the global pursuit of happiness, Ukrainians are in danger of losing out entirely.

Nor does a reliance on less subjective GDP figures present a rosier picture. Ukraine has succeeded in reversing the steep GDP drops of 2014 and 2015, but the growth figure of 2.3% posted in mid-2017 and the projected 2018 growth rate of 3% are well below global averages. These figures are clearly not going to transform today’s Ukraine into an economic success story.

The past twelve months have seen Ukraine’s widely publicized and much talked-about post-Maidan reform program stagnate. Ukraine managed to climb just five places in the latest edition of the World Bank’s annual Ease of Doing Business survey, moving up to 76 from 81. This is an extremely modest return given that Ukraine was able to climb forty places between 2011 and 2013, when the country advanced from the 152 position to 112.

Anti-corruption initiatives have been the biggest losers of 2017, with the newly created Anti-Corruption Bureau (NABU) and other anti-corruption efforts encountering severe challenges from existing law enforcement bodies and state organs led by the Prosecutor General’s Office. In the ensuing confrontation, NABU officers have faced accusations of illegality and attacks on their integrity in apparent response to investigations targeting a number of high-ranking state officials and their family members.

Despite the evident ability of these new anti-corruption bodies to bring charges against high-profile suspects, post-Maidan Ukraine has yet to successfully prosecute a single senior politician or top state official on corruption charges. Instead, we witness what cynical observers have likened to sport fishing, with loud detentions subsequently leading to quiet dismissals at the pre-trial or trail stages. Meanwhile, unprecedented delays in the formation of an anti-corruption court, a key element of the broader reform process, have fuelled further suspicions that there is little political appetite to engage in serious anti-corruption efforts.

These changes ae welcome but it will nevertheless be a struggle to overcome the traditional lack of Ukrainian public trust in the judiciary. The government proudly presented the new Supreme Court to the nation amid claims that it was the product of transparent selection procedures. However, many civil society representatives view it with a high degree of suspicion and skepticism. According to the Public Good Faith Council advisory body which monitored the formation of the Supreme Court, at least a quarter of the newly selected judges fall short of the high moral and professional ethical standards expected by the public, with numerous individuals tied to the old system. Sadly, many of the “new” Supreme Court judges look very much like their “old” discredited predecessors. The US Embassy in Ukraine has publicly expressed its concerns in this regard.  Naturally, it is too early to write this reform off completely. The performance of the new Supreme Court will be one of the key indicators in 2018 of how far Ukraine has really progressed since the Revolution of Dignity.

The ongoing process of judicial reform is inevitably having a significant and direct impact on Ukraine’s legal industry. Apart from attempting to shake up the judiciary, reform efforts are also focusing on two other key elements of trial procedure – prosecution and advocacy. The Prosecutor General’s Office has seen its powers reduced since January 2017. The PGO’s authority is now limited to the organization and leadership of pre-trial investigations, along with support for public prosecutions in the courts, and representation of the state’s interests in the courts. These changes should see one of the PGO’s key functions, pre-trial criminal investigation, transferred to other state authorities such as the State Investigation Agency (SIA) and NABU. However, as is often the case in today’s Ukraine, the transition process has descended into institutional chaos and the GPO continues to perform investigative functions as before. The top priority now is cleaning up the pre-trial investigation system. The present system remains disbursed among multiple agencies and, in the opinion of many observers, is just as infected with corruption as the Ukrainian judiciary.

In these difficult and challenging circumstances, Ukraine’s legal industry continues to adjust to the rapidly evolving political and economic environment. One of the key issues facing the legal profession remains insufficient legal education and practical training. As this has become a matter of professional survival for many lawyers, legal unions have begun to pay attention and new initiatives are appearing. Yuridicheskaya Praktika publishing house has recently announced the early 2018 launch of a Legal High School that aims to add value to traditional legal diplomas. This will see practicing lawyers lecture on corporate, tax and litigation topics in classrooms backed up by webcasts. This and similar efforts aim to bring a new generation of Ukrainian lawyers up to date without waiting for the long-awaited reform of the country’s traditional law schools to take place.

Ukrainian legal sector professionals also face a sting of practical challenges such as tightening competition, the never-ending necessity to refocus on new practices, and declining legal fees. Traditional practices such as M&A and real estate are giving way to areas like dispute resolution, corporate and financial restructuring, and debt recovery. Meanwhile, industries such as IT, infrastructure and energy, especially the renewables market, look ready for growth in 2018. Many law firms are looking to expand in these directions.

The speed and success of the entire post-Maidan reform program remains Ukraine’s 2018 priority. The country remains stuck at the crossroads, pausing to see which color will follow the current yellow light flashing on the geopolitical traffic lights. Ukrainians are tired of waiting to receive the green light signaling a better future, and public patience will wear even thinner if progress does not come in 2018. With their professional knowledge, skills and experience, Ukraine’s legal community has a special role to play in the process of getting the country moving in the right direction. We all hope to see steady progress, but must also watch out for more red lights blocking the road ahead.

About the author:  Armen Khachaturyan (This email address is being protected from spambots. You need JavaScript enabled to view it.) is a senior partner at Ukrainian law firm Asters