Russia has long denied responsibility for the conflict in east Ukraine and promoted the notion of a 'Ukrainian Civil War', but Moscow's ability to bring fighting in the Donbas to a standstill whenever convenient has undermined these Kremlin denials. This Kremlin control has never been more evident than during the recent seamless switch in Russian military focus from Ukraine to Syria. 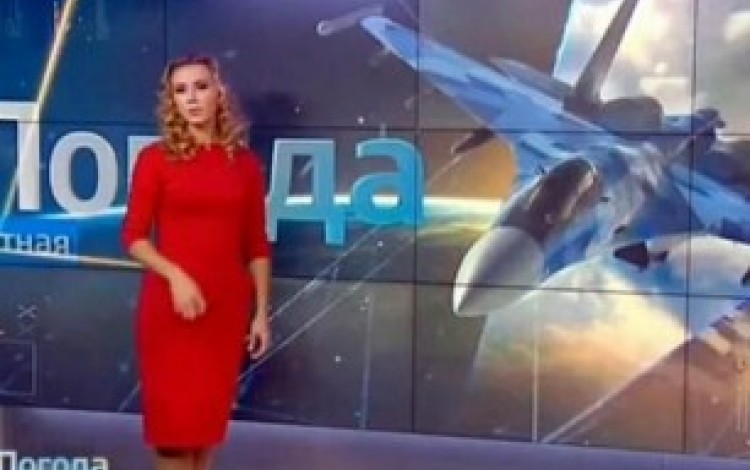 Back in the days of the Cold War, Kremlinologists would try to get a feel for the mood in Moscow by analyzing the seating arrangements of the Soviet leadership during Communist holidays on Red Square. Today, things are considerably more straightforward. If you want to know what the Kremlin is thinking, simply tune in to the evening news on any Russian TV channel.

Anyone watching Kremlin TV in recent weeks would have noticed one particularly striking change in editorial priorities: after a year and a half of breathless reportage, Ukraine suddenly dropped off the radar entirely, replaced by wall-to-wall coverage of Russia’s new war in Syria. Instructions had clearly been issued from inside the Kremlin – the Ukraine conflict was over, and it was time to change the subject.

Russia’s TV executives were not the only ones to receive the memo – the Kremlin’s proxy forces in east Ukraine also suddenly changed their tune in early autumn, replacing threats of new offensives with talk of a return to Ukrainian sovereignty and adherence to the terms of the second Minsk agreement. Separatist leaders who showed signs of rejecting the new Kremlin position found themselves removed without ceremony.

Meanwhile, on the frontlines, the phoney ceasefire gave way to periods of prolonged silence. Days passed without any reported fatalities. As if by miracle, the dynamics of the conflict transformed almost overnight.

The completeness of this transformation served as a reminder of exactly who stands behind the war in east Ukraine. Despite the Kremlin’s insistence that the conflict is a ‘Ukrainian Civil War’, Putin’s ability to end hostilities with a click of his fingers was now clear for all to see.

The entire operation was choreographed to perfection, featuring the kind of military precision and central coordination that are only possible in dictatorships. The ceasefire conveniently took hold on the eve of Putin’s speech at the United Nations General Assembly, while Ukraine’s disappearance from the Kremlin TV schedules was stage-managed to coincide directly with the start of Russia’s air war in Syria a few days later. It was a master class in Kremlin control.

Opinion remains divided over exactly why Putin decided to switch his attentions from Ukraine to Syria. Some see it as a stroke of geopolitical genius meant to force the West to welcome Russia back to the top table of international politics following the post-Crimea freeze in relations. Others have argued that it is a desperate gamble designed to distract attention from what amounts to a disastrous and humiliating Russian defeat in Ukraine.

There may be elements of truth in both arguments – Russia’s entry into the Syrian conflict has certainly forced the West to increase its engagement with the Kremlin. It has also knocked Ukraine decisively out of the international headlines. What is clear is that Putin has total control over the conflict in east Ukraine, and can dial the devastation up or down as he chooses.

This will come as no surprise to Ukrainian audiences, who have been well aware of the decisive Russian role in the conflict ever since the first groups of ‘little green men’ began seizing government buildings in the Donbas in April 2014. Nevertheless, it is worth stressing this point among international audiences, where the tendency to view the Ukraine conflict as a messy internal affair has served to discourage many from offering Ukraine the kind of unambiguous support which the country would otherwise have expected to receive as the victim of international aggression.

The events of the past few months should be sufficient to shatter this myth of a ‘Ukrainian Civil War’, and the fact of Russian aggression should weigh heavily on EU leaders as they consider any return to ‘business as usual’ with the Kremlin. To paraphrase the famous Israeli dictum, if Russia ceased its aggression, there would be peace. If Ukraine laid down its arms, there would be no Ukraine.