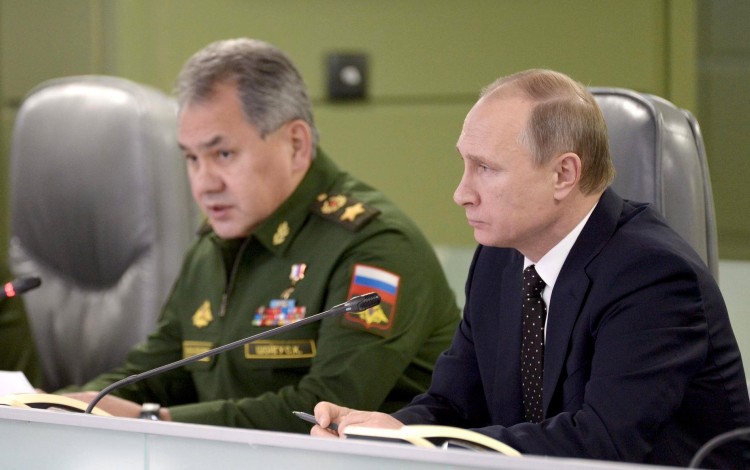 During WWII, Churchill and Roosevelt both felt the best way to defeat the fascist regime of Adolf Hitler was to team up with Soviet dictator Josef Stalin. Churchill was certainly well aware of Stalin’s crimes against humanity, having been a staunch early opponent of Bolshevism and outspoken critic of the Stalinist terror. Nevertheless, the British war leader clearly regarded his WWII alliance with Moscow as a necessary evil, commenting: “If Hitler invaded Hell I would make at least a favourable reference to the Devil in the House of Commons.”

Even allowing for Churchill’s well-known taste for dramatic language, this comparison with the Devil may not have been over the top. For more than a decade prior to the outbreak of WWII, Stalin had been unleashing an unprecedented reign of terror across all the countries and ethnic groups that fell within the Soviet empire he had inherited from Lenin.

Ukraine was at the epicenter of this totalitarian apocalypse. In the early 1930s, approximately 10%-30% of the Ukrainian population died of starvation in a manmade famine designed to crush the Ukrainian national identity in its rural heartlands. The exact death toll remains disputed, but it is widely recognized that many millions of Ukrainians died. Elsewhere across the Soviet Union, millions more perished in similarly engineered famines.

The gulag camp system, which had been in place since the early days of the Bolshevik Revolution, underwent massive expansion under Stalin. Millions of Soviet citizens went to the gulag in the 1930s at a time when Hitler was still opening the first of the Nazi concentration camps. Indeed, many believe the German dictator learned much from the methods of his Communist rival. The Soviet gulag system would ultimately outlive Stalin and last until the dying days of the Soviet Union. Far more people ended up being sent to Soviet camps that the German concentration camps. Millions never returned. Those who did were often broken shells of their former selves.

WWII provided cover for some of Stalin’s worst crimes. Entire ethnic groups and nationalities were loaded into cattle wagons and deported – forcibly moved from their homelands to distant regions of Soviet Asia. This generally meant attempting to start a new life in the most inhospitable areas of Siberia or the deserts of Kazakhstan, where the deportees often lived in labour camps under terrible conditions. Again, huge numbers perished.

The story of the mass atrocities committed by Soviet Communism is still relatively unknown in the Western world, where the educational focus has always been on the crimes of Hitler. This is not due to an absence of available information. Books like Anne Applebaum’s ‘Gulag’ provide excellent insight into the scale of the human tragedy, and should in my opinion feature prominently on the national curriculums of all Western nations in order to help avoid repeating the mistakes of the past.

This did not happen during the Cold War, and it has not happened in the quarter century since the collapse of Soviet Communism. Ignoring the crimes of Stalin is convenient for the West because it allows us to ignore the consequences of our wartime alliance with the Soviet Union. It allows us to avoid confronting the terrible truth of what that alliance meant for the tens of millions of people who found themselves under Stalinist rule after WWII. It is far easier to concentrate on the evils of our common enemy, Adolf Hitler, and gloss over the implications of our wartime alliance with Stalin.

This is understandable but flawed thinking. The West’s decision to align itself with Stalin in WWII not only allowed the Soviet ruler to continue brandishing his particular brand of terror within the USSR, it also subjugated nearly half of Europe to the same dictatorial regime for half a century. While we rightly deplore the staggering crimes of the Nazi regime, there is a huge body of evidence pointing to the sad fact that the totalitarian Soviet regime ultimately inflicted even more damage.

Are we now on the verge of making the same mistake again? Once more, the Western powers and Russia find themselves faced by a common enemy – this time in the shape of the so-called Islamic State, or ISIS. Once again, we appear to be exploring ways to team up with a Russian dictator despite widely voiced concerns about the crimes of his regime. Have we really learned nothing?

If we repeat the mistakes of WWII, the damage to European security could be dramatic – particularly for those living in the immediate vicinity of Putin’s Russia. It may take longer to combat ISIS without Russia’s doubtful help, but Europe will emerge much stronger. We cannot turn a blind eye to Russia’s hybrid invasions of neighbouring states and constant provocations against NATO member countries. The historic cost of doing so would be deep, profound, and long lasting – much as it was following the WWII alliance with Stalin.

About the author: Terry Pickard is the founder and Chairman of Pickard, a real estate agency that has been operating across all sectors of the Ukrainian property market for over 23 years and currently represents Newark Grubb Knight Frank in Ukraine.