OPINION: From Winter War to Hybrid War - how do Finns view the Kremlin attack on Ukraine? 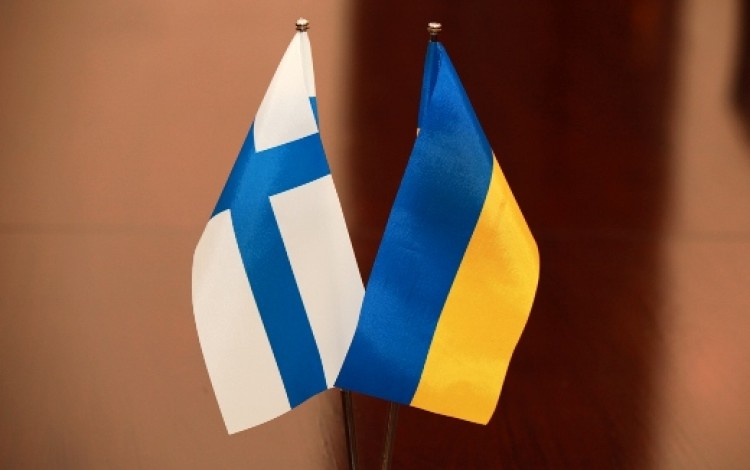 Finland is one of the few countries bordering Russia to have avoided the experiences of direct or indirect Soviet rule. The Finns declared independence from Imperial Russia in 1917 and fought a bitter 1939-40 Winter War against the Red Army before spending much of the latter half of the twentieth century in a state of Cold War neutrality.

As such, today’s Finland occupies a unique place in the western borderlands of the Russian landmass. It is a fully integrated member of the European community with a long history of independence, while at the same time also enjoying a variety of deep-rooted links to its gigantic Eurasian neighbor. How has this complex relationship colored Finnish attitudes towards Russia’s ongoing hybrid war in Ukraine?

The first thing to note is that most Finns tend to understand Ukraine’s plight on an emotional level. This is perhaps inevitable due to the powerful emotional pull that the Winter War of 1939-40 continues to exert on Finnish society. The uneven military struggle against Kremlin imperialism in the first years of WWII has left an indelible mark on the Finnish psyche and has made successive generations of Finns instinctively hostile towards any expressions of Russian expansionism. This has inevitably helped to generate considerable amounts of public sympathy for Ukraine.

The hybrid nature of the Russian attack on Ukraine has also fostered support for the Ukrainian cause. Finns remember how the Kremlin deployed disinformation techniques such as the creation of fake republics and proclamations of support for allegedly oppressed minorities during their own Winter War with Moscow. For many Finns with long memories and a good grasp of the country’s history, the hybrid Russian tactics currently being deployed against Ukraine are anything but innovative. On the contrary, they are merely the latest example of age-old Kremlin deceptions that early brought devastation to much of Finland and saw parts of the country annexed.

The war in Ukraine was initially headline news in Finland. Especially during the early months of the fighting in spring and summer 2014, it was consistently the leading news story in the
Finnish media. This blanket coverage came accompanied with a great deal of solidarity for Ukraine, especially from the Finnish public. However, as the conflict has dragged on without any end in sight, it has slipped out of the headlines and been overtaken by other developing stories. This is partly due to the demands of the twenty-four hour news cycle that dictates the fast-changing coverage of every country's news media. The Finnish media focus has inevitably shifted onto more pressing and urgent themes for Finnish society such as the rise of the Far Right, mass immigration issues, and the future of the post-Brexit EU. As a result, Finns are now hearing less and less about Ukraine.

The public debate has also become less vocal due to the influence of many within the Finnish media and political establishment who want to keep Finnish-Russian relations as formal and polite as possible, while avoiding anything that could be termed as difficult or awkward. Clearly, the Russian invasion of Ukraine fits this description.

Given the geopolitical and economic realities facing Finland, the desire to sidestep problematic issues such as Ukraine is hardly surprising. Finland and Russia have a shared border of more than one thousand kilometers. St. Petersburg is just 370km from Helsinki. Russia is the country’s biggest provider of tourists and a top-three business partner. Financial and strategic ties include a nuclear power plant and major gas pipelines. In addition to all these links, Russians also form the largest single immigrant community in Finland.

As well as strategic links and common interests, Finns are also considerably more familiar with Russia than Ukraine. Alongside the aforementioned historical hostility to Russian imperialism, Finland is also home to a large population of Russophiles. Governmental and city-to-city cooperation initiatives often date back many decades. For example, until recently, the Aleksanteri Institute at the University of Helsinki received support from the Finnish and Russian governments. The study of Russian language, culture, history and literature is widespread throughout Finnish society.

The Kremlin does not only rely on these traditional soft power factors to maintain its position in Finland. There is also considerable informational pressure on Helsinki to reduce support for Ukraine and reject mounting calls to join NATO. In practical terms, this has transformed the Finnish information space into the far northern flank of the global infowar launched by the Kremlin in early 2014 in parallel to the invasion of Crimea. “Finns have been caught up in the information war over Ukraine,” says Finnish defense researcher Saara Jantune. “Over the past three years, the population has been fed distorted information and direct lies. This is a form of warfare that attacks ordinary citizens and plays on the weaknesses of society.”

Ukraine’s lack of direct ties with Finland has impeded the country’s ability to communicate with Finnish audiences and prevented Ukrainians from efectively countering Russian fake news offensives. On a practical level, this is due to an absence of person-to-person or institutional links. It is also due to a Finnish lack of knowledge about Ukraine’s history or contemporary political realities. Most Finns know little of Ukraine and very few have ever visited the country. Meanwhile, they are often intimately familiar with Russia. This does not make Finns automatically more inclined to believe Kremlin fakes or susceptible to Russian disinformation, but it does render Russian narratives more accessible, while Ukraine is left struggling against obscurity and remains highly vulnerable to deliberate distortions.

On a diplomatic level, since 1991 only one prominent Ukrainian official has been able to speak the Finnish language to a significant degree. The former head of the Ukrainian Security Service, Valentin Nalyvaichenko, gained fluency as Counselor at the Ukrainian Embassy in Finland during the 1990s. This absence of linguistic connections between Ukraine and Finland is symptomatic of the wider gaps in bilateral relations. Trade between the two countries rose by 13% to USD 174 million in the first seven months of 2017, but this remains far below the potential for commercial ties given the obvious synergies between Ukraine’s vast agricultural and industrial wealth and Finland’s high-tech capabilities.

Challenges to closer ties include considerable perception problems. The endless flow of Kremlin-led information offensives has made Finns deeply skeptical of any news coming out of Ukraine, including coverage of the country’s post-Maidan progress towards European integration. In response to the endless flow of disinformation and contrary messaging, many Finns have developed the habit of simply ignoring both positive and negative news related to Ukraine. Instead, the prevailing image of Ukraine among many Finns remains the pre-Maidan stereotype of a poor and corrupt nation with little to offer the rest of Europe.

These perception problems help to underline the importance of greater person-to-person contacts between Finland and Ukraine. Finns must have the chance to get to know Ukrainians in order to build up levels of trust, friendship and empathy. Today’s Ukrainian community in Finland is very small and the Finnish community in Ukraine is even smaller. Greater interaction can change this picture.

The media may be one place to start. Until recently, it was standard operating procedure for Finnish media coverage of Ukraine to come via Russian-speaking Finnish reporters based in Moscow. This has led to a disproportionate amount of Finnish media coverage for Russian talking points and Kremlin narratives. If Ukraine wants to change this flawed approach, the country should try to create more favorable conditions for Finnish journalists to operate from Kyiv.

In order to foster closer ties with Finland, more Ukrainians must also seek to engage with ordinary Finns and learn the Finnish language. This is a prerequisite to a better understanding of the debates and dialogues taking place in modern Finnish society. Most Finns are fundamentally sympathetic to Ukraine’s current plight and see echoes of their own struggle against Kremlin aggression, but Ukrainian narratives remain clouded in obscurity while Russia looms large on the horizon.

About the author: Olena Lesyk-Laikari is Executive Director of the Finnish Institute in Ukraine