OPINION: Many in Europe are still failing to take the Kremlin infowar threat seriously 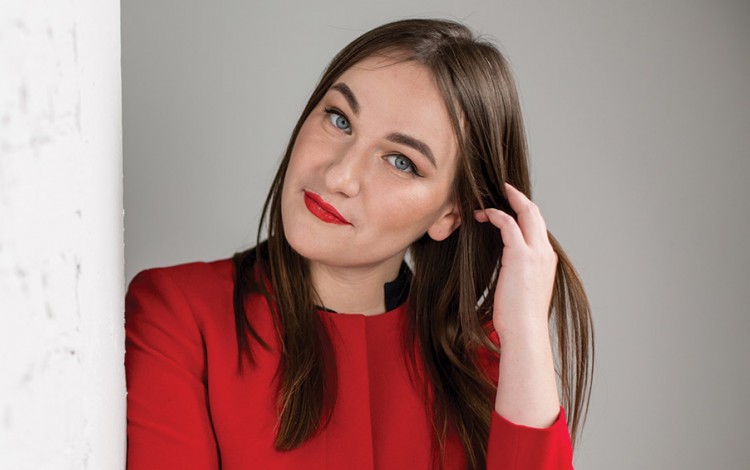 About the author: Margo Gontar is co-founder of StopFake.org and presenter at StopFakeNews
Margo Gontar

When we launched the StopFake initiative in Ukraine in spring 2014, Kremlin disinformation was still a novel and little understood subject for much of the outside world. Today it is a mainstream theme, routinely addressed throughout the international media and debated by politicians across the globe. Nevertheless, there is still no consensus on the best way to respond to the challenges posed by Russian information warfare. Indeed, counter-measures tend to be piecemeal and reactive in nature, all too often only occurring after individual countries have encountered Russian disinformation activities for themselves.

The UK is currently going through this process as it comes to grips with the information offensives that have accompanied the aftermath of the nerve agent attack in Salisbury. Russian sources have promoted stories offering a wide range of alternative explanations while also accusing the UK of staging the attack. Britain was already among the first major Western nations to recognize the dangers of Russian information operations and has announced plans to form a special unit to deal with fake news. Recent developments in connection with the Salisbury attack will only strengthen this resolve.

In France, President Macron has proposed a new law to “defend democracy from fakes”. There are still major questions over whether this concept is workable, but it is significant that the idea first arose following an election campaign in which Macron was able to experience first-hand what it means to be a target of Russian disinformation. Macron also has the distinction of being the first European leader to tell Vladimir Putin to his face that Kremlin media platforms RT and Sputnik are propaganda tools. Despite the fact that we in Ukraine have been saying this daily for the past four years, Macron’s comments constituted a watershed moment in the international battle against Kremlin disinformation.

Germany has also responded to disinformation concerns arising from the country’s recent election campaign by adopting a so-called “Facebook Law”. This followed on from comprehensive election preparations that focused on combating potential information attacks. Nevertheless, not everyone in Germany is convinced. Sandro Gaycken, the director of the Digital Society Institute in Berlin, monitored online platforms during the 2017 election campaign and told the New York Times that her team “hadn’t seen any verified attacks”.

I find the situation in Germany particularly interesting. One of my first international trips representing StopFake was to a Berlin conference in 2014. I can still recall the tendency among my German colleagues back then to downplay the Russian threat while suggesting that we were exaggerating the role of Kremlin disinformation. Four years on, I generally find that it is no longer necessary to explain the dangers to German audiences. Instead, we can now focus on how to respond. This is huge progress, but it is heartbreaking to reflect on how many lives have been lost in order to bring us to this point.

One of the most alarming recent developments in the European disinformation debate has been efforts in the Netherlands to derail the EU’s “EU vs Disinfo” debunking project. This rather small-scale initiative, launched following a European Council meeting in 2015, has refuted more than 3,500 examples of disinformation so far. However, when it erroneously labeled a number of Dutch media reports as fakes, there were calls to scrap the entire project. This response came despite confirmation from the Dutch intelligence service in their 2017 annual report that Russia is clearly spreading fake news in the country. The backlash in the Netherlands focused on the role of Brussels in countering disinformation and served to highlight the free speech concerns that make fighting disinformation such a tricky balancing act. Dutch objections included claims that the EU’s debunking efforts posed a threat to media freedoms and risked infringing on the right of all people to freely access information.

Sweden may currently be the most well-prepared European country when it comes to combating Russian information warfare. The Swedes have a reputation for thoroughness and this certainly seems to be the case regarding their preparations ahead of coming elections in the country. As well as protecting the information environment before the forthcoming vote, Sweden has also adopted a longer-term approach and is incorporating critical thinking as part of the national school curriculum. This kind of media literacy training can certainly help societies defend themselves against manipulation and disinformation. Providing classes for children will not produce overnight results, but it could help to create a future electorate of informed media consumers. Alongside classes for schoolchildren, Sweden is also providing training for public servants. While this response to the Russian infowar threat looks promising, it also raises certain questions. Will the current training programs remain in place after the coming election campaign is over? What else can we expect to see after the vote? When I pose these questions to Swedish colleagues, the answers I receive are often frustratingly vague.

This lack of long-term clarity is a cause for concern. Russia’s information warfare is global in scope and the coming months will see flashpoints all over the world. Key targets will be elections, with votes scheduled for Mexico in July, Sweden in September, and Latvia and Georgia in October, to name a few. Many more countries are under threat, but it still feels as though we are a long way from a common understanding of the very real dangers posed by Kremlin disinformation operations. This lack of consensus is what bothers me the most. Instead of responding to specific information operations against individual countries, we need to identify ways of countering the threat together. This is our only option if we want the democratic world to survive intact.