OPINION: Speaking the Ukrainian language in Ukraine should not be a controversial act 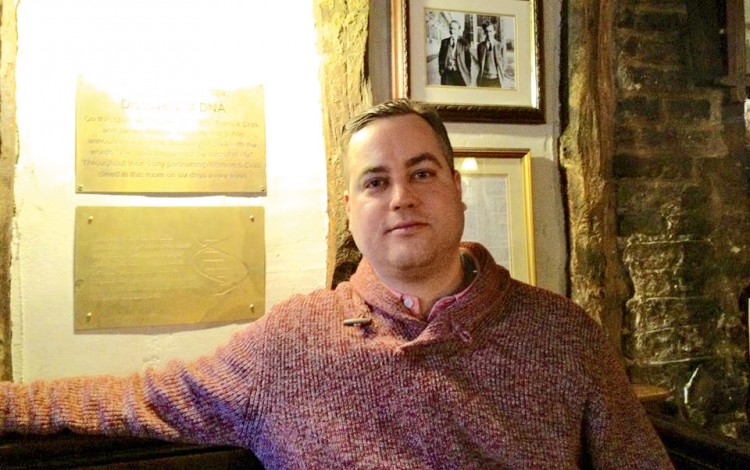 About the author: Mark Raczkiewycz is an American journalist based in Kyiv where he works as correspondent for The Ukrainian Weekly. He has contributed to Bloomberg, Financial Times, Associated Press and other international media
Mark Raczkiewycz

Ever since achieving independence in 1991, Ukraine has wrestled with national identity issues driven by the need to strike a balance between complex post-Soviet realities and traditional ethnic definitions of what it means to be Ukrainian. Language has occupied a central position in this ongoing debate, serving as a proxy battlefield for rival political forces wrestling with the legacy of Tsarist and Soviet russification policies stretching back centuries. Meanwhile, everyday life in Ukraine has evolved along broadly bilingual lines, with Ukrainian enjoying the status of official national language but Russian continuing to dominate at street level.

The language issue has remained high on the political agenda since the 2014 Revolution of Dignity, with a series of legislative changes introducing Ukrainian language quotas for the Ukrainian media and obliging schools to adopt Ukrainian as the primary language of instruction. These measures have proven controversial, with critics claiming they discriminate against Russian speakers and other minority languages. However, many Ukrainian speakers say the reality is strikingly different, with the Ukrainian language still struggling to achieve everyday acceptance in parts of the country. Business Ukraine magazine invited Ukrainian-speaking American journalist Mark Raczkiewycz to share his experiences of linguistic politics in independent Ukraine.

"What I underestimated the most in 2002 when I first came to Ukraine to serve in the US Peace Corps was the ingrained legacy of the Soviet Union and ongoing Russian attempts to keep the country under its sway. This included language, even in the Carpathian Mountains region of Ivano-Frankivsk where I spent my first three years as a volunteer. There I found that much of the former Soviet nomenclature still ran many of the businesses and served in law enforcement. Little things stick out in my memory. I remember asking to communicate in either Ukrainian or English at a hair salon because the stylist insisted on speaking Russian. She balked at this, as if being asked to stoop beneath her dignified level.

That summer, I visited a fellow volunteer in the Crimean city of Sudak. A bartender told me: “We don’t speak Ukrainian here.” At one point, he advised me that Ukrainian was not real a language at all, but rather an offshoot of Polish and Russian. Six years later, my sister and I visited Yalta. We soon discovered that speaking English was preferable to speaking Ukrainian. Service was horrible up to the point that wait staff simply ignored us when we asked for a Ukrainian-language menu because the English versions were incomprehensible or inedible (pizza with fungus, anyone?).

Throughout my time in Ukraine, I have encountered too much hostility to the Ukrainian language to be able to recount every episode. These incidents vary in scale from the trivial to the physically threatening. On one typical occasion in Zaporizhia, the ticket seller at the train station was extremely uncooperative when I spoke Ukrainian. She only carried out the transaction when I started speaking in broken Russian. Then there was the time in a Kyiv convenience store when the woman behind the counter proceeded to curse and raise her voice at me for speaking Ukrainian. She even called me a “Banderite” as if that justified her actions. I have been spat at and told to “go back to the village” while playing blackjack in a casino. My wife once slapped a man for insulting me for speaking Ukrainian at a downtown Kyiv restaurant.

In Slovyansk in April 2014 during the Russian takeover of the town, I suffered physical assault. As I tried getting closer to the main police department while speaking Ukrainian, I received kicks to the back and buttocks. I will not repeat what insults I heard in the process. I eventually walked around the block and successfully entered from the opposite end while speaking Russian. This response was not a surprise. By 2014, I had already learned that speaking Ukrainian in Ukraine often begets hostile treatment in one form or another, especially in the south and east of the country. Discrimination sucks. It makes you feel like you are second rate or inferior for speaking a language that is not the lingua franca.

There have also been positive experiences. In Kharkiv at the start of the Donbas War, I was with a photographer at a Mexican eatery when the server noticed we were ordering in Russian but whispering in Ukrainian between ourselves. “It’s okay, we’re for Ukraine,” he told us. Older people sometimes approach me when they overhear me speaking Ukrainian. They usually say how nice it is to hear the language spoken. I remember one man who told me, “I spoke Ukrainian when I was a child but ‘they’ uprooted that from us.”

These positive and negative experiences are all reminders of the Russian and Soviet efforts to erase Ukrainian identity by depriving people of their language. Even now, the impact of these efforts is obvious. One historian told me that if the USSR had lasted for another two or three decades, western Ukraine would have become just as “Russified” as the rest of the country, which had been under Soviet rule for a generation longer.

The Ukrainian language today requires smart promotion as well as protection. I wish it were cooler to speak Ukrainian in the country. Normally, my conversations in predominantly Russian-speaking Kyiv are bilingual, with me speaking Ukrainian and my conversation partner speaking Russian. That is fine with me, as long as there is mutual respect. However, when one encroaches on the other and crosses into the realm of discrimination, hostility and violence, then this is cause for alarm. Today, Russian is still the lingua franca in much of independent Ukraine. I would not mind so much if this prevalence did not interfere with the promotion of the state language."