OPINION: Ukraine at 30 – the time has come to finally build a real economy 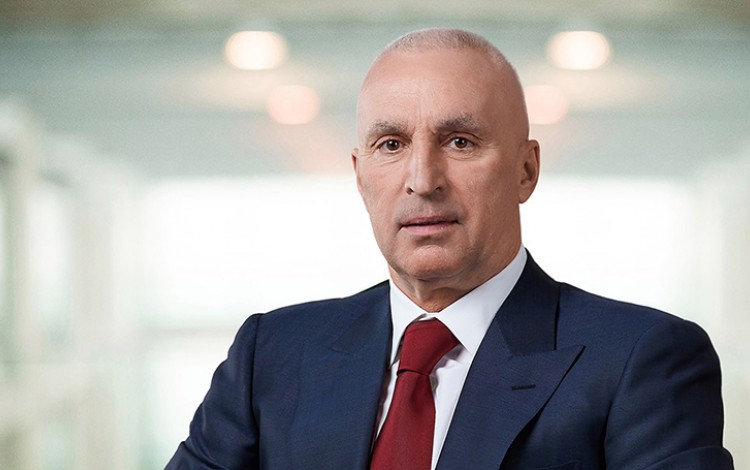 I often think about Ukraine’s journey during the country’s 30 years of independence. Inevitably, key questions include what we could have done better, and how we could have improved outcomes so that Ukraine approached this year’s thirtieth anniversary with more cause for optimism.

Of course, we must accept the realities of Ukraine’s post-Soviet history as they are. What is done cannot be undone. Generally speaking, I am convinced that our main problem ever since 1991 has been the habit of expressing good intentions without taking action.

Presidents and governments come and go. Strategies, programs, and new initiatives are written, promoted, and left to gather dust. Not everything stands still, of course. Modernization and digitization drives have made a positive impact everywhere from medicine and education to public administration. Nevertheless, there is an overriding sense that life has not become any easier for most Ukrainian people. Disruptive events like the current global pandemic merely serve to underline the low standard of living that remains a reality for millions of Ukrainians.

Rather than dwelling on the past, the time has now come to build a real economy capable to driving the country’s development forward in the decades to come. Thirty years of empty promises is more than enough – we need action.

I am a businessman and I am proud of it. I have no interest in political intrigues and no media empire. It is my policy never to interfere in parliamentary or any other administrative processes concerning the state authorities.

At the same time, DCH Group’s experience demonstrates that it is possible to work efficiently and bring profit to the country without wasting time on cheap talk, useless forums, vanity projects, and empty rhetoric. Furthermore, it is clear that Ukraine has never had more economic potential than today. The globalization of the economy and the support Ukraine enjoys from our Western partners are creating opportunities that were once beyond our wildest dreams.

Ukrainian businesses should focus on taking advantage of the these opportunities.

DCH Group’s investment model in Ukraine is based on solid foundations that we ourselves have created. We have built up a diverse portfolio of investments throughout the Ukrainian economy. But the projects that I am most proud of involve the development and capitalization of enterprises to enable the attraction of international investors.

A prime example of this is UKRSIBBANK, which only had a banking license at the time of acquisition. From this modest starting point, we created a modern banking institution which attracted the interest of international financial group BNP Paribas. The sale of UKRSIBBANK made it possible to attract almost USD 1 billion in direct investment to Ukraine. This was not another example of tax haven “investment” or the redistribution of assets within the country. This was a case of genuine international investment. Furthermore, the outcome was not spent on palaces or tropical islands in distant lands. It was reinvested in the Ukrainian economy. A similar process on a smaller scale also took place with the Merefian Glass Factory, which we developed and sold to Turkish investors. Then there is Kyivstar, Azot in Cherkasy, and many more.

Thanks to these efforts, it has proven possible to invest USD 300 million to build the infrastructure for Kharkiv to co-host UEFA’s Euro 2012 European football championship. Indeed, DCH Group’s approach played a decisive role in winning the right to host Euro 2012 matches in Kharkiv and open the city to the global community.

We were able to transform Metalist Kharkiv Football Club from a forgotten team in the lower leagues into a leading force in the Ukrainian Premier League and regular contender in UEFA’s Europa League. We also saved and rejuvenated the fortunes of Ukraine’s leading rugby club, Olymp, allowing it to dominate the country’s domestic rugby scene and provide the backbone for the Ukrainian national side.

Following the successful transformation of Kharkiv International Airport into a state-of-the-art international air hub, DCH Group has now become the private investor in the construction of a new airport in Dnipro. This project has huge potential and will reestablish direct links between the Dnipro region and the international community.
Building for the future is at the core of DCH Group’s business philosophy.

We recognize that thanks to agricultural technological improvements and global competition, Ukraine no longer needs vast numbers of tractors from the Kharkiv Tractor Plant. Therefore, we are building Ecopolis HTZ. This will become Ukraine’s very own Silicon Valley in Kharkiv, and is in line with President Zelenskyy’s vision for the region. We have a clear strategy in mind and have already secured agreements with the first resident companies from among the ranks of the world's largest corporations.

We are confident that aircraft construction and other mechanical engineering in Ukraine requires financial investment in order to flourish, rather than industrial lobbying programs. DCH Group plans to use its capabilities and resources to preserve and modernize Motor Sich, Kharkiv Aviation Plant, and Electrotyazhmash.

We have not only announced our intention to return the famous FC Metalist to Kharkiv and Ukraine, but are already doing this in practice.

We have great plans for various investment projects in Ukraine, from creative businesses to road construction. In each specific case, foreign partners will also invest, with any resulting cash flows due to DCH being reinvested into the Ukrainian economy.

There is virtually nothing left of the old economy to divide and redistribute among vested interests. Instead, we must develop a long-term growth strategy to build for the future.
At DCH Group, we are open to dialogue with everyone who shares our vision of Ukraine’s place in the global economy. We have a range of exciting investment projects, an effective team, and a strong will to succeed in everything we do.

We invite all potential partners to join with us in developing Ecopolis HTZ, mechanical engineering, and aircraft construction. Our efforts today will assure our children and grandchildren the standard of living they deserve, while also finally realizing Ukraine’s potential as an important player on the global economic stage.

Investing in Ukraine Opinion Ukraine at 30