OPINION: What impact will the coronavirus pandemic have on the negotiation process to end the Russo-Ukrainian War?

Russian aggression in Ukraine is now entering its seventh year with no end in sight to the conflict. How might the global coronavirus crisis shape efforts to achieve peace in eastern Ukraine? 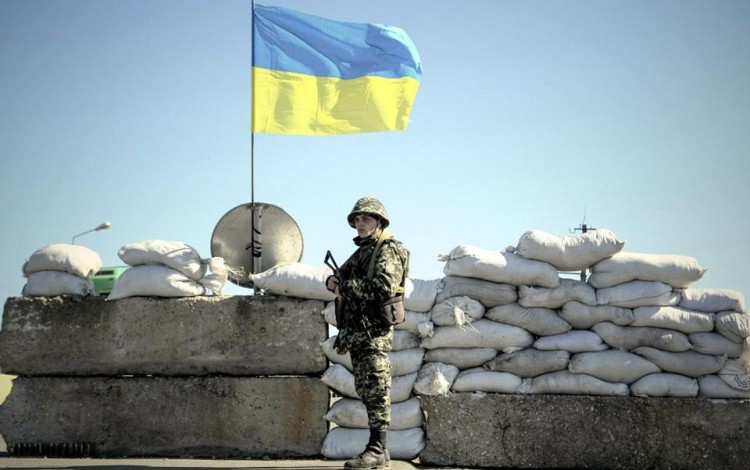 International attention is now fully focused on the fight against the coronavirus pandemic. This has moved the topic of Russian aggression against Ukraine even further away from the international headlines. At the same time, Russia has stepped up its efforts to take advantage of the coronavirus crisis, with loudly proclaimed aid deliveries to Western countries and calls to lift sanctions on "humanitarian" grounds. What should Ukraine prepare for? What can we expect from Russia? How will the EU and the US behave? The New Europe Center invited experts to share their thoughts on the possible impact of the coronavirus crisis on the peace process in eastern Ukraine.

The systemic realities will not change. Russia will not deviate from its determination to subordinate Ukraine or wreck it. So long as the current leadership group is in place, this priority will be insulated from every hardship and pressure. The most critical variable, then, is how seriously, if at all, the pandemic affects the inner stability of the leadership group. The other variables will be the Kremlin’s perception of Western cohesion and Ukrainian resilience. Today it has no answers to these questions, but it will use the means at its disposal to narrow its uncertainties and test its opponents. If their response shows disarray and weakness, then Putin might feel tempted or impelled to move the goalposts. Demoralisation and disorder in Ukraine – which Russia will do its best to foment – could be the prelude to a credible threat of military intervention that compels the West to ‘face reality’ – that Ukraine is an unsolvable ‘mess’ — and negotiate a settlement over its head. This could be an ill-judged scenario on Russia’s part – and it would not be the first – but its consequences could be dire even if it fails.

The only noticeable effect of the pandemic on negotiations is their further displacement on the margin of European and, in many respects, Russian politics. At the same time, no changes in Russian approaches occur or are visible. If the crisis proves to be relatively short-term, Russia will come out of it with less severe economic impact than Ukraine due to accumulated resources, even with low oil prices, and then its pressure on Kyiv may increase as the Kremlin would need political points in both internal and external context. If the crisis turns out to be so painful economically for the Russian economy that it needs Western assistance, there could be a change in approaches to the Donbas problem within the framework of a general revision of relations with the West.

Since the pandemic is in an early phase, at least in the former Soviet republics, much is unknown or could change. That said, the immediate impact of the virus on the negations will likely be negative. First, the attention of the authorities in Ukraine and Russia will be diverted to addressing the internal crisis. Second, some Russian policymakers hope that they can exploit the crisis to secure the removal of EU sanctions on Russia regardless of progress on the Minsk Agreement or Crimea. President Putin has already called for a suspension of all sanctions to facilitate international cooperation during the pandemic. Third, even if sanctions remain, some Russian policymakers hope that their EU counterparts will be too distracted during the crisis to support Ukraine fully. Fourth, EU-US differences over the crisis could also prevent NATO allies from cooperating to support Ukraine. Finally, the crisis may reduce spending for NATO projects, including the training and equipping of Ukrainian government forces. For now, the Russian government may see advantages in delaying talks in the hope that their negotiating position will improve in the future.

The pandemic will definitely slow down the negotiation process. However, it would be paused even without the pandemic. Even before the introduction of quarantine, there was a growing tension in the negotiations. The pandemic, to a certain extent, allows each side to find excuses for the lack of progress and the reason why the Normandy summit will not take place in April. How will the pandemic affect Russia’s actions? Even under the pressure of stronger circumstances, Moscow has not deviated from its goals in Ukraine. The Russian approach has been in essence a campaign of attrition against Ukraine. In this regard, the pandemic contributes to the Kremlin’s plans, as it has a devastating effect on Ukraine’s vital functions. Russia saw Zelenskyy’s coming to power as a kind of window of opportunity, a chance to impose its settlement plan on Kyiv. This perception turned out to be erroneous, at least so far. The pandemic is partially forcing Moscow to focus more on domestic policies. However, once the epidemic goes down, more blackmail and further provocative actions can be expected from Russia. The EU and the US should prepare for a negative scenario. Sanctions against Russia should not just be extended, but also strengthened. Russia must understand that its actions remain in public view. Given the worsening economic and social situation within Russia and in the run-up to the 2021 parliamentary elections, Putin might be tempted to use a favored tactic - the mobilization of the electorate through a military affair abroad.

COVID-19 seems unlikely to have a huge impact on negotiations over Donbas, but it should prompt better cooperation between Kyiv and the de facto authorities in Donetsk and Luhansk to mitigate the impact of the disease. So far, the disease does not seem to have created much positive momentum for the peace process. While both the government and the two “Republics” acknowledged a United Nations call for a global humanitarian ceasefire to address the pandemic, fighting has continued on the line of control and there was a spike in artillery fire on 9 April. Moreover, with COVID-19 occupying domestic and international attention, the Zelenskyy administration may delay the implementation of controversial commitments it made in early March to start a dialogue with representatives of the Russia-backed regions. The disease has also made humanitarian coordination difficult. Not only have the Ukrainian authorities closed crossing points on the line of contact to stop the spread of the disease, but the de facto authorities in the Donetsk and Luhansk “Republics” have also cut off movement between the two of them. Such decisions could exacerbate the suffering caused by COVID-19 by preventing the transport of much-needed humanitarian assistance. To limit that suffering and help maintain political contacts among the parties during this crisis period, all sides should work towards pragmatic steps to facilitate humanitarian aid, such as opening the Shchastya bridge between Ukrainian-held territory and the Luhansk “Republic’ to shipments of medical supplies and equipment. Such steps will not necessarily bring a political solution in Donbas much closer, but they could help cushion the population against some of the impact of the pandemic.

Valeriy Kravchenko, Director of the Centre for International Security; Senior Researcher at the National Institute for Strategic Studies

The COVID-19 pandemic draws the attention of the global community away from addressing the common problems of the entire mankind, especially war and peace. Moreover, the global nature of the issue creates an illusory smokescreen that individual actors considering themselves more resilient to problems would like to use. Naturally, these are autocracies, regimes with openly expansionist sentiments. Russia is already trying to use this smokescreen to lift sanctions. To achieve this goal, the Russian Federation will use any negotiation platform from the UN and the OSCE to the G20 summit and the expert level of the Normandy Format. The pressure of the Russian Federation has a clear purpose: to force weak Ukraine, suffering from the effects of the economic crisis, to make concessions, in particular, to negotiate directly with Donetsk and Luhansk. Obviously, the political process of Minsk must be suspended, as the negotiations in video format will not produce results (and accordingly, any realistic prospect of holding elections in the occupied territories this year). Ukraine should focus on a viable humanitarian plan for the salvation of the occupied territories, develop a model for the involvement of the displaced persons in the negotiation process, and agree on a plan for the deoccupation and peaceful reintegration of Donbas and Crimea. These steps should be discussed in the Ukrainian expert community and explained to the general public right now, as the quarantine provides enough time.