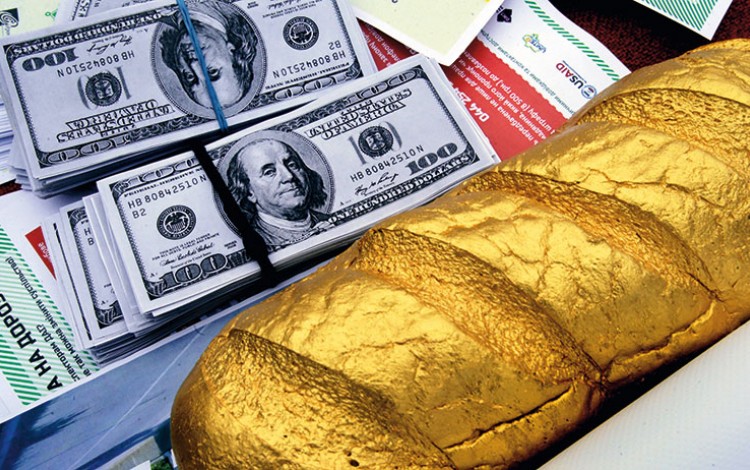 The International Republican Institute’s (IRI) latest poll on Ukraine includes some figures on corruption that may seem shocking those unacquainted with Ukraine. For example, one quarter of respondents who visited a medical establishment over the last 12 months say they were asked to pay a bribe. But this is hardly surprising to those who follow the events in Ukraine closely. It is no secret that Ukraine suffers from endemic corruption, and the Ukrainian people know it. Corruption continues to be the main issue in Ukraine (in addition to the war in the Donbas), and calls for robust anti-corruption reform have continued in the wake of the 2014 Revolution of Dignity.

These demands for reform are understandable, given the magnitude of the problem. Nearly three-quarters of Ukrainians believe that the country’s court system is more corrupt now than it has been in recent years, for example. And the problem isn’t just on the national level. IRI’s most recent municipal data indicates that overwhelming majorities in 22 of Ukraine’s largest cities believe that corruption is a serious problem.

PROGRESS SHOULD NOT BE OVERLOOKED

Despite these daunting figures, considerable progress is being made. For example, the adoption of the online procurement system, ProZorro, by national and local governments has dramatically reduced corruption in state tendering processes by providing more transparency to a once-opaque system that was long synonymous with corrupt practices. The new system has been praised for already saving Ukrainian taxpayers saving Ukrainian taxpayers millions of dollars—a notable success considering that an estimated USD 2.3 billion was lost annually to corruption in public procurement each year prior to the advent of ProZorro.

Similarly, Ukraine’s newly outfitted patrol police have contributed to considerable improvements in public approval of police activities. These young officers, having pledged to refuse to take bribes, are working to reform Ukraine’s law enforcement sector from the inside.

Advancements have also been made in Ukraine’s housing sector. Citizens are opting in greater numbers to form private housing associations, known as “OSBB,” and are signing up for private or communal property management services rather than continuing to rely on the existing ZhEK system—an antiquated and often corrupt Soviet institution created to provide basic repairs and maintenance to Ukraine’s residential buildings. The mismanagement of the ZhEKs, as well as its failure to adequately respond to the needs of dues-paying residents, resulted in the emergence of increasingly popular alternative models that also provide a promising possibility for local self-governance in Ukrainian cities.

Many of the reforms currently at the implementation stage have the potential to dramatically improve the quality of life for citizens at the local level. From the usage of e-petitions to participatory budgeting, individual Ukrainian local authorities are increasingly making an effort to become more transparent and accountable to their constituents.

What’s more, Ukrainians have begun to notice. IRI municipal polling data from earlier this year revealed that a growing number of citizens believe that their city authorities are working to end corruption in their communities—the increase since the previous year was modest, but it is an increase nevertheless. This is noteworthy at a time when general attitudes towards reform efforts remain deeply cynical.

Although there is little doubt that much work remains to be done, the international community should seek to capitalize on this momentum at the local level. As local government and institutions such as schools and administrative services are often the primary contact points for citizen-government interaction, we must reconsider the importance of local anti-corruption initiatives as an integral part of our governance support within the country. Corruption at the local level often manifests itself through poor service delivery and high administrative costs, as the example of ZhEKS illustrated, leaving many cities across the country vulnerable to corruption and frustrated with their government.

These issues will only intensify as decentralization reform continues to develop in Ukraine. The success of decentralization will in part rest on the ability of local governments to be responsive to citizen needs. At this stage, it is crucial to build trust in government institutions and the decentralization process as a whole.

While reducing corruption at the local level will strengthen the potential for the success of decentralization, it will also bolster the democratic capacity of local government actors. Local government is often the incubator of new ideas and leaders. Investing in the integrity of public officials at the local level has a spillover effect as these leaders rise to higher levels of government or greater positions of power within their political parties.

Similarly, as citizens come to expect transparent and accountable governance at the local level, there will be upward pressure to encourage improved integrity practices at higher levels of government. While working on anti-corruption on the local level may lack the broad appeal of a trendy national-level reform, it is an essential building block of successful decentralization reform and reestablishing trust in government.

So, what can be done? There are a number of pathways available for addressing corruption on the local level, including legal reform and strengthened law enforcement initiatives. IRI has chosen to cooperatively develop anti-corruption strategies with local officials, building off the organization’s long history in the country and working with political parties at the national and local level.

Through IRI’s Vulnerabilities to Corruption Assessment process, IRI works with local officials and civic activists to identify and map vulnerabilities to corruption within government processes and institutions. By engaging with local government officials as partners in the reform process, we are able to demonstrate the democratic and political values of corruption mitigation, while simultaneously supporting the implementation of transparency and accountability practices. IRI has seen success with this process in several countries already, including Mongolia and Indonesia. Ukraine-based assessments have been conducted (or are underway) in Mykolaiv, Chernivtsi, and Ivano-Frankivsk, and are helping to establish a roadmap for corruption mitigation activities in these cities.

As the international community continues to assist Ukraine in a variety of sectors, now might be the right time to double down on its support for local anti-corruption initiatives. After working in Ukraine’s many and diverse regions for nearly 20 years, we can confirm considerable progress at the local level.