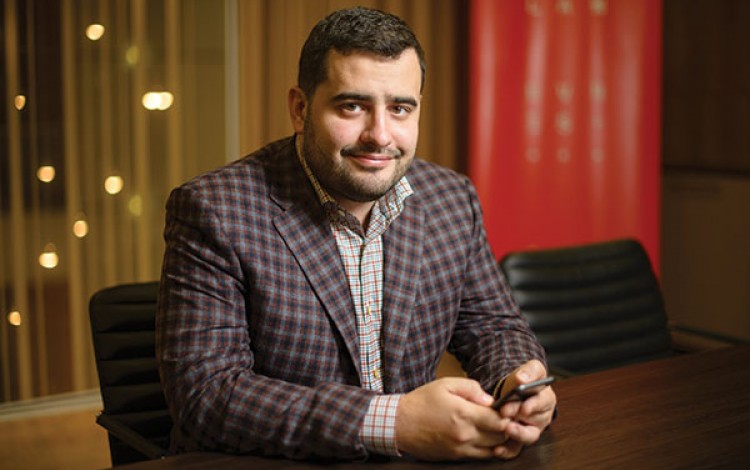 On a national scale, Ukraine’s approach to supporting the development of startups is disappointing. This is a cause for concern because only those who think globally will succeed in today’s innovation-driven economy. The very nature of competition in the innovation economy often transcends national borders, but it remains strategically important for individual countries to foster the most dynamic startup climate possible if they wish to remain competitive internationally. The Ukrainian authorities need to consider adopting a more hands-on approach instead of idly watching as ideas and specialists leave the country for more attractive startup environments.

As the modern world becomes increasingly decentralised, the venture economy occupies a key and often proactive role in this process, creating change rather than merely reacting to a changing environment. This makes it essential for every government to foster the right conditions for a thriving venture economy. Ukraine has yet to do so, and there are numerous indications that this is placing the country’s future development at risk.

Not so long ago, many Ukrainian media outlets carried reports that the Polish government had developed a program bringing together Ukrainian startups with Polish venture capitalists. Obviously, this is the correct step for Poland to be taking. Embracing a rapidly growing but drastically underfunded neighbouring market is a great way to increase Polish budget revenues and position the Polish economy for further future progress. Moreover, thanks to the growing trend among young Ukrainians to seek higher education in Poland (almost 38,000 Ukrainians were enrolled at Polish universities in 2018, representing more than half of the country’s entire international undergraduates), many potential Ukrainian tech entrepreneurs are already in a position to begin cooperation with their western neighbour.

What could this mean for Ukraine? The first and most obvious answer is that the country will witness the steady outflow of technical experts and entrepreneurial innovators. Even if Ukrainian specialists do not leave the country, a framework now exists that will allow them to register their businesses in Poland, meaning that taxes will flow to the Polish budget instead of staying in Ukraine. It is important to stress that Poland is not to blame here for creating these conditions. The Polish authorities are merely protecting their interests in the same way that many if not most other nations are seeking to do. This means creating tax incentives and other enticements for innovative projects in a bid to attract startups from beyond the country’s borders.

This is an issue for individual cities as well as entire countries. At the end of last year, one of the main ideologists of the creative economy, Richard Florida, along with co-author Ian Hatvei, published a piece on the changes currently underway in the geography of startups. According to these eminent researchers, it is becoming clear that the global startup atlas has undergone drastic changes in recent years. Unsurprisingly, the US is still in the lead overall. However, among the world’s top ten startup cities, we now see Shanghai right behind San Francisco. Nor is this the only Chinese city among the leaders. In terms of investment, the US share has also dropped sharply (especially since 2017). Against a background of overall growth in indicators, this decline in the US share of innovation investment demonstrates the mounting pace of recent international diversification.

While all successful startups necessarily think globally, they also have to consider their base location. This increasingly means choosing between different cities, not only between different countries. Perhaps the strongest evidence of this trend is the fact that startup ratings generally rank cities rather than countries in terms of attractiveness. Ukraine as a whole and Ukrainian cities in particular are still far from becoming magnets for innovators. The issue has emerged on the country’s political radar and is now often on the agenda as municipal authorities look to boost their investment climates, but progress is still alarmingly slow. For example, positive initiatives like the creation of an Innovation Development Fund have not yet reached full implementation.

The Ukrainian authorities at both municipal and national level are taking enormous risks by delaying progress in this sphere. They are also preventing the country from realizing its abundant innovation potential. Despite the lack of a more favourable startup climate, the number of registered IT specialists grew by 23% over the past year. This striking rise illustrates the opportunities Ukraine currently has to become a more prominent focus for the global innovation economy. To reach this objective, Ukraine needs a national strategy and an effective startup support system. This includes up-to-date guidance and training for tech entrepreneurs within Ukraine’s extensive higher education environment, along with the creation of more research centres. There is no need for Ukraine to reinvent the wheel. All over the world, the best startups tend to emerge from universities.

Poland’s interest in Ukrainian startups is entirely logical. Indeed, it is probable that other neighbours will soon become more active too in their efforts to entice Ukraine’s startup talent. People who embrace startup culture are naturally also on the lookout for the best possible environment to implement their ideas. Ukraine must now take steps to create this environment at home. Failure to do so will only hurt the country’s long-term national interests. It will also prevent Ukraine from reaching its obvious potential as a major innovation economy.