Can Ukraine build on post-2014 progress and realize the country’s energy industry potential? 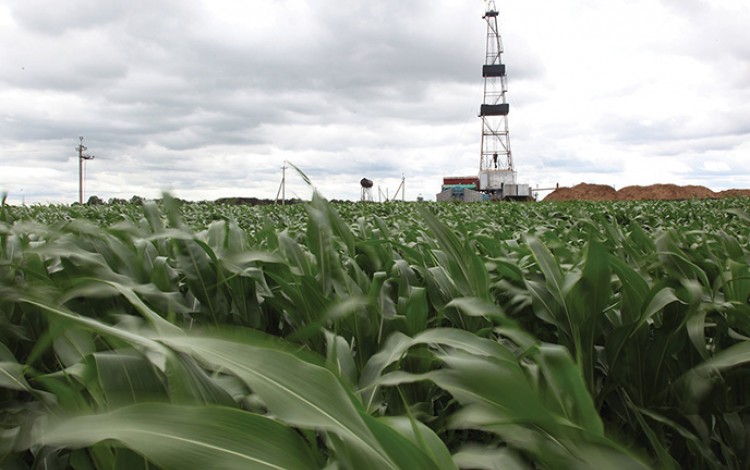 Ukraine’s gas sector has witnessed some of the most dramatic reforms since the country’s 2014 Revolution of Dignity, but while analysts praise the changes taking place in the sector, many ordinary Ukrainians remain preoccupied by the accompanying sharp rises in their gas bills. Business Ukraine magazine invited Olha Bosak of the Center for Oil & Gas Sector Reforms and SOE Corporate Governance at Naftogaz Ukraine to explore how energy sector reforms can make a positive contribution to the wellbeing and security of the nation.

As somebody directly involved in the ongoing transformation of Ukraine’s energy sector, I am always pleased to hear positive feedback about Ukraine’s gas market reforms from prominent economists such as Francis Fukuyama and Anders Aslund. However, beyond the expert community, public attitudes towards recent developments in Ukraine’s gas sector are still taking shape. Are the changes within Ukraine’s natural gas industry strategic, operational or merely tactical in nature? Will these changes have long-lasting effects on Ukraine’s economy? How will the average citizen of Ukraine benefit from the reforms? These are all important issues with serious ramifications, both for individual Ukrainians and for the geopolitical balance in the entire region.

A basic overview of today’s European gas market illustrates the significance of Ukraine’s role within the wider continental market. Ukraine has the largest underground gas storage facilities in the whole of Europe and currently ranks among the top three European countries in terms of proven gas reserves. Meanwhile, Ukraine is number four in terms of gas production and, for the time being at least, remains the number one country for Russian gas transit.

The future trajectory of the Ukrainian gas sector depends on a number of different internal and external factors, with the ongoing reform process itself chief among them. At present, it is possible to identify three key directions of this reform process that are laying the foundations for positive change while offering the prospect of future benefits for ordinary Ukrainians.

Ukraine’s wholesale gas market has undergone an unprecedented process of liberalization in recent years. In 2015, Ukraine’s flagship oil and gas company Naftogaz ceased importing gas from Russia and began receiving reverse flow deliveries from Slovakia, Poland and Hungary, thus ending decades of gas dependence on Russia. Domestic resources and reverse flow deliveries from the European market proved sufficient to meet Ukraine’s gas demand. Thanks to this diversification, Naftogaz and other Ukrainian importers now have access to alternative gas sources and can choose from dozens of potential suppliers. Traders including Engie, Trafigura and AOT Energy have duly entered the Ukrainian gas market.

Both the 2015 Natural Gas Market Law and the 2017 Electricity Market Law brought Ukraine closer to compliance with current EU legislation. One of the main goals of these new pieces of legislation is the liberalization of the Ukrainian natural gas market in compliance with the Energy Community Treaty and the EU’s Third Energy Package.

The creation of a liberalized gas market featuring market-driven competition and a supply-demand balance will lead to greater gas production. Another crucial expected outcome of gas market liberalization is the freedom of consumers to choose suppliers. If realized, this will allow Ukrainians to shop around for the most attractive offer. The current priority is to ensure that the new legislation works effectively for Ukrainian citizens and Ukrainian businesses alike.

Since the start of Ukraine’s gas sector reforms, the country’s gas production has benefited while gas consumption has decreased dramatically. In 2017, Naftogaz subsidiary Ukrgazvydobuvannya produced the company’s highest annual gas total in twenty-four years. At present, Ukraine still meets around one-third of domestic gas demand via imports, but developments in the country’s energy sector regulatory framework could lead to an increase in the proportion of Ukraine’s gas requirements covered by domestic resources.

Recent legislative changes are giving rise to hopes that Ukraine can finally reach its true potential as an energy-producing nation. Many observers expect the new legal framework to boost oil and gas production while stimulating investments in the upstream sector. Meanwhile, growing supply coupled with decreasing domestic demand can result in lower natural gas prices on the Ukrainian market.

Confidence in the Ukrainian gas industry’s ability to withstand potential crises has increased noticeably since 2014, not least due to Ukraine’s proven ability to diversify its supplies. After a four-year long legal dispute over gas transit terms and conditions between Ukraine’s Naftogaz and its Russian counterpart Gazprom, the Stockholm Court of Arbitration ruled earlier this year in favor of Ukraine, leaving Gazprom with a bill of over USD 2.5 billion. Naftogaz’s success convinced many doubters of Ukraine’s growing ability to defend its interests in confrontations with Russia. This resilience bolsters Ukraine’s reputation as a reliable partner capable of playing a significant role in European energy security.

The reform road ahead remains long and challenging, but it is already clear that the prospects for the Ukrainian gas market are more promising than at any point in the post-independence era. Despite Russia’s military intervention in Crimea and eastern Ukraine, the country has managed to pursue strategic reforms that create room for considerable optimism. If the announced reforms are now able to reach the stage of full implementation, they will lead to long-lasting effects for Ukraine’s broader economy. A fully functioning domestic gas market will have a very positive influence on the wellbeing of ordinary Ukrainians.

For the time being, Ukraine remains the most powerful gas transit nation in Europe and home to one of the largest domestic gas markets on the continent. While the reform process is cause for encouragement, it is only the beginning. Numerous important issues require addressing before Ukraine can hope to achieve anything approaching its full energy sector potential. Regulatory and administrative barriers require removal. The country must find new ways to monetize its unrivaled gas storage capacity. Gas production must be further increased and targeted subsidies introduced, while at the same time consumption must continue to decline. All these processes should take place against a backdrop of enhanced energy sector dialogue at the European level. Ukraine must seek to play a greater role in Europe’s energy debates in order to address issues that resonate beyond Ukraine and affect the functioning of the entire European gas market.

About the author: Olha Bosak is Director of the Center for Oil & Gas Sector Reforms and SOE Corporate Governance at Naftogaz Ukraine