SOFT POWER IN THE POST-SOVIET SPHERE

PUTIN'S HARD SELL: Post-Soviet Russia will remain a military menace until it ceases to be a soft power failure 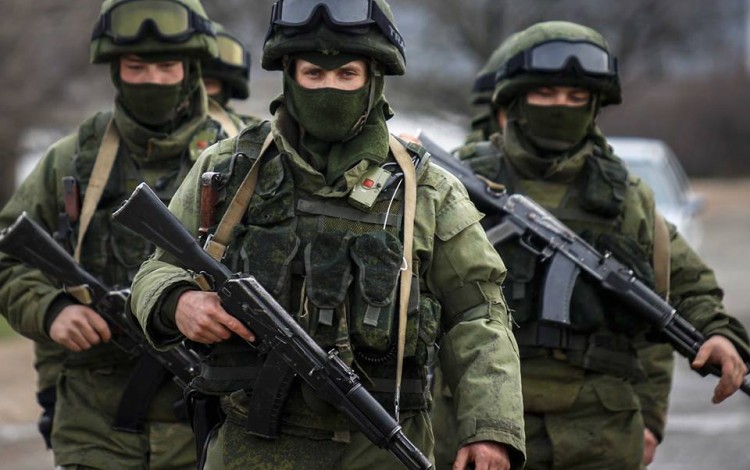 Russian troops during the 2014 invasion of Crimea: Given Moscow’s soft power weakness, the Russian army is one of the few effective foreign policy tools still available to the Kremlin
Peter Dickinson, Business Ukraine magazine

A quarter of a century has passed since the collapse of the USSR, but we are still suffering from the geopolitical turbulence caused by the ongoing rejection of Russia. The current conflict in eastern Ukraine is merely the latest symptom of this malaise, which has its roots in Moscow’s inability to compete with the attractiveness of modern Western society. As Cold War barriers have evaporated and new generations have come of age, more and more nations have sought to distance themselves from Moscow. The Kremlin response to this soft power failure has been military aggression – a policy of last resort rendered effective by the West’s collective desperation to avoid armed Great Power confrontations at all costs.

Ukraine is the latest nation to seek a future beyond the Russian orbit, joining a long line that stretches back at least as far as the fall of the Berlin Wall. Over the intervening two-and-a-half decades, the process that began with the collapse of the Soviet Empire has taken on chronic proportions. The Baltic States are long gone, while the formerly captive nations of Central Europe now lead the push for maintaining anti-Russian sanctions. In the Caucasus region, Georgia is hostile, Azerbaijan is elusive, and even heavily dependent Armenia toyed with defection in 2013. Belarus dictator Lukashenko is more or less openly flirting with the West. The former Soviet republics of Central Asia are increasingly looking to China and seeking to diversify their foreign policy portfolios. In the Balkans, the Kremlin’s staunch historical ally Serbia has added insult to injury by effectively rejecting Russia in favour of the EU, despite having more reason than most to harbor animosity towards the West. Once one of the bipolar world’s two great capitals, Moscow now serves as a redoubt for the Assads, Erdogans and Ayatollahs of the world.

The broad continuity of this rejection process makes claims of a Western plot to encircle Russia particularly hard to justify. Indeed, one of the most misleading assumptions found in international media coverage of Ukraine has been the idea that Western expansionism somehow caused the current crisis. In reality, Ukrainians needed no outside encouragement to choose a European future - it was the proverbial no-brainer, just as it had been for Poland, Bulgaria, Hungary and all the rest.

The same is true of NATO enlargement. The Kremlin loves to demonize NATO as an aggressive empire bent on the destruction of Russia, but the fact remains that the process of post-Soviet NATO growth was driven by the new members themselves. Their main motivation in seeking NATO membership was a desire to have their rejection of Russia backed up by concrete security guarantees.

Russian displeasure at this wholesale rejection is understandable, but it is disingenuous in the extreme to blame it on nefarious Western scheming. At worst, the West has been guilty of opening the door to nations seeking to escape from the Kremlin’s unwanted embrace. In this context, Russian protestations have the ring of an abusive husband railing against social services for poisoning his battered wife against him.

In civilizational terms, it is not difficult to see why modern Russia is such a hard sell. Despite vast material wealth and geopolitical power, Russia still lacks the aspirational appeal that won the Cold War argument for the Western world in the first place. Little has changed since the damning verdict of 1991. Today’s Russia simply cannot compete with the Western world on fundamental soft power issues such as rule of law, social mobility, security, equality, and democracy. Given the opportunity to choose between Russia and the West, the result is still a foregone conclusion. Even the Russians themselves would seem to agree – millions of the best and brightest have left the country for the West since 1991, while you would be hard-pressed to find a single member of Russia’s moneyed

elite who has not sought the sanctuary of the Western world for both their families and their wealth.

Russia’s soft power weakness was particularly prominent in the run up to Ukraine’s Euromaidan Revolution, when much of the argument for rejecting the EU focused on absurd homophobia. Instead of trying to sell the idea of a Russian reunion by taking advantage of close historic, cultural, social and ethnic ties to Ukraine, the Kremlin fell back on playground smears. This ‘Europe is Gay’ gambit was a more or less open admission that Moscow had given up even trying to make its case.

Rather than attempting to compete in the realm of ideas, Russia has responded to the post-Soviet wave of rejections by becoming a spoiler superpower. Unable (or unwilling) to pull itself up, it seeks to drag others down. Much of Kremlin policy now focuses on spoiling tactics including support for far-right political parties, separatist movements, conspiracy theories and anything else capable of undermining the allure of the liberal democratic consensus. Meanwhile, Russian soft power vehicles like RT (Russia Today) and Sputnik eschew the promotion of Russia itself in favour of 24/7 attacks on Western civilization. Both at home and abroad, the key Russian media message is clear: ‘You think we’re bad? The West is no better.’

Russia’s spoiling tactics come in combination with a readiness to use force that flies in the face of accepted twenty-first century soft power wisdom. Resorting to military options is an inherently risky business, but Russian strategists would argue that they have little alternative. Given Moscow’s soft power weakness, the Russian army is one of the few effective foreign policy tools still available to the Kremlin. Putin’s great strength is his willingness to use it. The Kremlin has repeatedly secured strategic advantages by using the Russian military to create new realities on the ground, leaving hapless Western leaders to offer up expressions of concern and issue absurd calls for restraint.

This pattern has already repeated itself successfully in Chechnya, Georgia, Crimea and eastern Ukraine. It would be foolish to think Russia will abandon these tactics anytime soon. On the contrary, it is logical to expect further escalations and increasingly bold risk-taking. The Kremlin is clearly convinced that modern Western society has no stomach for military confrontation and will back down every time it faces the prospect of a major collision. Events in Ukraine over the past two-and-a-half years have strengthened this conviction, while the success of Russia’s military operations in Syria has served to highlight the benefits of old-school military might on the global stage. The international community must now brace itself for further military adventures, frozen conflicts and hybrid wars.

Many senior figures within the international community continue to advocate dialogue with Russia and speak of finding compromise solutions that will prevent further bloodshed. Such notions are inevitably appealing, but they are ultimately shortsighted. Appeasing this kind of opponent may buy momentary breathing space, but it will have disastrous long-term consequences. Putin’s Russia is not some kind of geopolitical problem child with valid grievances who can be placated with concessions and reassurances – it is a declining superpower desperately trying to reverse the tide of history via the use of force. Putin has little choice but to rely on his powerful military, and he will continue to do so for as long as it proves effective. History suggests that some form of decisive confrontation will eventually become unavoidable. The West must now decide when - and on what terms - this confrontation finally takes place. The longer the international community waits, the higher the price will be.