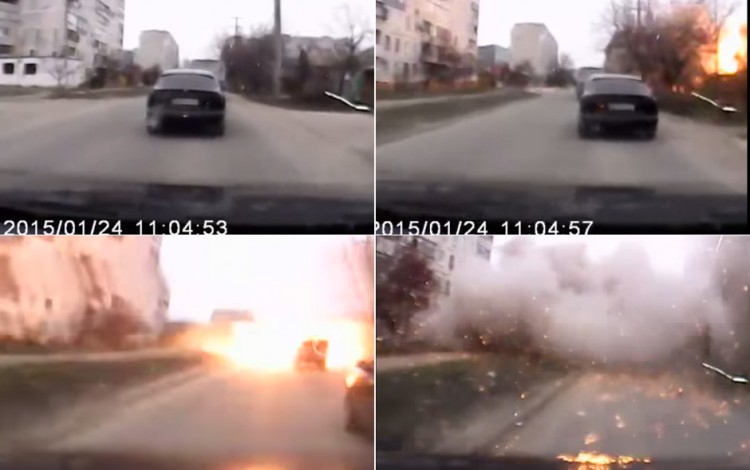 Open source data investigation group Bellingcat has revealed the identities of the Russian army officers responsible for an artillery attack on a civilian residential district of Mariupol in January 2015 that left 30 dead and over 100 wounded. The attack remains one of the most serious war crimes committed by the Kremlin during the course of Moscow’s four-year covert military campaign in eastern Ukraine.

Bellingcat’s findings rely on a range of raw video and audio data that is being submitted by the Ukrainian government to the International Court of Justice as part of ongoing legal proceedings. Bellingcat officials say they conducted detailed cross-referencing of events, names and locations against available open source data including satellite photography, social media posts and voice samples from public statements made by some of the identified persons. Based on this analysis, Bellingcat has determined that the shelling operation was instructed, directed and supervised by Russian military commanders in active service with the Russian Ministry of Defense. The group has identified nine Russian officers including one general, two colonels and three lieutenant colonels directly involved in the Mariupol attack.

Additionally, Bellingcat researchers have determined that the two artillery batteries of Multiple Launch Rocket Systems (MLRS) used in the attack arrived from Russia on the day before the Mariupol operation. These batteries were deployed in eastern Ukraine exclusively for the shelling of targets in and around Mariupol, after which they were repatriated back to Russia.

Russia has consistently rejected responsibility for the Mariupol artillery attack, while Kremlin TV has promoted various counter-narratives blaming Kyiv or accusing Ukraine of staging the atrocity as a provocation. The attack is a particularly thorny issue for the Kremlin as the victims were mostly Russian-speaking Ukrainians and ethnic Russians in a region previously known for its strong pro-Russian sympathies.

Moscow continues to deny any involvement in the eastern Ukraine conflict despite overwhelming evidence to the contrary including captured Russian soldiers, eyewitness accounts, intercepted communications and the presence of Russian military hardware in the warzone. The international community has largely dismissed these denials and imposed sanctions on Russia for its ongoing aggression in Ukraine.

As one of the key innovators in the emerging field of open source data analysis, Bellingcat has played a key role in exposing Russian military involvement in eastern Ukraine. The group has gained prominence for its work on the MH17 tragedy and has produced detailed analysis documenting various aspects of Russian military operations in Ukraine. A more detailed Bellingcat report on the Russian role in the Mariupol artillery attack is set for publication later this week.