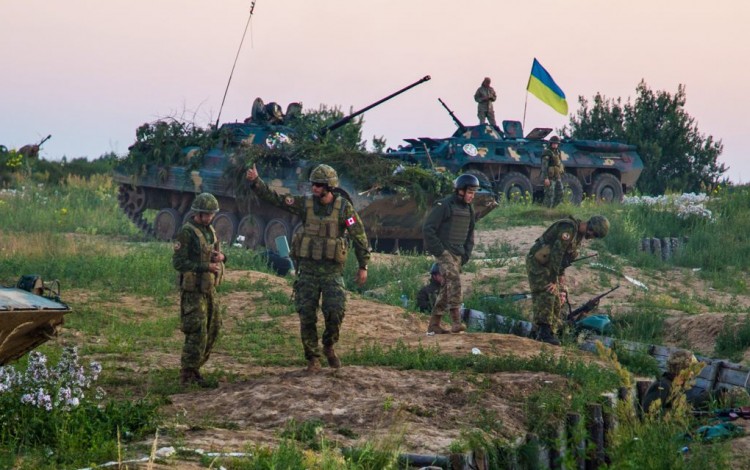 Canada has been at the forefront of international efforts to boost Ukraine’s military capabilities in response to the Russian-led conflict in the east of the country. Since autumn 2015, a team of Canadian military trainers has been active in Ukraine sharing crucial skills and aiding in the process of adapting to NATO standards. Business Ukraine magazine spoke to the Commander of Canada’s Joint Task Force – Ukraine, Lieutenant-colonel Tim Arsenault, about the goals of the training programme and the experience of interacting with Ukrainian troops fresh from the front lines of the Kremlin’s hybrid war.

What are the key focuses of the Canadian military training programme in Ukraine?

Operation UNIFIER is the military contribution to the Canadian government’s overall support to Ukraine. The Canadian military has therefore put together a highly skilled group of soldiers to address specific issues identified by the Ukrainian military. The goal of the trainers is to help develop and enhance the capacities of the Ukrainian Armed Forces (UAF) in various areas such as Small Team Training, Counter-Improvised Explosive Device capabilities, Military Police skills, Medical training (combat first aid and instructor courses) and Logistics systems modernization. The task force is comprised of approximately 200 Canadian Armed Forces personnel and the current rotation is mainly from the 2nd Canadian Division. Most of our group will have spent 7 months in Ukraine.

Many Canadian soldiers present on our current rotation benefit from experience in Afghanistan. This is invaluable and gives them the credibility and the confidence required to take on this mission. The biggest difference remains the fact that many UAF soldiers we have trained are experienced, professional soldiers. They are determined, patriotic, proud, and they are eager to share information and to learn new methods. The contrast is obvious. In Afghanistan the trainees had no experience and our trainers needed to start with the basics. In Ukraine we need consider the current knowledge and experience of the battalion we train and adapt our training accordingly. This difference makes the training interesting because we need to tailor it to suit specific needs. Our instructors can also rely on the experienced Ukrainian soldiers to help them identify areas where our contribution can be the most effective.

Canada has one of the world’s largest Ukrainian diasporas. What impact has ancestral links between the two countries had on the training mission?

Coming to Ukraine I was aware that a large portion of Canada was closely watching and supporting this mission. After many months in Ukraine, I note that we share common values with our Ukrainian partners and that we are very similar. This has helped us develop strong friendships with them. As far as the training mission goes, knowing that a significant part of the Canadian population is interested in what we do certainly serves as an extra motivation.

Operation UNIFIER’s job is to improve the UAF’s interoperability with NATO military forces, and this is what our training is providing. Although Operation UNIFIER is identified as Canada’s training mission in Ukraine, my soldiers have the utmost respect for the skill and experience the Ukrainian Armed Forces have acquired in the conflict zone as they fight a conventional and well-equipped military force. Our work with the UAF certainly is mutually beneficial.

Based on your close-up experience of the Ukrainian military, how realistic do you think it would it be for Ukraine to adopt NATO standards? Which areas of this process would pose the greatest challenges?

The UAF can achieve NATO standards, but it will take time. Over 1700 Ukrainians have been trained by Canadian soldiers since the beginning of Operation UNIFIER in the autumn of 2015. We are doing our best to ensure that we are training instructors who will in turn be able to continue training after we leave. But the key to ensuring that the effects of this training will not dissipate over time is the planned institutional reform that the Ukrainian government has set out to achieve in its Strategic Defence Bulletin.

On a personal level, what has surprised you most in your interaction with Ukrainian soldiers?

I was surprised to see how much Canadians have in common with our Ukrainian counter parts. We have developed very strong relationships, and it will be difficult for us to leave!

About the interviewee: Lieutenant-colonel Tim Arsenault is the Commander of Canada’s Joint Task Force – Ukraine