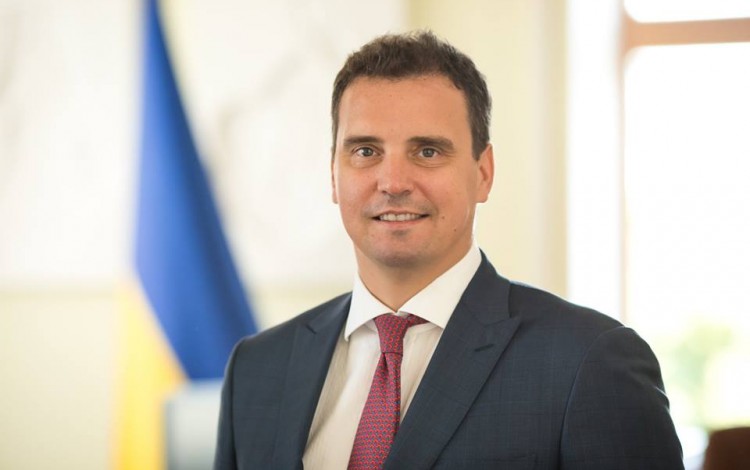 Ukraine’s Minister of Economic Development and Trade of Ukraine Aivaras Abromavicius tendered his resignation on 3 February, claiming that corruption remained rife within the post-revolutionary government. Minister Abromavicius accused government officials of ‘concrete actions aiming to paralyse reform efforts’ and named an MP close to President Poroshenko as a leading offender.

The departure of the widely respected Economy Minister has sent shockwaves through the Ukrainian political classes and caused alarm among the country’s international partners. Ten ambassadors from nations at the forefront of international support for Ukraine’s European pivot signed a joint statement expressing ‘deep disappointment’ at the minister’s resignation and calling on Ukrainian leaders to ‘set aside their parochial differences, put the vested interests that have hindered the country’s progress for decades squarely in the past, and press forward on vital reforms.’

Below is the full text of the resignation letter released by Minister Abromavicius:

Today, I decided to tender my resignation as the Minister of Economic Development and Trade of Ukraine.

Here is why. It has become clear that any kind of systemic reform is decisively blocked.

It is more than the mere lack of support or political will. These are concrete actions aiming to paralyse our reform efforts, ranging from a sudden removal of my security detail to the pressure to appoint questionable individuals to my team or to key positions in state-owned enterprises.

I can only interpret these actions as a persistent attempt to exert control over the flow of money generated by the state-owned enterprises, especially NAK Naftogaz and the defence industry. I refuse to be part of this system. Neither me, nor my team are prepared to serve as a cover-up for the schemes, old or new, that have been set up in the private interest of particular political or business players.

Fourteen months ago, along with other like-minded professionals, I joined the Government in order to work as a team to implement reforms. The people of Ukraine, the Ukrainian business, the civil society and the international community eagerly awaited these reforms. I am deeply grateful that the people of Ukraine entrusted me with the task of changing the system, eliminating corruption, and carrying out systemic reforms – all in the face of a violently turbulent economy.

At the time, the leaders of the country assured me of the technocratic nature of the new government, of the autonomy to appoint my own team, of the absolute political support and commitment to reforms.

As a result, the Ministry of Economy recruited people of the Western mould – young, educated abroad, open-minded, principled, committed, and, most importantly, possessing a deeply rooted desire to change our country. We came here to do big things like deregulation, SOE reform, and public procurement reform. We came here to create an environment conducive to economic growth, favourable to the Ukrainian businesses and attractive to foreign investors.

With the help of our partners in the Government, the Parliament, the business and the international community, we achieved a great deal. Most importantly, we achieved the macroeconomic stabilisation and enabled economic growth. We implemented a radical public procurement reform, which has saved the government 500,000 hryvnias only in its pilot stage, and is primed to generate 50 billion hryvnias in savings each year. Our SOE reform ensures a greater transparency, imposes corporate governance standards and enlists professional managers, effectively shutting off the air supply to crooks of all shapes and sizes. It has already borne fruit – the losses of all SOEs in 2015 were 100 billion hryvnias smaller than in 2014. Deregulation is well underway: we have removed over 100 regulatory barriers for businesses. We have also created the Better Regulation Delivery Office. We cancelled the corrupt 15% discount on oil sales, having saved 2.4 billion hryvnias for the country. These are but a few successes we achieved.

The more radical our actions, the deeper our reforms, and the bigger our progress, the more pressure we had to endure.

We learned how to overcome the resistance of the old system. Turned out, some of the “well-meaning newcomers” are much worse.

Neither me, nor my team have any desire to serve as a cover-up for the covert corruption, or become puppets for those who, very much like the “old” government, are trying to exercise control over the flow of public funds. I am not willing to travel to Davos and talk about our successes to international investors and partners, all the while knowing that certain individuals are scheming to pursue their own interests behind my back.

These people have names. Particularly, I would like to name one today. The name is Igor Kononenko. Despite representing the political party that had nominated me for my post, lately he has been bent on obstructing our efforts.

First, his cohorts in the Parliamentary faction of BPP drafted a resolution demanding my resignation and, using an opposition faction of “Vidrodzhennia”, submitted it to the Verkhovna Rada. They failed to garner any significant amount of support – a total of 18 votes over the past several months.

During the past year, Igor Kononenko hard-pressed for his candidates to take the position of CEOs at state-owned Ukrhimtransammiak, in which he seems to have a stake. He failed to support me in removing Mr Bondyk, who is affiliated with the Party of Regions, as CEO. Instead, Mr Kononenko ensured his associates were appointed to senior positions and joined the old CEO in running the company as they see fit.

Through a crony of his in the Parliament, Mr Kononenko attempted to influence key appointments in the state-owned Derzhzovnishinform, in metal powder factories, and the National Accreditation Agency.

This entire rampage culminated in Mr Kononenko’s desire to have his personal deputy minister of economy – one responsible for Naftogaz and other state-owned companies. His candidate simply showed up with a complete set of documentation, and told me: “I want to be your deputy. I’m part of Kononenko’s team, and my appointment was approved upstairs.” Following this conversation, I received a call from the President’s Administration, whereby I was emphatically suggested to hire this individual, as well as another one, who would take the position of my deputy in charge of defence industry. I responded by declining to take part in this corrupt arrangement and by offering to resign my post.

Finally, Mr Kononenko publicly stated that I was to report to his Parliamentary faction, which would then consider my dismissal. I decided to relieve Mr Kononenko and his team of the burden of having to listen to my report, and therefore I tender my resignation.

My team and I are prepared to vacate our offices as soon as possible and would prefer to avoid months of delay, as seems to be the usual practice. I urge the Verkhovna Rada to consider and accept my resignation tomorrow.

I am deeply grateful to my team at the Ministry, all our partners, international organisations, the business community, and all my kindred spirits in the Government and the Verkhovna Rada, for everything we have done together. I would like nothing more than to carry on with our reform efforts alongside you. However, in these circumstances, I consider it more honest to step aside and to apply my abilities where I can really do some good.

I am a patriot of Ukraine. I live here, and so does my family. I deeply care about our country. We have done a lot, but the point of no return is yet ahead of us. Evil forces still want to wind things back. Let us get rid of all those who shamelessly siphon billions off the Ukrainian economy. These people have no place in the Ukrainian politics or the Ukrainian government.