END OF AN ERA

9 November 1989 – 9 November 2016: Donald Trump’s election as US president confirms the dawn of a new geopolitical reality where anti-establishment populism replaces the liberal consensus of the past quarter century 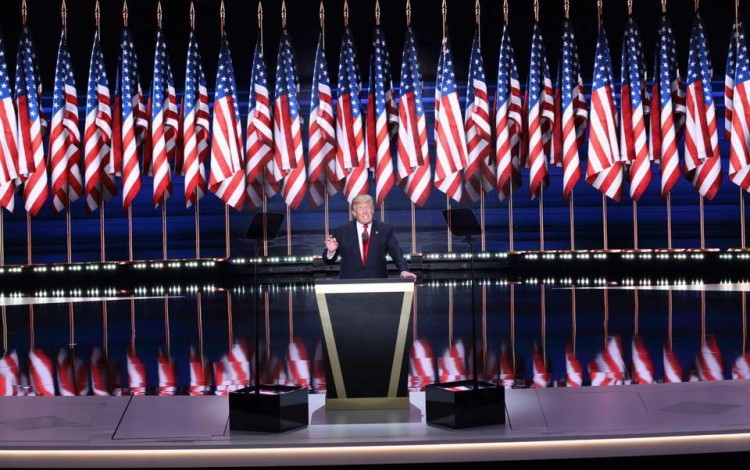 On 9 November 1989 the Berlin Wall fell, signaling the end of the Cold War. Exactly 27 years later, Donald Trump’s 9 November electoral triumph marks the close of the post-Cold War era. All the cornerstones of that era, from the liberal-globalist political consensus to the America-led international security apparatus, are now in danger of eclipse. Instead, we are entering a new age of polarizing populism where grassroots democracy and international insecurity are likely to be the dominant themes.

The initial media reaction to Donald Trump’s victory has been one of shock and dismay. This sense of incomprehension merely serves to illustrate just how out of touch and aloof many in the mainstream media have become. It also highlights the underlying reasons behind Trump’s win. The New York real estate mogul won the race for the White House precisely because he ran in direct opposition to the central tenets of the post-Cold War liberal elite. He successfully positioned himself as the ultimate anti-establishment candidate – a man who self-consciously embraced politically incorrect taboos, lambasted the mainstream media, railed against the unseen forces of international finance, and gave voice to the anger of globalization’s myriad losers. As the election campaign reached fever pitch, he even claimed the entire democratic system itself was rigged.

The great and the good of the American political, media, academic and business communities all lined up to mock Trump, but this chorus of disapproval ended up being counter-productive, serving only to bolster his outsider credentials. No amount of scandal proved sufficient to derail Trump’s momentum – not because his supporters all shared his attitudes towards women, foreigners and minorities (although many no doubt did), but because none of it really mattered when compared to the overriding aim of punching the establishment squarely in the face.

This was not an isolated incident. On the contrary, it was a sign of the times and the culmination of a wave that has been building for the past few decades. Mini-Trumps are currently making themselves felt all over the Western world as the sun sets on the era of open borders, multiculturalism and political correctness. Britain has its Brexiteers. France has Le Pen. The Dutch have Geert Wilders. Virtually every single EU member state boasts its own homegrown variation on the theme. In most cases, they are firmly in the ascendency. These outsider forces have thrived in today’s post-truth world, where opinions trump facts and social media news feeds increasingly align with personal prejudices. Like Trump, they play on widespread disillusionment with traditional political parties and offer the promise of a return to true democracy. Despite a range of local peculiarities, all tap into the same broad rejection of the post-Cold War status quo. They claim to be the voice of the silent majority and enjoy particularly high levels of support among less educated white voters alienated by the modern era’s emphasis on outsourcing, mass immigration and minority rights.

Donald Trump’s triumph will provide a huge boost to this trend. Although it was just the latest in a long line of similar anti-establishment electoral successes, the scale of Trump’s achievement makes it a seminal moment in twenty-first century history. The shockwaves will spread throughout the developed world. All eyes will now be on Marine Le Pen’s 2017 bid for the French presidency. Her National Front colleagues were quick to latch onto the epochal significance of the Trump win, with deputy party leader Florian Philippot tweeting: “their world is crumbling, ours is being built.” A Le Pen victory would pose a direct threat to the entire concept of a united Europe. Even if she can be contained, the dreams of an ever-closer European Union are now surely on hold for the foreseeable. Instead, we will likely see a desperate scramble to tone down EU rhetoric and get back to trading bloc basics.

International security will also suffer. The rise of anti-establishment populism will promote an inward-looking political culture, leading to a more complex and confused international arena. We can expect to see long-term national interests routinely sacrificed on the altar of electoral expediency as politicians shy away from difficult defense-related decisions. Collective action will become increasingly difficult. This could open the way for repeats of Russia’s Crimean land grab and subsequent hybrid war in eastern Ukraine. It may also spark a nuclear arms race, with countries like Japan, Saudi Arabia and South Korea deciding that, on balance, American security guarantees are probably not as rock solid as was once assumed.

What does all this mean for Ukraine? In the short-term, Donald Trump’s numerous alarming statements on Crimea and the war in East Ukraine, coupled with his talk of closer ties with the Kremlin, are sufficient to cause considerable unease in Kyiv. The broader shift away from the post-Cold War order is potentially a far greater blow to Ukraine’s integrationist ambitions. Without America marshalling support for sanctions, the EU will likely struggle to maintain a united front. Brussels will also be reluctant to pursue greater Ukraine engagement for fear of providing ammunition to anti-establishment EU forces who view the process of Ukrainian integration with deep suspicion as a symbol of the European Union’s unwelcome superpower ambitions. Once again, Ukraine finds itself swimming against the tide of history.

In these changing times, it will be more important than ever for Ukraine to make itself as appealing as possible to both Western governments and international investors. The dominant post-Cold War narrative of an ever-expanding democratic world has now passed its sell-by date and will no longer suffice to secure international support. Instead, Ukraine must seek to transform negative outside perceptions and demonstrate that it is an attractive partner rather than a helpless burden. In order to achieve this, Ukraine’s stuttering reform process needs to become far more substantial. Anti-corruption measures must start bringing tangible results. Courts must function. The phony revolution must end. There is no reason for panic – after all, Western support for Ukraine since 2014 has hardly be overwhelming. Nevertheless, the advent of a Trump presidency should act as a wake-up call to the Ukrainian leadership, sending a powerful message that Ukraine cannot take Western backing for granted and must prepare to stand alone against Russia if necessary.