Governor Saakashvili and the many myths of Odesa

Ukraine's Black Sea pearl Odesa has proved reluctant to respond to the clarion call of the Kremlin's Novorossiya project, despite being earmarked as one of the future capitals of Putin's 'Russian World' empire in Ukraine 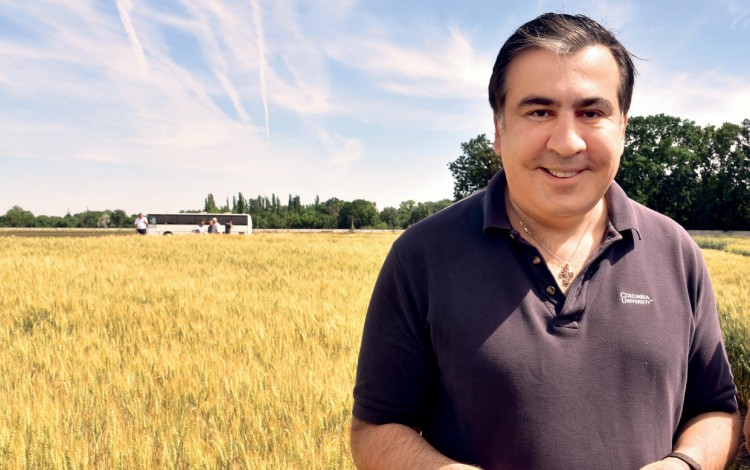 In many ways, it is only appropriate that a city named after the Greek mythological hero Odysseus, should be awash in modern-day myths. The surprise appointment of former Georgian President Mikhail Saakashvili as Odesa Governor has only fueled more myth making. However, given the geopolitical risks at stake today in Ukraine – and specifically Odesa - some key myths should be debunked.

Odesa Myth No. 1: Odesa is a Russian city and the region supports Russia

Fact: Odesa is a European city and the region supports Ukraine. Demographically, the census shows that Ukrainians make up 63% of the population, compared to 21% who identify as Russian. Bulgarians and Moldovans make up six and five percent of the population respectively and Gagauz, Belarusians, Armenians and Roma total a further five percent. In addition, Odesa has the largest Jewish population in Ukraine outside of Kyiv. There is significant foreign investment in Odesa and expatriate communities large enough to justify sixteen consulates including Bulgaria, Greece, Turkey, Romania, Georgia, Israel, Italy, Kazakhstan, South Africa, Latvia, Russia, Germany, Moldova, Pakistan and China. While the Russian population in the city of Odesa is slightly higher (29%) than the region itself, public opinion surveys have consistently shown only token support for joining Russia. For example, following last September’s Minsk Agreement, a poll by the International Republican Institute (IRI) showed 89% of residents of Odesa and other southern regions opposing Russia sending troops to protect the rights of the Russian minority. Odesa residents are pragmatic and generally apolitical. If there is anything they support it’s the maxim: “do not mess up the tourist season” as the region is dependent upon the summer providing needed revenues for business.

Fact: If conflict happens in Odesa, it will be part of a larger military invasion of Ukraine and not an indigenous development. The Kremlin has been trying unsuccessfully for thirteen months to stir up separatist sentiment in Odesa. However, they lack strong public support, and the economic crisis due to recent Russian neglect in the neighboring Moldovan region of Transnistria, is hardly a model that Odesa residents want to duplicate. Saakashvili’s appointment may yet be the scapegoat for the Kremlin to justify an invasion, but the reality is that the Governor has no authority over the Ukrainian armed forces in the region. The armed forces serve under the command of the President of Ukraine and the recent move by Parliament to ban transit of Russian military through Ukraine to Transnistria complicates possible military maneuvers from the region into Odesa. If anything, Saakashvili’s tenure as Odesa Governor will reduce the chance of conflict if he is successful in fighting corruption and creating economic opportunities for Odesa residents.

Odesa Myth No. 3: Odesa will not accept a foreigner as Governor

Fact: Odesa is an international city full of different ethnic groups and with a history of governance by foreigners. Founded in 1794, the city grew dramatically under the leadership of two Frenchman, Duke Richelieu and his successor Count Andrault de Langeron, who served by appointment of the Russian Tsar. This combined twenty year reign by French nobility led to the city becoming the third largest in the Russian empire and being designated a ‘free port’ for trade. Former Georgian President Saakashvili is only the latest foreigner to serve as Odesa Governor. In recent decades, Odesa has been one of the most corrupt regions of Ukraine, rife with mafia and government graft. If reforms can succeed there, then they can succeed anywhere in the country. If Saakashvili can reduce corruption in Odesa like he did in Georgia during his two terms in office, then his place in Odesa’s history will be no less honored than Richelieu’s and Langeron’s. Thus, the only thing Odesa residents will no longer accept, is failing to reform the region.

About the author: Brian Mefford is a business and political consultant working in Ukraine since 1999. Mefford has previously worked for the International Republican Institute and former Ukrainian President Viktor Yushchenko. Mefford opened the IRI office in Odesa in 2008 and he is currently a Senior Non-Resident Fellow at the Atlantic Council’s Dinu Patriciu Eurasia Center.