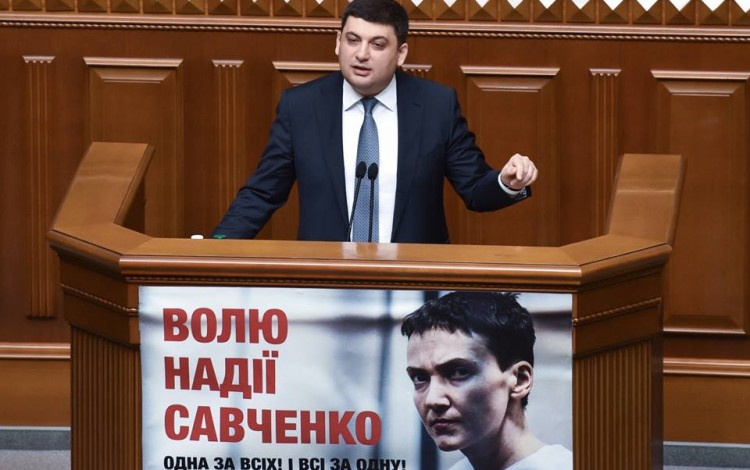 Volodymyr Groysman is Ukraine's youngest ever Prime Minister - but will he fight for the new Ukraine or defend the corrupt values of the old?
Business Ukraine magazine

The Ukrainian parliament elected a new Prime Minister on 14 April, moving the country closer to the end of a political crisis that had threatened to undermine Ukraine’s strengthening economic recovery and erode the modest reformist gains achieved since the 2014 Euromaidan Revolution.

Ukraine’s new Prime Minister is 38-year-old Volodymyr Groysman, who becomes Ukraine’s youngest ever PM. His candidacy gained 250 votes, with support coming from Poroshenko’s parliamentary faction and outgoing PM Arseniy Yatsenyuk’s ‘People’s Front’, together with independent lawmakers and a MPs from the ‘Vidrodzhennya’ (‘Renaissance’) group associated with oligarch Ihor Kolomoiskiy and the ‘Volya Narodu’ (‘People’s Will’) group.

This patchwork of parliamentary support was stitched together after the collapse of the previous ruling coalition in March. Parties led by Yulia Tymoshenko, Lviv Mayor Andriy Sadoviy, and Oleh Lyashko all refused to support the new government, leading to weeks of horse trading in order to cobble together a new parliamentary majority. Some have branded these behind-closed-doors negotiations as a surrender to oligarchic interests. Former investigative journalist turned Poroshenko faction MP Serhiy Leshchenko has said the new government is the result of an agreement between the President and oligarchs, while firebrand ex-PM Yulia Tymoshenko has slammed the new alignment as proof of the continued ascendency of oligarchic powers in the country despite the promises of the Euromaidan Revolution.

Critics have inevitably pointed to the parallels between President Poroshenko’s concentration of power and similar processes under President Yanukovych that eventually saw the latter accused of seeking to establish himself as a virtual dictator. If President Poroshenko is now able to install a loyalist candidate as the country’s new Prosecutor General, these alarm bells will only grow louder.

Along with greater authority comes greater responsibility. With his own appointee as Prime Minister, President Poroshenko now loses the ability to blame others for the continued failure of anti-corruption efforts. The power divide between the Poroshenko and Yatsenyuk factions since 2014 had proved convenient for both camps, allowing them to blame the other for continued corruption and the slow pace of reforms. Ukrainian voters and the country’s international partners will now know exactly where to address their concerns regarding reform failures. The buck now stops with President Poroshenko.