GROYSMAN vs HROYSMAN: Spelling out Ukraine’s identity crisis - why clarity on English-language names would be good start 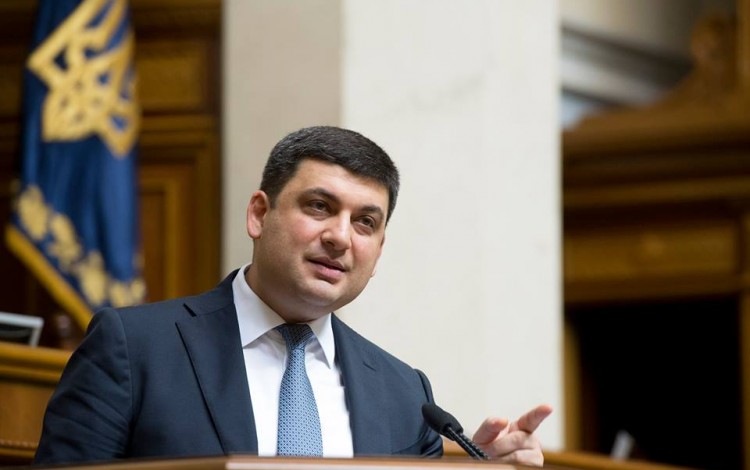 The appointment of Volodymyr Groysman as Ukraine’s new Prime Minister has sparked a new wave of speculation over the future of the country’s stuttering reform drive. It has also highlighted once again the unresolved problems over the correct English-language spelling of Ukrainian names. Variations of the new PM’s family name including Groysman, Groisman and Hroysman have all appeared, with no clarity on the correct or approved version of the name.

This spelling uncertainty may appear trivial when compared to the existential challenges facing today’s Ukraine. However, it actually adds considerably to the sense of confusion over the country’s national identity, creating the impression of an undefined and ambiguous place where opposing realities can coexist in the absence of a convincing central narrative.

On 15 April, Radio Free Europe/Radio Liberty’s popular daily live blog on Ukraine actually featured a post dedicated to the debate over the different spellings of Ukrainian PM Volodymyr Groysman’s name. Linking to a tweet by Danish journalist Simon Kruse on the subject, RFE/RL commented: “It’s nice to see other news rooms having this style decision. We use Volodymyr Hroysman, based on the Ukrainian-language pronunciation of the name, not the Russian.”

Technically speaking, the RFE/RL decision is entirely correct. Hroysman is indeed the closest transliteration of the Ukrainian spelling and would seem to be the obvious choice. However, the new Prime Minister himself chooses to use ‘Groysman’ on his social media platforms – a fact that led Business Ukraine magazine and dozens of other media titles to follow suit.

THE POLITICS OF SPELLINGS

This is nothing new. Ukraine is a de facto bilingual nation that has spent the past 25 post-Soviet years wrestling with national identity issues – a process that has served to transform even the most mundane of linguistic technicalities into hot political topics. The spelling debate over Kyiv vs Kiev, for example, has been raging ever since the early 1990s and is still guaranteed to provoke angry responses and bitter divides among Ukraine-watchers and members of the country’s English-speaking diaspora.

Both the Groysman vs Hroysman and Kyiv vs Kiev issues hinge on Russian or Ukrainian versions of the names in question. As a general rule, Ukrainian versions should clearly be given precedence. However, if individuals such as Groysman choose to use a form that is regarded as technically ‘Russian’, is it not their right to determine how to spell their own names?

Sometimes Ukrainian spelling inconsistencies have little to do with the Ukrainian vs Russian debate and are simply a product of the absence of any centrally coordinated standards. This has been particularly evident in the various online campaigns to promote the cause of imprisoned Ukrainian pilot Nadia Savchenko. Her name has been variously translated as Nadia, Nadya and Nadiia. This lack of consistently has led to significant negative implications for the many twitter storms and hashtags designed to highlight her cause.

Does any of this really matter? It may be more important than many observers might appreciate. As well as suggesting an ambiguous or ill-defined national identity, the lack of accepted English-language spelling consistency also makes Ukraine appear even more Byzantine and impenetrable. To outsiders encountering Ukraine for the first time and analysts trying to make sense of the country, seeing different spellings can add to the sense of disorientation and create unnecessary layers of complexity.

Addressing this issue would not be particularly difficult. The creation of a single government agency to provide official spellings would serve to create consistency and establish ground rules for the English-language versions of Ukrainian names and places. In the case of individuals, it would make sense to allow people to have the final say in how they want their name spelt. Even if numerous spellings of what are ostensibly the same first names eventually made it onto the official list, it would at least create some much-needed clarity.

The task could even be handled by an existing state organ – the much-maligned Ministry of Information Policy would be one obvious candidate. It would certainly not require significant resources. Unlike many of the Ukrainian government bodies and agencies currently in existence, this one would serve a clear and useful purpose. Everyone from media correspondents to diplomats and aid workers would finally have a single reference point to clarify exactly how to spell the names of places like Zaporizhia and people like the new Prime Minister. After all, Ukraine is confusing enough without having three or four different spellings for the same people and places.