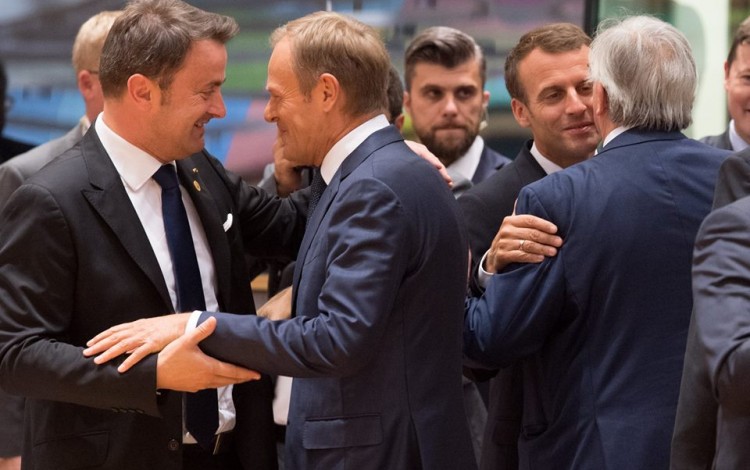 EU leaders agreed on 29 June to extend sanctions against Russia over the Kremlin’s annexation of Crimea and undeclared war in eastern Ukraine. The sanctions, first imposed in summer 2014 as Russian hybrid forces seized towns and cities in Ukraine’s eastern borderlands, have now been extended for the standard six-period a total of eight times. They target Russia’s energy, defense and financial sectors.

The process of extension was reportedly a formality with no opposition from any of the 28 European Union member states. The ease with which the sanctions were again prolonged will come as a disappointment to Moscow, where hopes of some sanctions relief had been briefly raised by the formation of a new Italian government featuring numerous overtly pro-Putin political forces. New Italian Prime Minister Giuseppe Conte said on the eve of the EU summit that sanctions renewal should not be automatic, but the Italian contingent ultimately backed the rapid and unanimous extension of the measures imposed on the Kremlin.

Italy is one of a number of EU member states to issue loud proclamations opposing sanctions on Russia only to quietly support prolongation once sitting alongside their European Union colleagues. This has led many to conclude that vocal opposition to anti-Russian sanctions from individual EU members is merely a tool to win favor with the Kremlin rather than an expression of genuine policy intent.