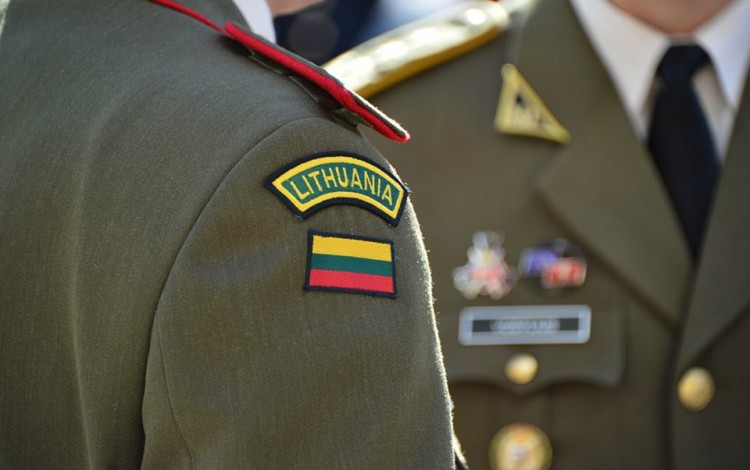 Russia has long defended its actions in Ukraine by playing the victim card and claiming that the real aggressor is America, operating under the guise of the aggressive and expansionist NATO alliance. In this narrative, Russia has had to put up with growing NATO encirclement ever since the fall of the Berlin Wall. It is only natural, the apologists say, that Moscow’s patience eventually snapped.

Russian President Vladimir Putin rehashed these accusations once again earlier this week during his alternative history lesson at the United Nations General Assembly. Nor is Putin alone in advocating such theories. Similar claims have also come from numerous prominent Western politicians including the new leader of the UK’s Labour Party, Jeremy Corbyn.

The NATO encirclement card always plays well wherever anti-American sentiment holds sway, and one thing the Ukraine crisis has taught us is that anti-American sentiment is surprisingly strong throughout Europe. Those who resent American power delight in Putin’s defiance, and seem happy to regard the suffering of Russia’s victims as collateral damage in the otherwise noble cause of cutting Uncle Sam down to size. They point to the growth of NATO since 1991 as proof positive of a vast anti-Russian plot orchestrated in Washington, and argue that the Kremlin is only responding to extreme provocation. These claims are convenient for anyone who regards American preeminence as regrettable, but they fail to recognize that the momentum for both EU and NATO expansion in post-Cold War Europe came largely from the newly liberated nations of the east themselves.

In the early 1990s, few in Western Europe or North America regarded Russia as a continued threat. Instead, geopolitical attention focused elsewhere – on the Middle East, and, increasingly, on the Far East. The process of NATO enlargement in Europe was driven by the security concerns of the former Eastern Bloc states. In a recent article in the UK’s Guardian newspaper addressing the anti-NATO stance of Labour Party leader Corbyn, Lithuanian Ambassador Asta Skaisgiryte summed up the mood of the time rather concisely: “Our countries were not forced or lured into NATO as part of an American global power grab,” he wrote. “We were pounding on the door of the alliance, demanding to be let in, because we feared that Russia might one day become what it is now: a threat.”

Herein lies the crux of the matter. NATO accepted countries that desperately wanted to join the military alliance due to the security guarantees it could provide. NATO did not march into these ex-Soviet satellites, nor did it pressure them into accepting alleged American domination. It did not have to. They came running to NATO because they feared Russia.

At the time, few raised their voices in opposition to what was widely viewed as an organic expansion of the European security system. To do so would have meant recognizing continued de facto Russian domination over the region at a time when the Kremlin was itself desperately trying to integrate into post-Cold War global structures.

Russia must ask itself difficult questions

This period of 1990s thaw was dubbed ‘the end of history’. Today, it seems a very long time ago. Putin has since turned the growth of NATO into his foreign policy trump card. He has played this card repeatedly and he has played it well, but he has never actually addressed the underlying issue of why so many of Russia’s neighbours would seek membership of NATO in the first place. The answer is both obvious and embarrassing for the Kremlin. Russia cannot compete with the West in any battle of values or ideas, so it must necessarily resort to force. Nobody knows this better than the frontline nations of the former Warsaw Pact, which spent decades caged inside the Russian world. It is no surprise that they were desperate to gain the protection of NATO’s collective security as soon as Perestroika had succeeded in temporarily weakening the Soviet stranglehold.

To blame America for the post-Cold War growth of the NATO alliance is to dismiss the self-determination of Russia’s former imperial vassals. Such arguments also attribute too much significance to Russia itself, which had largely slipped off the radar of strategic thinking in Western capitals by the late 1990s. The Kremlin’s dislike of NATO expansion is understandable, but the process was not part of a master plan to lay siege to Russia itself. In reality, it reflected perceptions in the East European neighbourhood that Russia posed a continued threat to sovereignty and independence. In hindsight, such fears seem to have been more than justified.