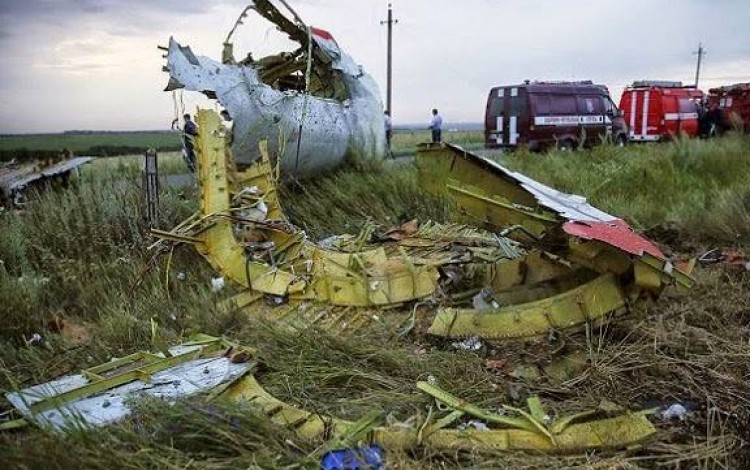 As expected, in late July the Kremlin vetoed United Nations Security Council efforts to establish a UN-sanctioned international tribunal into the downing of civilian flight MH17 over east Ukraine. This move has been widely interpreted as a de facto admission of Russian guilt, but such conclusions also tend to assume that the Kremlin is chiefly concerned with hiding its responsibility for the MH17 attack itself.

In reality, the goal is probably far broader - to prevent the entire Russian hybrid war in Ukraine from definitive exposure. In simple terms, proof of Russian military involvement in the MH17 attack would demonstrate conclusively that the Kremlin has been lying about its role in the Ukraine conflict since day one.

Militants could not have acted alone

The evidence of militant involvement in the MH17 attack is already well known. This includes initial social media posts and Russian media reports about the shooting down of a Ukrainian military transport plane. Then there are the intercepted telephone conversations, eyewitness accounts of BUK missile systems in militant-occupied east Ukraine, and photographic evidence of missile smoke trails - all strongly suggesting that the militants shot down flight MH17 while thinking it was a Ukrainian military aircraft.

The existing evidence would be enough to build a strong case against the Russian-backed militants in east Ukraine. However, this overlooks the suspected Russian military role and fails to take into account the complexity of the BUK missile system, which requires command and radar support as well as teams of trained personnel to operate it.

It would have been virtually impossible for militants to deploy a BUK system on their own, even if they had somehow managed to get their hands on one either via captured Ukrainian military stores in east Ukraine or from Crimea. This leads to the conclusion that at the very least, Russia must have supplied the military personnel and the support systems required to deploy the BUK.

The implications of Russian military involvement in the downing of flight MH17 go far beyond the immediate ramifications for the MH17 investigation itself. In effect, MH17 is the dinosaur bone that would provide irrefutable evidence of Russia’s secret war in Ukraine. The Russian military cannot send BUK systems into foreign countries without orders from senior army commanders. No senior commander would deploy heavy weaponry of this type in a foreign war zone without explicit orders from the very top.

If a UN tribunal ruled that the Russian military was involved in the MH17 attack, it would completely undermine the Kremlin’s longstanding denials over the presence of the Russian army in Ukraine. If Russia deployed sophisticated weaponry of this nature to Ukraine, it would be reasonable to assume that the Russian military presence in the Donbas is far more extensive. Non-combatant nations do not send anti-aircraft missile systems into conflict zones in isolation. Nor do they send random units without the necessary support mechanisms and chains of command. Russian army BUK units operating in Ukraine could only have been part of a much wider stealth invasion force.

The ongoing Netherlands-led probe into the MH17 attack may in due course confirm the majority of these allegations, but Russia will feel relatively comfortable brushing this off as a politicized verdict without any basis in international law – indeed, the Kremlin has already begun laying the groundwork for future rebuttals along these very lines.

That would not prove so easy if confronted by the findings of a UN tribunal backed by the full weight of the international community. The diplomatic credibility of the Putin regime has already taken a battering over the past eighteen months of hybrid warfare and blanket denials – it would be unlikely to survive the shock of such unambiguous exposure. The days of denials would be over, and the Kremlin would need to explain the lies of the past year and a half.

Internationally, the results would be disastrous for Russia. The hawks of the sanctions camp would receive a massive boost, while Russia’s few remaining friends would run for cover as Moscow plummeted towards true pariah status. On the domestic front, the Kremlin would also face difficult questions about the massive disinformation campaign it has maintained over Ukraine in general and MH17 in particular.

Vetoing a UN international tribunal may seem like a rather drastic measure, but it pales in comparison to the fallout the Kremlin would face if such a tribunal ended up exposing Moscow’s entire secret war in Ukraine. Moscow is therefore ready to accept the condemnation of the MH17 victim nations, as long as it can continue to cling to the ‘plausible deniability’ that forms the basis of its hybrid war tactics.