NONSENSE OF NEUTRALITY: Why declaration of a neutral Ukraine would be unlikely to prevent Russian aggression

Many observers believe Ukraine should officially sacrifice the country’s Euro-Atlantic ambitions in order to ease Kremlin concerns, but a fresh commitment to geopolitical neutrality may only encourage further Russian imperialism 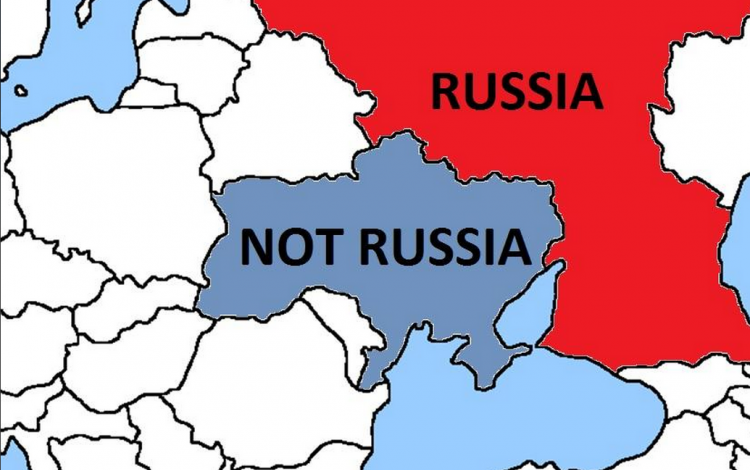 For the past 25 years, independent Ukraine has struggled to define its place in the post-Soviet world. Unsuccessful attempts to strike the right balance between ties with Russia and relations with the Western world have led directly to two popular revolutions and lie at the core of the current conflict in the country’s industrial east.

The horrors of the Russian hybrid war in eastern Ukraine have inevitably provoked renewed calls for a policy of geopolitical neutrality that would ease Russian concerns over Ukraine’s independent development. Advocates of this approach argue that both Russia and the EU should welcome a neutral Ukraine. They claim a geopolitically neutral Ukraine could serve as a commercial, cultural, and diplomatic bridge between the West and the Moscow-led nations of the former Soviet empire.

Critics of this argument believe a Ukrainian commitment to neutrality would only serve to encourage further Russian encroachment without offering any practical benefits. They argue that Russian objections to Ukrainian foreign policy independence run far deeper than mere concerns over European integration, and contend that Moscow views Ukraine’s democratic evolution as an existential threat to the Kremlin’s own authoritarian model. The Institute of World Policy has produced a point-by-point critique of the case for neutrality that highlights the practical shortcomings of this theoretically appealing policy.

1. There is no guarantee Russia would observe Ukrainian neutrality

In light of the numerous violations of bilateral and multilateral commitments given to Ukraine by Russia, it is highly probable that any future hypothetical proclamations of neutrality would face the same fate as the 1994 Budapest Memorandum (the agreement by which Ukraine surrendered the world’s third largest nuclear arsenal in return for security guarantees from Russia, UK and US – Ed.). In practice, any new declaration on the neutral status of Ukraine would help Russia to avoid responsibility for its current aggression while helping Moscow regain access to Western resources. It would also decrease the current Western focus on Ukraine-related issues and create all the necessary preconditions for the resumption of Russian aggression.

2. Adoption of neutral status has no widespread support among Ukrainians

Surveys indicate that only around 25% of Ukrainians support the idea of neutrality or non-alignment. Any attempt to impose a policy of neutrality could lead to serious social unrest. This, in turn, would cause a deterioration in the domestic security situation.

At the time of Russia’s February 2014 invasion, Ukraine was officially a non-aligned state. The Kremlin had enormous leverage in the shape of a long-term lease of Sevastopol port – a condition that actually made a nonsense of Ukraine’s publicly declared neutral status. This did not prevent Russian military aggression – on the contrary, it created favorable conditions for Kremlin intervention.

4. Neutrality will not satisfy Russian objectives in Ukraine

Russia’s objectives in Ukraine are not limited to preventing the country from joining rival political and military alliances. Moscow seeks to maintain a dominant position over Kyiv’s decision-making abilities.

The Kremlin is interested primarily in mechanisms that guarantee its predominant status in Ukraine – namely the preservation of de facto or de jure control over the occupied Crimea and thee occupied parts of Donetsk and Lugansk oblasts, and through them, over the rest of Ukraine.

Moreover, it is crucial to appreciate that by February 2014, the Kremlin had exhausted all available non-military instruments of influence on official Kyiv. This is why Moscow resorted to aggression as the only way to preserve control over Ukraine. This reality has led to the further militarization of Russian foreign policy since 2014, including the creation of military infrastructure along the border with Ukraine, together with the further militarization of Crimea and the occupied regions of Donetsk and Lugansk oblasts.

Besides, the example of Moldova suggests that official neutrality can neither prevent nor help a country cope with the consequences of Russian aggression. Moldova unilaterally declared neutrality and introduced this provision into its constitution in a bid to persuade Russia to withdraw its forces and armaments from Occupied Transnistria. The Kremlin, however, continues to violate the territorial integrity and sovereignty of Moldova.

5. Neutral status would serve as a barrier to international support

Ukraine is one of the largest recipients of foreign aid for defense purposes from the United States. During the first two years following the start of Russian aggression, Ukraine received around USD 760 million for security and defense programs. Adoption of neutral status would block further assistance of this nature from international partners.

6. History tells us neutrality does not provide protection

The neutral status of Belgium, Denmark, the Netherlands, and Norway during the Second World War did not help them to avoid Nazi aggression. Finland and Sweden appear to have recognized this reality. Both have both intensified cooperation with NATO in the wake of Russian aggression against Ukraine.

7. Neutrality is only effective if it suits the interests of the revisionist state

Until Russia ceases to view Ukraine as a country within its “sphere of influence”, neutrality will lead not to the normalization of relations with Russia. If implemented, it would merely deprive Ukraine of foreign policy options.