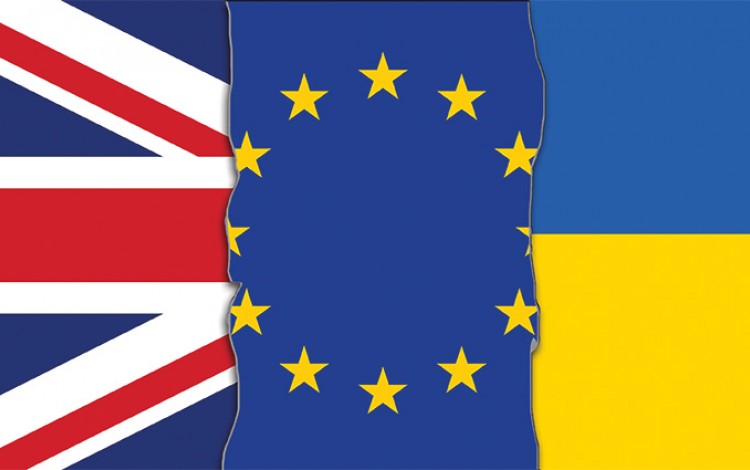 The UK’s historic ‘leave’ vote in the referendum on EU membership took almost everyone by surprise. Pollsters and experts alike had predicted a narrow victory for the ‘remain’ campaign, but they fatally underestimated the depth of antipathy towards the EU among many UK voters and the desire to strike a blow against ‘the establishment’. London, Scotland and Northern Ireland did indeed vote to remain within the EU, but relatively poor Wales and much of the rest of England voted for Brexit, tipping the balance decisively in favour of a departure from the EU.

No longer on ‘the wrong side of history’?

Why did so many English voters back the push to leave the EU? Plenty appear to have viewed the referendum primarily in nationalistic terms, as witnessed by popular slogans like, “We want our country back!” This resurgence of long dormant English nationalism is both a product of recent historical developments within the UK and a reaction to broader global trends unleashed since the end of the Cold War. In 1991, the ultimate triumph of liberal democracy seemed all but assured as experts spoke about ‘the end of history’. All through the 1990s, formerly authoritarian European countries adopted liberal democratic models of government and slowly began to prosper. The great ideological arguments of the past appeared to be over. The future belonged to soft power, open borders, free trade, globalisation and representative government by democratic institutions. These assumptions are now subject to increasingly open ridicule as those who found themselves on ‘the wrong side of history’ fight back.

Where does English nationalism fit into this process? England is one of the world’s oldest nation-states, but since the Act of Union between England and Scotland in the early eighteenth century, English identity has found itself buried beneath a larger British national identity. English nationalism first began to re-emerge as a political phenomenon in the 1990s in response to growing Scottish and Welsh nationalism, itself spurred along by the devolution processes ushered in by the New Labour government of Tony Blair. Grassroots campaigns called for the creation of an English parliament to mirror the Scottish, Welsh and Northern Irish bodies, while English football fans began ditching the British Union Jack flag in favour of the English St. George’s Cross.

Anti-globalist populism on the rise

This growing sense of English national identity is an important phenomenon but it is not enough in itself to explain the momentous Brexit vote. Instead, the result of the referendum only begins to make sense when viewed as part of a far larger populist movement that is increasingly taking root throughout Europe and the US. Populist politicians are currently gaining ground in all of the mature democracies of the Western world. They are achieving success by placing themselves in direct opposition to the establishment ‘elites’ – career politicians, international corporations, bankers, the mainstream media and other groups perceived to be behind the relentless march towards globalisation.

Many Brexit voters complained that British politicians routinely ignore them. Their decision to back Brexit was in many ways a protest vote against this lack of a voice in the political debates shaping the modern world. Nobody, they claimed, had taken their concerns on key issues such as immigration and globalisation seriously. Identical complaints can be heard throughout the Western world, whether they are coming from Trump fans in the US, Le Pen voters in France, Wilders backers in the Netherlands, or supporters of any one of dozens of populist parties sprouting up across the EU. The losers of globalisation are mobilizing, and their leaders are keen to portray them as the silent and downtrodden majority.

Ukraine also has its own demographic of globalisation losers – the people who voted for the Communist Party throughout the 1990s, before switching their allegiance to the Party of Regions until 2014. Many of these Ukrainian voters see themselves as disenfranchised by the tides of history and now support the Donbas separatist movement. They are angry at the modern world and nostalgic for an idealized past.

One of the factors uniting these geographically diverse populist movements is the belief in an existential threat to their historical sense of identity. Brexit voters in the UK and Ukrainian supporters of Putin’s hybrid war in the Donbas both share a deep sense of suspicion towards the European Union. For different reasons, they see it as a supranational body that is part of a globalisation process threatening to destroy their identity. In Ukraine, many opponents of EU integration believe the process is undermining the unity of the so-called ‘Russian World’ while forcing them to reject the Soviet legacy and Orthodox values. In the UK, anti-EU complaints tend to focus on mass immigration and the eradication of English identity.

Elsewhere in Europe, current perceptions of the EU are being negatively coloured by opposition to recent waves of largely Muslim refugee migration. In this context, German Chancellor Angela Merkel’s decision to welcome one million refugees from Syria and elsewhere in the Middle East begins to look like one of the greatest historical blunders of the modern era.

The Brexit vote has undoubtedly strengthened this populist anti-globalisation movement. Donald Trump was quick to draw parallels between the UK referendum result and his own campaign to win the US presidency, while Eurosceptic forces in every EU state toasted the Brexit victory and called for additional referendums in their own countries.

Although Vladimir Putin has remained publicly tight-lipped over the UK referendum result, he is sure to be privately delighted. The Kremlin believes a UK exit from the EU will assist in the weakening and eventual dismantling of the European Union – one of Moscow’s key foreign policy goals. Despite portraying himself as a staunch ‘anti-fascist’, Putin has long financed and supported anti-EU nationalist political forces in Europe – many of them regarded as borderline fascists in their own countries. The departure of the UK will render this destabilisation project all the easier, while making it significantly more challenging for the EU to maintain a united front against Russian aggression.

The Brexit effect in Ukraine

The UK referendum results will have a direct impact on Ukraine in a number of ways. Firstly, with the UK outside the EU, Ukraine will lose a major lobbyist for EU membership. Britain always supported EU and NATO enlargement and has advocated for Ukraine’s eventual membership of both organisations. Meanwhile, the European Union itself will inevitably have to place expansionist initiatives on pause - including engagement with Ukraine. There was already extremely limited EU appetite for greater Ukrainian integration – the UK referendum result now makes calls for closer ties with Ukraine politically toxic.

The Brexit vote will also make itself felt on Ukraine’s still emerging democratic culture. Anti-establishment politicians are now likely to see their popularity increase considerably. The Panama Papers succeeded in placing President Poroshenko firmly among the global elite, leaving him vulnerable to anti-establishment attacks and the kind of public anger that led to Ukrainian Maidan uprisings in 2004 and 2013-14.

Ukraine is still suffering from conflict in the east while also failing to counter rampant corruption, making the country particularly susceptible to further bouts of political instability. None of the Ukrainian soldiers I met during a recent tour of the east Ukrainian frontlines expressed any trust in the current government’s ability to defend Ukrainian identity and sovereignty. The success of anti-establishment efforts in the UK – and elsewhere in Europe and America – will help to fuel the belief that protest votes can lead to change.

Ukraine’s response to the shock of the Brexit vote should be an even more determined approach to the reform process that is central to European integration. The EU is currently on the ropes and desperately needs the kind of positive narrative a successful Ukrainian transition would represent. At present, Ukrainians are among the biggest supporters of the EU in the whole of Europe. This support – and the nation’s sacrifices – could serve as an extremely timely reminder of the fundamental European values underpinning the European Union project as a whole.

However, it is far from clear whether the present government in Kyiv is capable of meeting this challenge. This raises the prospect of increased calls for pre-term presidential and parliamentary elections. It is not demands for pre-term elections that are the main source of political instability in today’s Ukraine. It is President Poroshenko’s apparent unwillingness to implement the demands of the Euromaidan Revolution in the fields of justice, the rule of law and fighting high-level corruption. These reform failures carry with them the kind of risks so dramatically exposed by the Brexit vote. Angry minorities can become decisive majorities if they are ignored for long enough.

Ultimately, events in Kyiv may not prove decisive. With anti-globalist movements on the march from the Welsh valleys to the American Midwest, current geopolitical dynamics clearly do not favour Ukraine’s integration into Euro-Atlantic structures. Even if Ukraine does manage to reform successfully, it runs the risk of finding itself on the wrong side of a fast-changing historical narrative. The populist wave sweeping across the Western world places the entire historic triumph of liberal democracy under threat. At this rate, the party could be over before Ukraine even arrives.