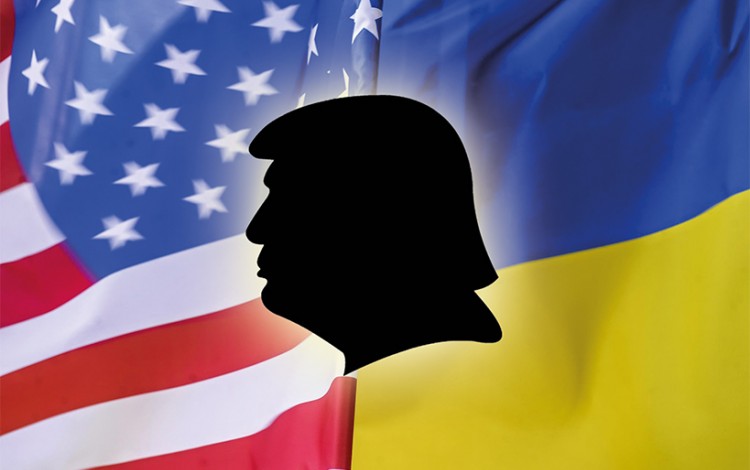 American voters succeeded in surprising everyone by electing Donald Trump. Many in Kyiv now fear Ukraine will pay the highest price. During the campaign, Trump frequently suggested he could deal constructively with Vladimir Putin, and even expressed admiration for the Russian leader. With Ukraine and Russia locked in a semi-frozen conflict and Ukrainian soldiers dying almost daily, any thaw in US-Russian ties could see Ukraine becoming a bargaining chip.

The US election result sparked considerable panic among Ukraine’s leaders. Nobody in Kyiv had seriously considered the possibility of a Trump victory. Admittedly, no major US pundit or newspaper (with the exception of the Los Angeles Times) predicted a Trump victory either. However, Ukrainian leaders were at fault for failing to establish ties with the Trump campaign. During the primaries, the Ukrainian government cultivated cozy ties with the campaigns of Governor Kasich, Senator Rubio, and Senator Cruz among others. After the primaries, Ukraine appeared to put its eggs entirely in the “Hillary for President” basket.

Ukraine now finds itself in a precarious positon with the US president-elect. Some Ukrainians (including some in the diaspora) recommend attacking Trump and announcing their opposition to the new US administration. This would be disastrous. Ukraine’s economy is currently reliant on the International Monetary Fund (IMF) - of which the US is the primary contributor and influencer. US-led sanctions on Russia over the annexation of Crimea and war in the Donbas are a key reason why the Russian army has not advanced deeper into Ukrainian territory. In addition, US technical assistance and humanitarian aid are critical to rebuilding the country and reforming state structures. Ukraine must therefore maintain a strong relationship with the United States. What can Ukraine do to ensure its historically positive relationship with the United States remains strong under a Trump presidency? The Ukrainian government must urgently take three steps prior to Inauguration Day in January 2017.

The Ukrainian diaspora and diplomats in Washington play important roles in promoting Ukrainian interests, but neither group are professional lobbyists. Every country that is serious about its national interests hires professional lobbyists in Washington. Diaspora and diplomats will see their influence and results maximized when working in tandem with a DC lobbying firm. Russia understands this well and has spent as much as USD 50 million in a single year to hire powerhouse former Senators to lobby their interests. Meanwhile, Ukraine’s government saves kopeks by relying on the goodwill of Uncle Sam. If Ukraine wants sanctions to stay and support to continue at current levels, it is time to invest in professional lobbying help. Given that the new administration and both Houses of Congress are Republicans, Ukraine would be wise to hire a firm with strong Republican ties. In normal situations, a country would want to hire a lobbying firm that is primarily bipartisan. Given the previous overinvestment in Clinton and the Democrats by the Ukrainian administration, they now need to overcompensate for this miscalculation.

During Euromaidan, the Ukrainian diplomatic mission in Washington and the diaspora both played key roles in informing Congress about the need to confront President Yanukovych. While Ukraine’s government recruits lobbyists, Ukraine’s diplomats and diaspora must seek out allies on Capitol Hill. Pro-Ukrainian hawks on the Senate Foreign Relations Committee like John McCain, Marco Rubio, and Rob Johnson were all recently re-elected. These Republican lawmakers will continue to play a critical role in deciding Ukraine policy. It is crucial to remind them of the importance of sanctions, foreign aid, and lethal arms for Ukraine. Democrats in the House including Ukraine Caucus Co-Chairs Marcy Kaptur and Sander Levin must also be cultivated. While Ukraine needs Republican lobbying help to improve ties with the incoming presidential administration, it is vital for the Ukrainian diaspora to act as a watchdog of both parties, and not just a lapdog for one party.

Ukraine will inevitably face scrutiny from the Trump administration over its perceived one-sided support for Hillary Clinton. The best way to demonstrate that Ukraine is still worth supporting is to show concrete results in the fight against corruption. Maintaining the current slow pace will only amplify voices near Trump that suggest Ukraine is not worth the political cost to America’s relations with Russia. Ukraine has had more than two years to show real progress in fighting corruption. Now is the time for the country to put some “bandits in prison”. Cosmetic tweaks and e-declarations are no longer sufficient. Jailing Yanukovych-era officials for theft and other crimes will reinforce the message that Ukraine is a potential success story that deserves continued US support. Trump loves success stories and hates losers.

Following the 2008 US presidential election, some foreign policy advisers to Barrack Obama took issue with Georgia for its perceived support of John McCain. This resulted in a more distant US-Georgian relationship and eventually contributed to the subsequent election defeat of Mikheil Saakashvili. Ukraine’s government would be wise to take immediate action to avoid a similar fate.

About the author: Brian Mefford is Director of Wooden Horse Strategies LLC, a political and business consulting firm based in Kyiv. Mefford is a former Director of the International Republican Institute (IRI) and adviser to Ukrainian President Victor Yushchenko. He has lived and worked in Ukraine for 17 years.